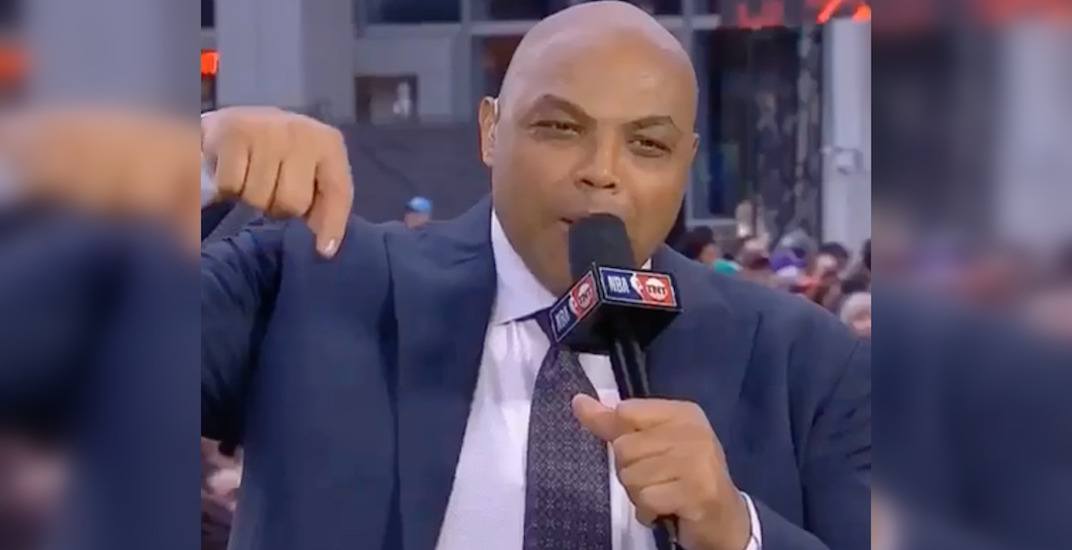 Charles Barkley is a showman, but he wasn’t just telling the crowd what they wanted to hear.

Because he really likes Toronto.

In Toronto for the Raptors-Bucks Eastern Conference Finals series as part of the NBA on TNT panel, Barkley once again expressed great admiration for Canada’s largest city.

“My favourite city in the world is Toronto, Canada!” Barkley said in front of a pro-Raptors crowd in Maple Leaf Square before Game 3. “I’m glad to be back!”

“AND THE RAPTORS ARE GONNA WIN TONIGHT!!”

Shaquille O’Neal asked Barkley if he was guaranteeing victory for the Raptors, to which Sir Charles said: “I GUA-RAN-TEE IT!” as the crowd roared in approval.

Barkley has never been shy about expressing his love for Toronto, repeatedly calling it his “favourite city in North America” last year.

Barkley also predicted success for the Raptors last season, saying they would make the NBA Finals.

At least on one night, Barkley’s prediction came true, as the Raptors beat the Milwaukee Bucks 118-112 in double overtime in Game 3.