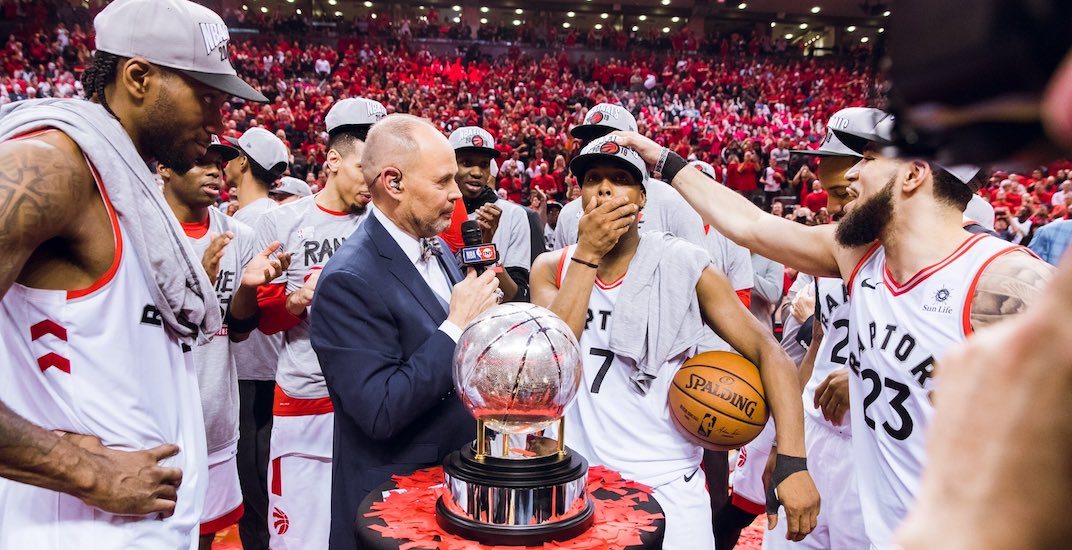 After defeating the Milwaukee Bucks, the Toronto Raptors are off to the NBA Finals for the first time in franchise history.

It’s a proud moment for everyone involved with the Raptors, who went all in this season, starting with acquiring Kawhi Leonard last summer.

The move paid off, and then some.

The Raptors beat the Orlando Magic with ease in Round 1 before needing a buzzer-beater in Game 7 to get past the Philadelphia 76ers. They faced adversity in the Eastern Conference Finals, falling behind 2-0 before storming back with four straight victories.

But none of Toronto’s opponents compare to the challenge facing them in the Finals.

Winners of three of the last four championships, the Golden State Warriors are making their fifth-straight appearance in the NBA Finals.

The 58-win Raptors will have home court advantage, but make no mistake, the Warriors (57 wins) are the heavy favourites – even without superstar Kevin Durant due to injury. The Warriors beat the LA Clippers and Houston Rockets in six games each during the first two rounds, before sweeping the Portland Trail Blazers in the Western Conference Final.

Game 1 begins on Thursday at the Scotiabank Arena in Toronto.