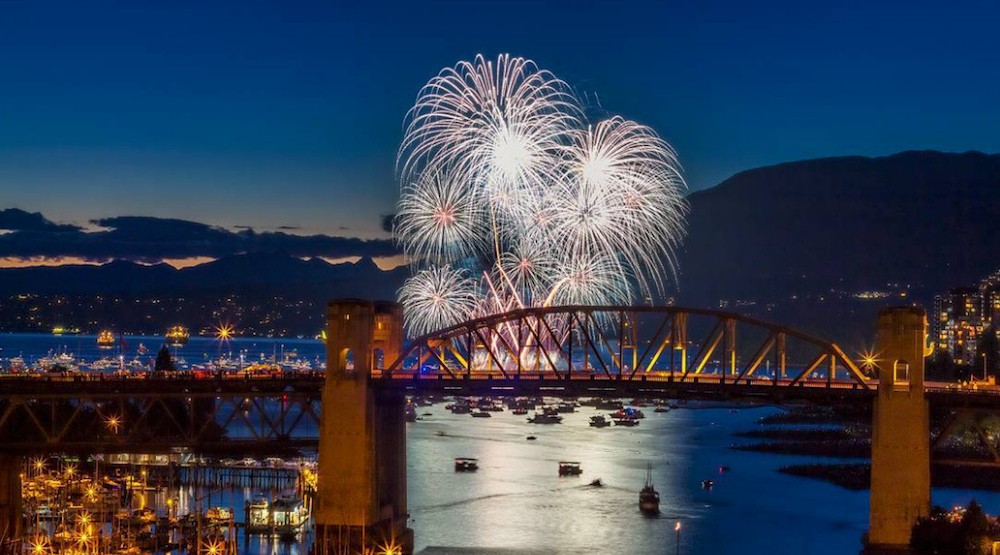 Local businesses in and around the downtown Vancouver peninsula typically experience a surge in activity during all three nights of the annual Honda Celebration of Light, but this year’s Disney factor on the final night sent businesses into overdrive.

With great weather throughout the week, organizers say 1.2 million people attended the event at the beaches and parks around English Bay. An estimated 300,000 people attended each of the Netherlands and Australia nights while 600,000 people saw the United States of America night, attracted by the power and strength of the Disney brand. It was a single-night attendance record for the festival in its 26-year history.

As with any major event that brings large crowds into downtown, restaurants, retailers, bars, and nightclubs across the peninsula benefitted from the revellers passing through and entering their businesses.

“It’s just a big draw for the summertime period and we know that when people come, especially those who live in Metro Vancouver but don’t visit downtown often, this is an excuse to go shopping and go to the restaurants that may not have a chance to do a on a regular basis,” Charles Gauthier, President and CEO of the Downtown Vancouver Improvement Association, told Daily Hive. “It’s good exposure and good for the bottom line for a lot of business members.”

We had a blast sponsoring this year’s oohs, ahhs and whoos at the fireworks. Thank you Vancouver! #CelebOfLight #Honda #HondaCanada #POTD #Fireworks

The fireworks competition typically generates about $40 million in economic activity for the region each year, but this year’s figure could be even bigger given the larger attendance, according to Paul Tilbury, co-chair of the Vancouver Fireworks Festival Society, the organization that stages the event annually. In contrast, last summer’s FIFA Women’s World Cup held across Canada generated $82.9 million in economic activity for Vancouver and $118.8 million for the province as a whole. BC Place Stadium in downtown held nine matches, including the championship final, over seven days of the 30-day event period.

The economic activity driven on the final fireworks night was compounded with the activity driven by those who were visiting the region for the Vancouver Pride Parade held the next day. Many visitors likely extended their stay for the back-to-back double header of major events during the same long weekend; hotels across the city were completely book weeks in advance.

“By having the Disney pyrotechnic display on the last night of the Honda Celebration of Light, what it does is it takes advantage of the number of individuals who are in town to attend the Pride Parade the subsequent day,” said Tilbury.

“I think the casual observation was there were a lot more families with younger children attending. There were a number of people that I met who were from out of town and extended their stay because they knew Disney was performing, specifically visitors from the United States.”

Based on survey data from previous years, about 40% of the Celebration of Light’s typical annual audience is from outside of the Lower Mainland. A recent Conference Board of Canada report noted that Vancouver’s tourism industry is booming and forecasted to lead the country this year with a 4.1% growth. This can be partially attributed to the low Canadian dollar, making it more affordable for Americans to visit Canadian destinations.

In a post-event interview with Daily Hive, the pyrotechnics team from Walt Disney World Resort in Florida, this year’s winning team, expressed their interest in returning to Vancouver given their exceptional first experience here. Local organizers will be following up on that interest.

“We are very keen to see Disney return to Vancouver and light up the sky one more time, and we’ll be working very closely with them to determine their level of interest and when we may be able to bring them back to Vancouver,” continued Tilbury.

The dates for the 2017 Honda Celebration of Light will be announced this fall while the participating pyrotechnic teams are made public in the spring.