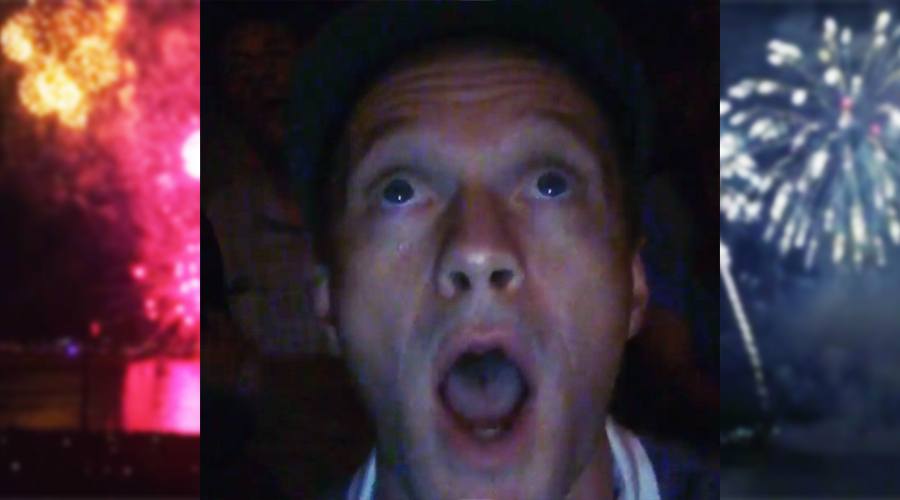 Neil Patrick Harris was among the crowd of hundreds of thousands of people at English Bay Beach in Vancouver on Saturday for the Walt Disney Company’s final fireworks show at this year’s Honda Celebration of Light.

It appears that the 43-year-old, best known for his starring roles in How I Met Your Mother and Doogie Howser, M.D., was taking in the out-of-theme-park Disney show from the YVR Observation Deck grandstands.

A video posted by Harris on Sunday shows a portion of the Fantasia segment of the fireworks show and ends with his priceless facial expression of awe and wonder:

Relive the entire 25-minute Disney show at the 2016 Honda Celebration of Light:

Harris, a renowned Disney fan, has previously worked on a number of theme park-related projects for Disney, including providing the voice for Disney California Adventure Park’s California Screamin’ roller coaster and being the host for the ABC-televised Disney Parks Christmas Day Parade special in 2013.

More recently, through a pre-recording, he became the host for Disney California Adventure Park’s new ‘World Of Color’ water and light show, which has been running at the theme park every night since May 2015.

The following day, after the Celebration of Light,  Harris was spotted taking in the Vancouver Pride Parade and ‘hanging out’ at XY nightclub in the Davie Village. And just last week, he posted a vacation photo from Whistler with his partner David Burtka and their two children.

Vacation weekend in Whistler. Wow, the @fswhistler is epic – majestic, tranquil, awesome. Thanks for memories that will last lifetimes. #grateful