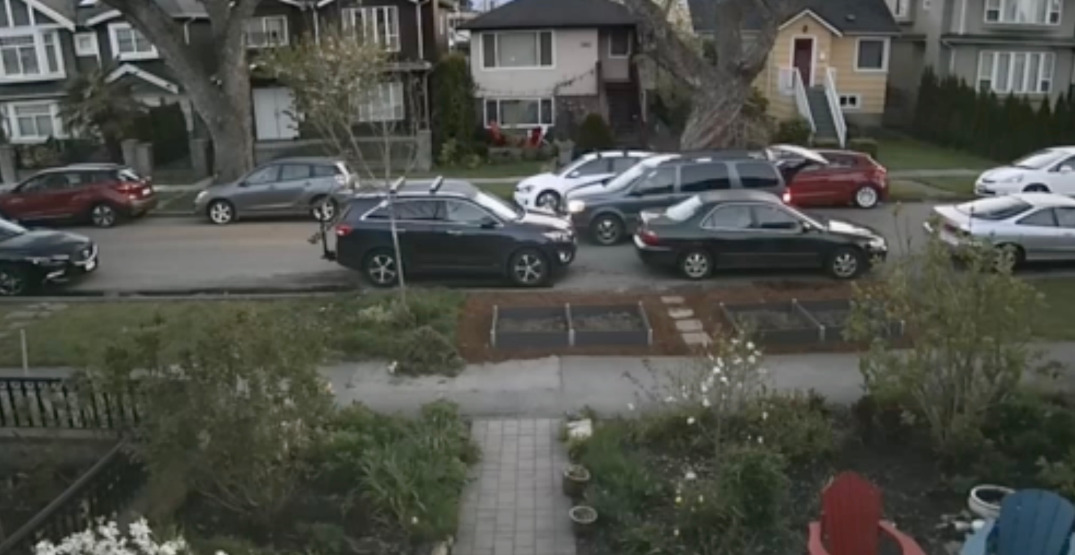 A video that Daily Hive has received showing a catalytic converter theft in a Vancouver neighbourhood highlights just how quick and easy the process is.

“I had my catalytic converter stolen off my car today at 6 am,” she said in an email yesterday.

She went on to say that her neighbour’s catalytic converter was also allegedly stolen just three doors down from her.

The video shows a van pulling up in the middle of a residential neighbourhood before someone pops out of the trunk. The person who jumps out pulls out some sort of long cable from the back of the van before he disappears out of view. The van then speeds off at which point you can see the cable hooking the underside of one of the cars parked on the street, before pulling out the converter and disappearing out of view.

You may have heard stories about catalytic converter thefts spiking during the pandemic. The main reason people steal these car parts is because the resale value is high.

According to the Prince George Towing website, catalytic converters can be worth anywhere between $300 to $1,500 on average, but in more expensive cars can be worth as much as $4,500.

“Catalytic converters are valuable for their precious metals, such as rhodium, palladium, and platinum. These metals increase the scrap’s monetary value, and they are often the reason that junkyards are willing to pay the big bucks for your old car.”

While you can still theoretically operate your vehicle without a converter, you run the risk of doing harm to your vehicle and the environment.

Daily Hive has reached out to the victim and the VPD for more information about this incident.

In the meantime, it might be a good idea to keep your eyes peeled.