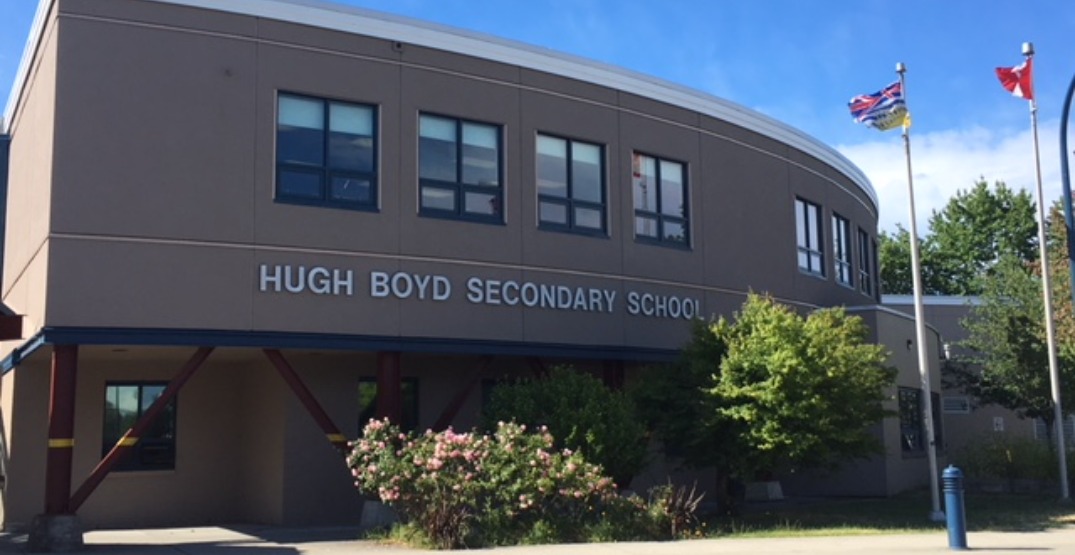 The force said two students at the school were involved — a 14-year-old girl and a 17-year-old boy. The girl had to go to the hospital for serious, but not life-threatening, injuries sustained during the attack.

The older boy was arrested but released to his legal guardian at the scene.

Police couldn’t release any additional information about the identity of the students because of privacy protections in the Youth Criminal Justice Act.

“We recognize that these types of incidents can have a detrimental effect on an entire school community,” the force said in a news release. “Richmond RCMP’s Victim Services personnel and School Liaison Officers are engaged and working with the Richmond School District to ensure the safety and well-being of all those affected.”

On Friday, David Sadler, the spokesperson for Richmond School District, told Daily Hive that the administration was made aware of the incident by a student who called her parents and then notified school staff she had done so.

Sadler confirmed that the 14-year-old victim’s parents arrived at the school to take their daughter to the hospital. The father returned that same day to discuss the incident with school staff.

“District guidelines are being followed, and the district is currently providing additional counselling support to the school community.”