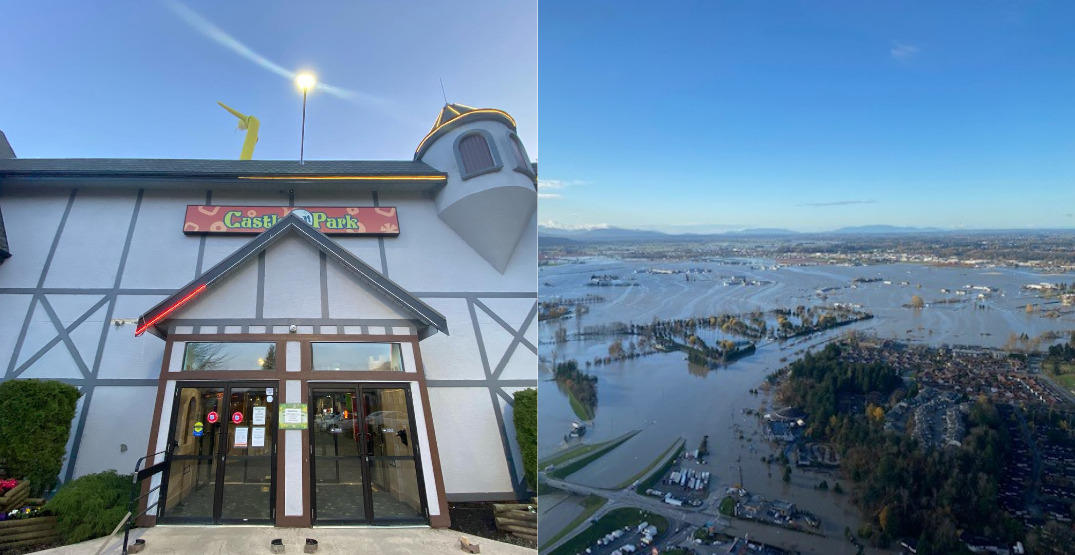 Castle Fun Park will be back according to its owners who provided an update on the situation at the park via social media.

News circulated about the devastating flooding at Castle Fun Park after aerial shots were shared on social media which seemed to show large portions of the park underwater.

The owners are optimistic that they’ll be open again in the not too distant future.

Reports of flooding at Castle Fun Park emerged on November 16.

The Abbotsford Emergency Operations Center (EOC) has received numerous photos from Air 1 to assist in assessing the damage. The photo attached is from the Whatcom Road & Highway #1 interchange this morning. pic.twitter.com/o9iG98N7Me

The Park, located at 36165 North Parallel Road in Abbotsford is owned by the Wiebe family, who shared a recent update via Facebook and Instagram. “We look forward to rebuilding and serving you once again as a place to get away and have fun!”

The update was lighthearted and they were able share a joke with their fans saying, “we have three underwater mini golf courses now!”

They also thanked the public for their support during a stressful time for a lot of people in the Fraser Valley. “We appreciate all the well wishes, support and encouragement from our CFP family, friends and fans.”

It is unclear how much of the facility sustained damage and what the extent of the damage is, but Daily Hive has reached out to the Wiebe family for more information.