Municipal operating budget discussions for 2022 in the City of Vancouver will approach the apex in early December, with city staff holding onto the mandate from city council to keep any annual property tax increase to an average of 5%.

Based on median assessed home property values, a single-family home worth $1.7 million can expect to pay $137 more in 2022, a condominium home or strata unit worth $711,000 would pay $57 more, and a business property worth $1 million would pay $247 more. Overall, the average residential property — assessed at $1.2 million — would pay $95 more next year.

In 2021, Vancouver had the third-highest combined municipal property tax and utility fees in Metro Vancouver for the average single-family home, reaching $5,181. This is above West Vancouver at $7,303 and White Rock at $5,316, but just below New Westminster at $5,158 and North Vancouver District at $4,936.

When property taxes collected by both the city and other taxing authorities are accounted for, Vancouver in 2021 ranked second amongst the region’s municipalities, with a rate of $8,039 — after West Vancouver at $10,860, but above North Vancouver District at $7,103 and White Rock at $7,019. 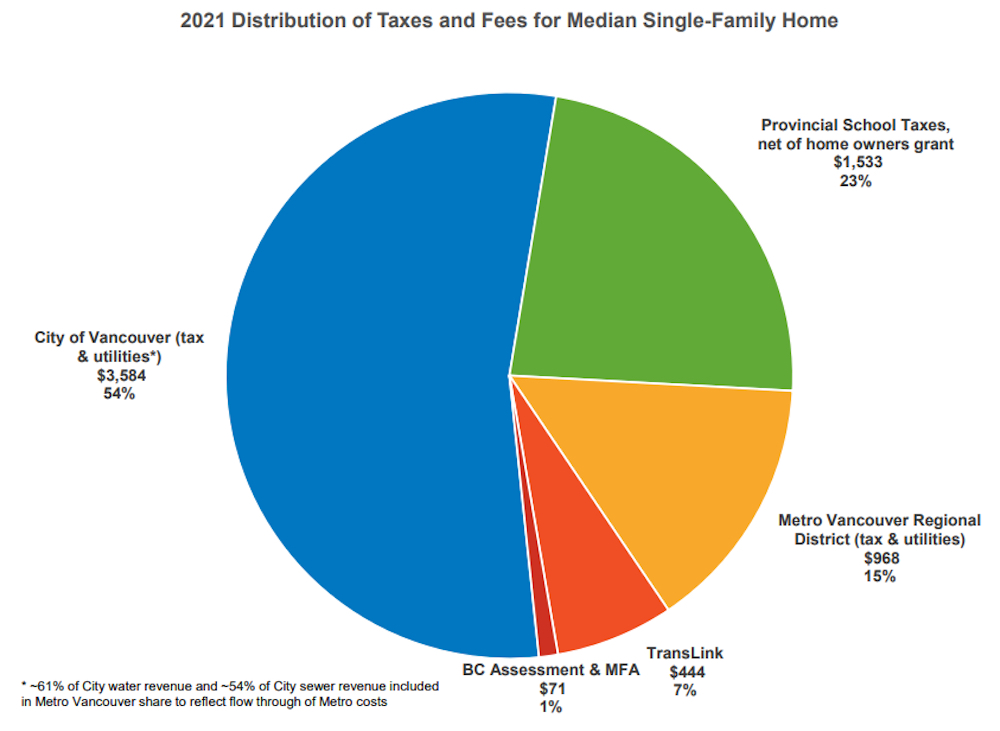 2021 distribution of taxes and fees for median single-family home in Vancouver. (City of Vancouver) 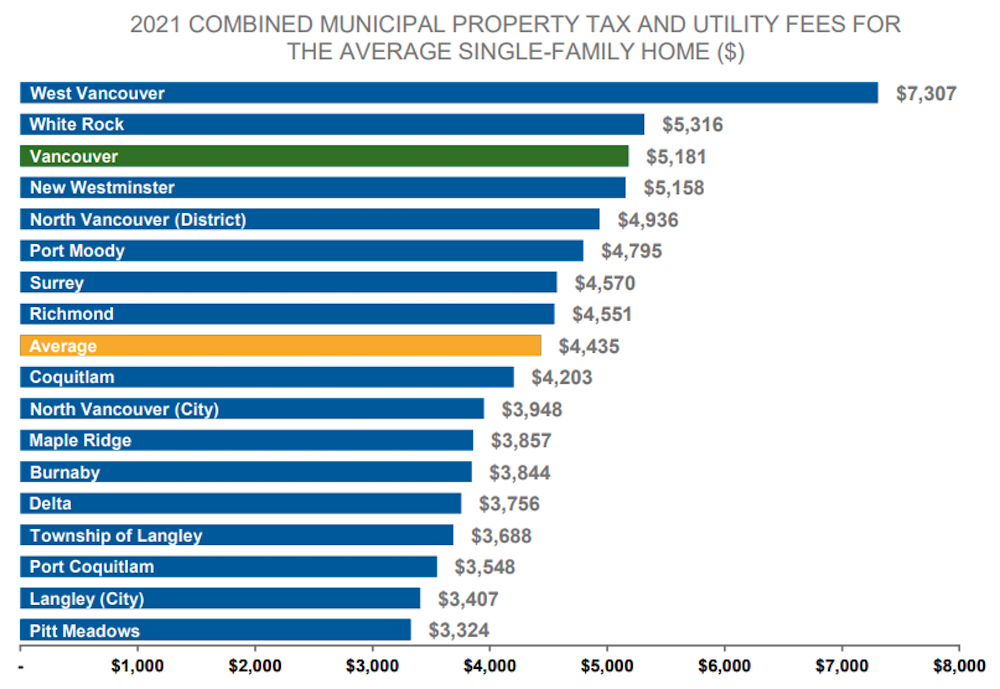 2021 combined municipal property tax and utility fees for the average single-family home in each Metro Vancouver municipality. (City of Vancouver) 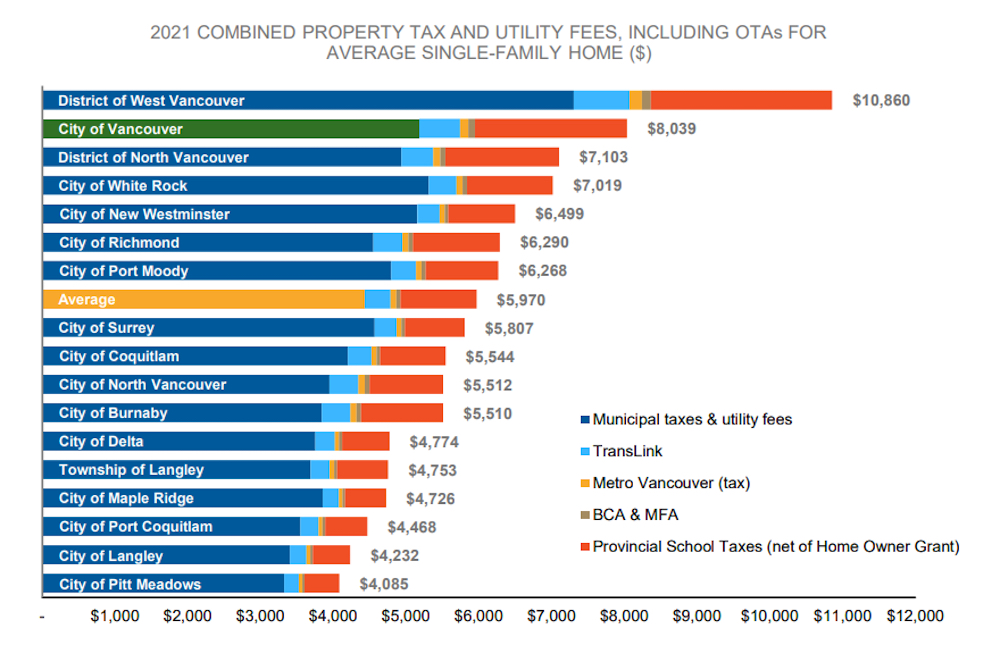 2021 combined property and utility fees in each Metro Vancouver municipality, including other taxing authorities, for the average single-family home. (City of Vancouver)

Vancouver’s proposed 2022 operating budget is $1.7 billion, with city staff identifying $45 million in cuts to the previously envisioned budget to maintain the property tax increase at no more than 5%. The property tax covers 57% of the city’s operating budget, increasing by $54 million in 2022, followed by 21% for utility fees, 5% for license and development fees, and 4% for each of parking, program fees, and the trio of cost recoveries, grants, and donations.

Parking revenues in 2022 are anticipated to return to pre-pandemic revenues, rising from $64 million in 2021 to $75.4 million next year.

The 2022 operating budget will result in a year-over-year increase of $144 million due to factors that include wage increases as a result of union agreements and additional costs for utilities.

Vancouver Park Board’s operating budget will rise by $7.6 million to $143.2 million in 2022. The operating budgets for the Vancouver Police will increase by $6.3 million to $347.2 million, while Vancouver Fire & Rescue Services will have $3.1 million more to work with, increasing their budget to $147.2 million. About $2.3 million of the total fire and rescue services budget is dedicated to helping cover the cost of drug overdose response.

It is also noted that the city will spend $24.6 million from its operating budget in 2022 towards affordable and social housing projects.

Within the engineering department, a $300,000 increase is set aside for street cleaning, which raises the total budget for this particular public works to $11.6 million.

Separate from the operating budget, city staff are also proposing $43 million in cuts to the 2022 capital budget from what was previously allocated for the year in the 2019-2022 capital plan, which largely supports investments in new infrastructure and facility construction. Various projects would be delayed or see their scopes deferred to a future capital budget.

Vancouver City Council will begin deliberations on the draft 2022 budget on December 1.