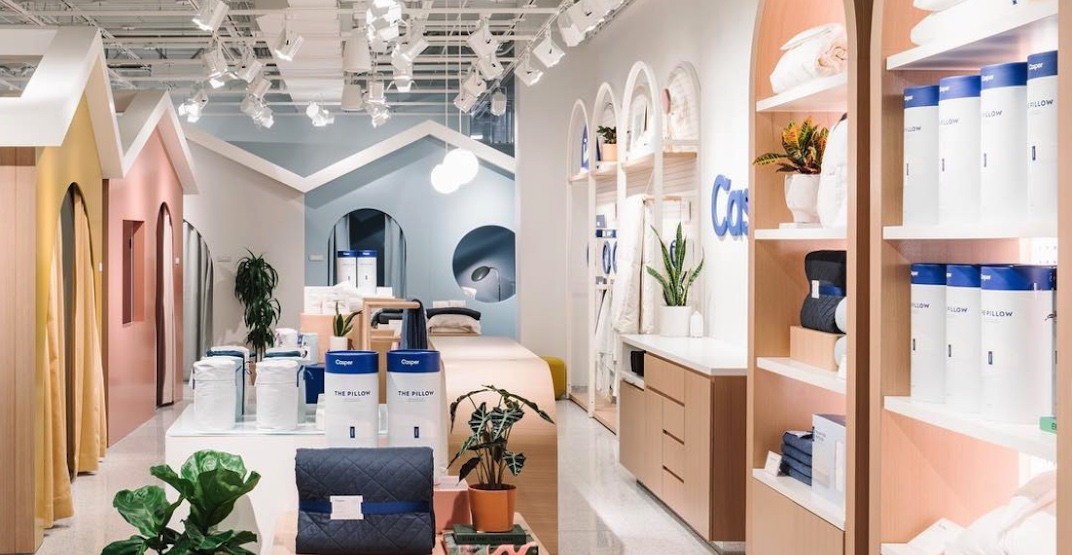 Online foam mattress-in-a-box maker Casper has announced that it will be opening its first brick-and-mortar retail store in Vancouver this week.

The Casper Sleep Shop opens at 2294 West 4th Avenue in Kitsilano on Friday, July 19, taking over a 2,900-sq-ft storefront space next to Browns Social House.

This is the New York City-based company’s third retail store in Canada, and more are planned for opening later this year.

Sleepers will be able to shop and test the company’s product line, including its ‘Made in Canada’ Casper mattress and Essential mattress. They will even be able to book a nap to experience the products in one of the store’s miniature homes.

Since it was founded in 2014, Casper has exploded in popularity in the marketplace, competing with traditional bed manufacturer giants.

Earlier this year, the company was valued at USD $1.1 billion following a new USD $100 million round in funding, with investors that include the CEO of Canada Goose. It reported revenues of over USD $400 million in the last fiscal year.