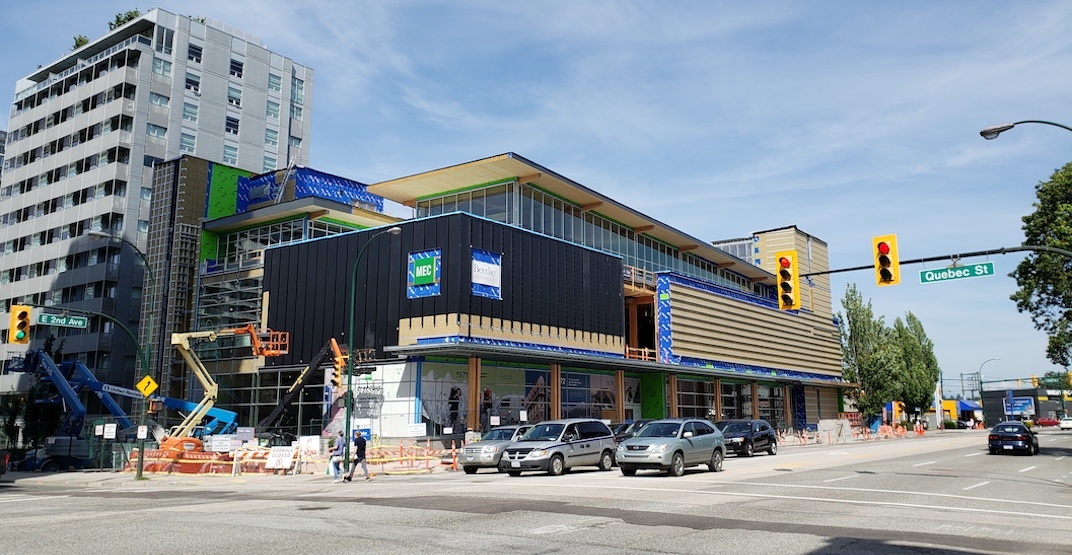 Construction on Mountain Equipment Co-op’s (MEC) new Vancouver flagship store in the Olympic Village district is nearing an end, ahead of the planned Fall 2019 opening.

MEC is planning a big move of its Vancouver store, which is currently located at 130 West Broadway. An exact opening date will be announced at a later time.

The new store will be a few blocks south of the existing location, at the northeast corner of the intersection of 2nd Avenue and Quebec Street. Beedie Development has leased the property to MEC for 20 years, with options for renewal. 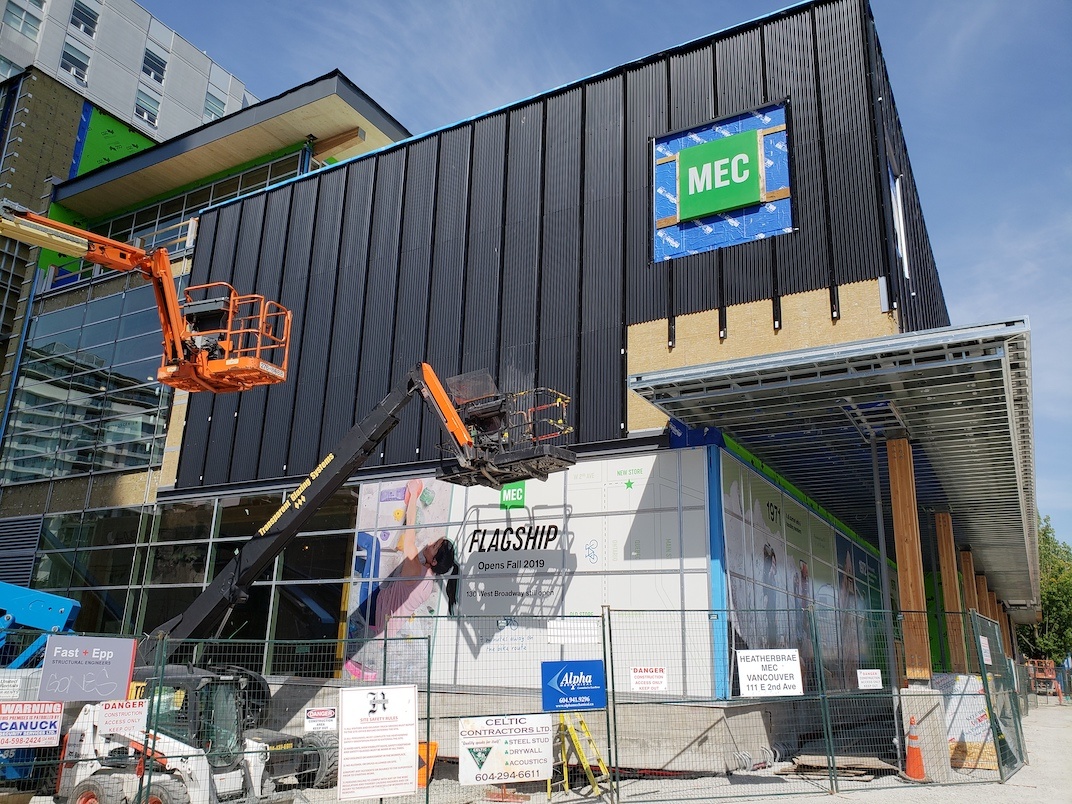 The new purpose-designed retail building for MEC spans 60,000 sq. ft. over three levels. This project was first announced in 2015, and construction began in Fall 2017.

The first two levels totalling 34,789 sq. ft. will be dedicated to retail, representing a 21% increase in retail floor area over the existing West Broadway store. Extensive services such as a full-service bike and ski tech shop will be incorporated into the new store.

To support all the shoppers, 148 vehicle parking stalls and 50 bike parking spaces are slotted into three underground levels. 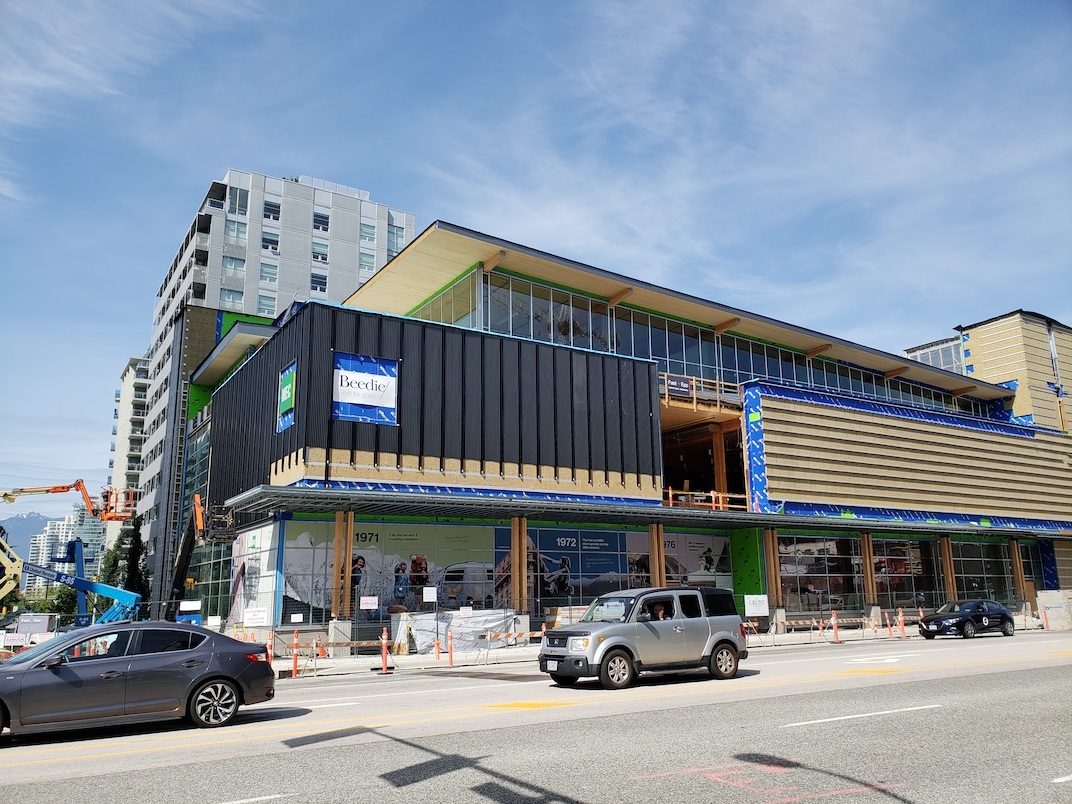 PAI is also behind the design of MEC’s office headquarters in the False Creek Flats, and three newer store locations in North Vancouver, Kelowna, and Edmonton.

MEC first opened on West Broadway in 1995, but the 1953-built building is beginning to show its age and the lease on the property is set to expire. 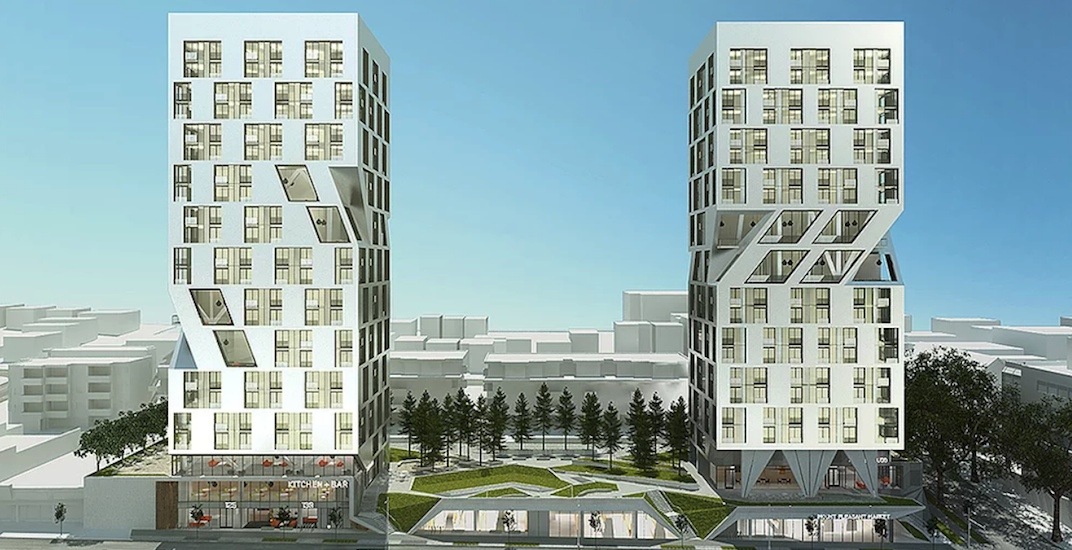 No formal rezoning application has been submitted, and the site is currently affected by Broadway Corridor planning process. 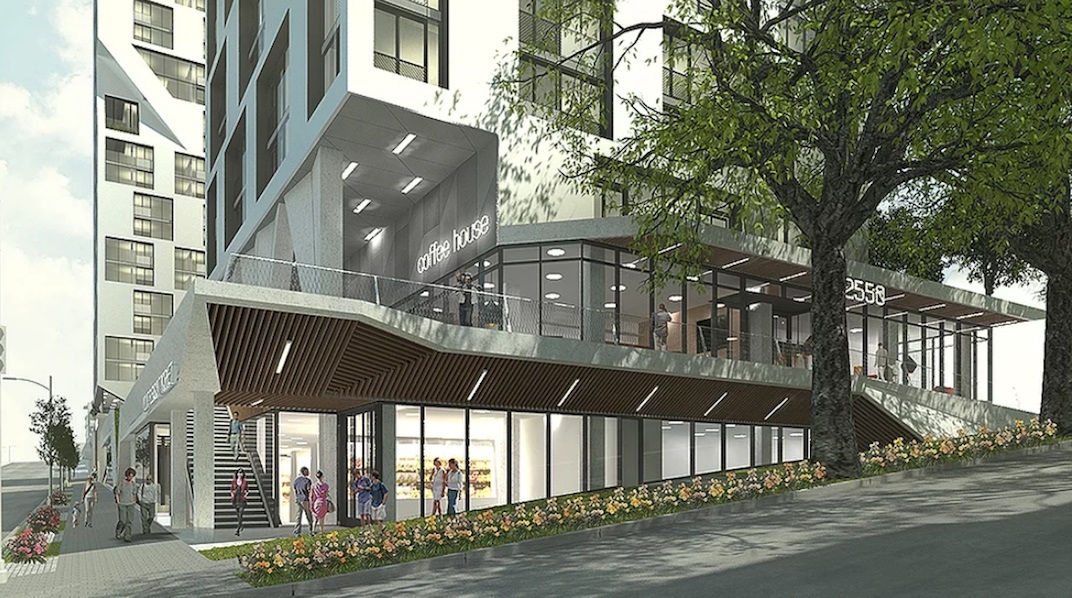