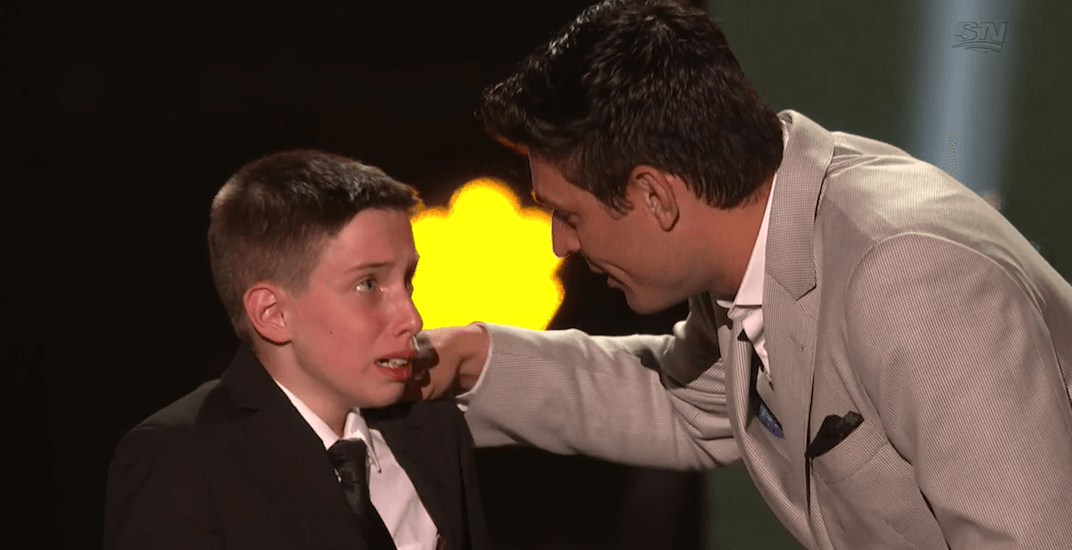 Montreal Canadiens goaltender Carey Price had a surprise for his biggest fan Wednesday night at the NHL Awards in Las Vegas.

A young fan named Anderson Whitehead was flown in for the awards ceremony, thinking that he was going on stage because he was part of the NHL Fan Choice Award as the best feel-good moment of the year.

Anderson, you may remember, was part of a heartwarming video that circulated in February when he was consoled by Price following a Canadiens practice in Toronto. The boy had recently lost his mother to cancer and Price couldn’t have been more kind to him.

As Anderson stood on stage with Sports Illustrated model Camille Kostek, he was surprised by a video message from Price.

“I just wanted to say that your mother was a special person and sharing that moment with you is something that I’ll always remember for the rest of my life. It was very special to me.”

Then, the big surprise – Price appeared on stage.

Not a dry eye in the house as @CP0031 surprises his friend Anderson, who lost his mom to cancer earlier this year.

As his hero walked out, Anderson immediately burst into tears. Price hugged the young boy, telling him “everything’s going to be alright.”

Price presented Anderson with an autographed jersey and a trip to the 2020 NHL All-Star Game in St Louis.