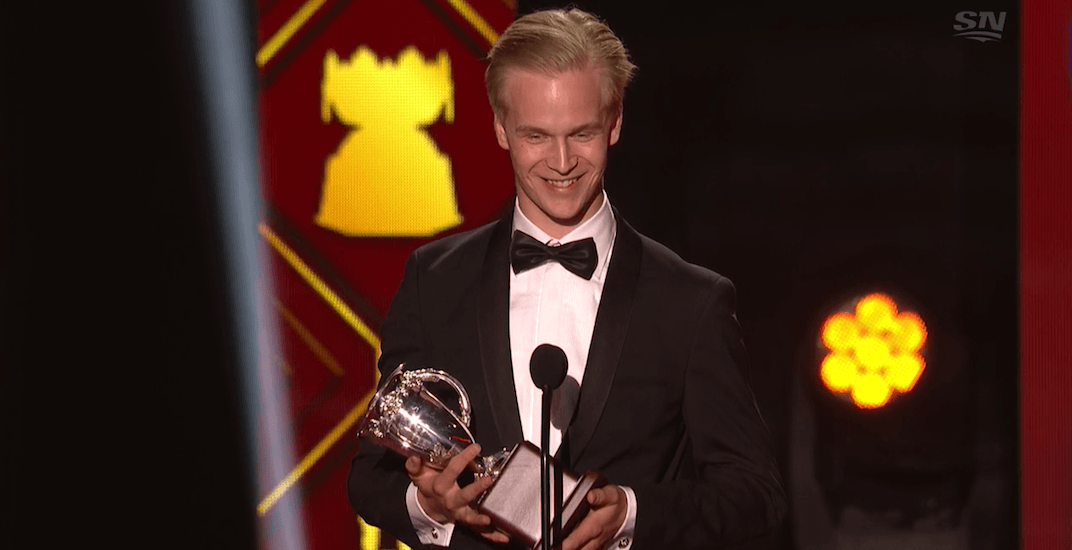 Elias Pettersson has been named Rookie of the Year for the 2018-19 season, winning the Calder Trophy at the NHL Awards in Las Vegas.

In a classy gesture, Pettersson made sure to mention the late Jason Botchford in his acceptance speech.

“Thanks to everyone who voted for me. I’m pretty sure that included Jason Botchford, who recently passed away,” said Pettersson. “Jason was a great supporter of the Vancouver media and a great man.”

Petey, talking to the media, gets emotional when asked about thanking Botchford. pic.twitter.com/cHlL0HAHXg

Pettersson thanked Canucks ownership, management, and coaching staff, saying: “You believed in me and it was my goal from day one to prove you right.”

He thanked his teammates: “You guys took care of me and made me feel part of the team from day one.”

He showed appreciation for Canucks fans: “You made me feel right at home from game one and it’s so much fun to play in front of such passionate fans.”

And of course, he thanked his family, of which his mother, father, and brother were in attendance: “Without you and your support throughout the years, this wouldn’t be possible.”