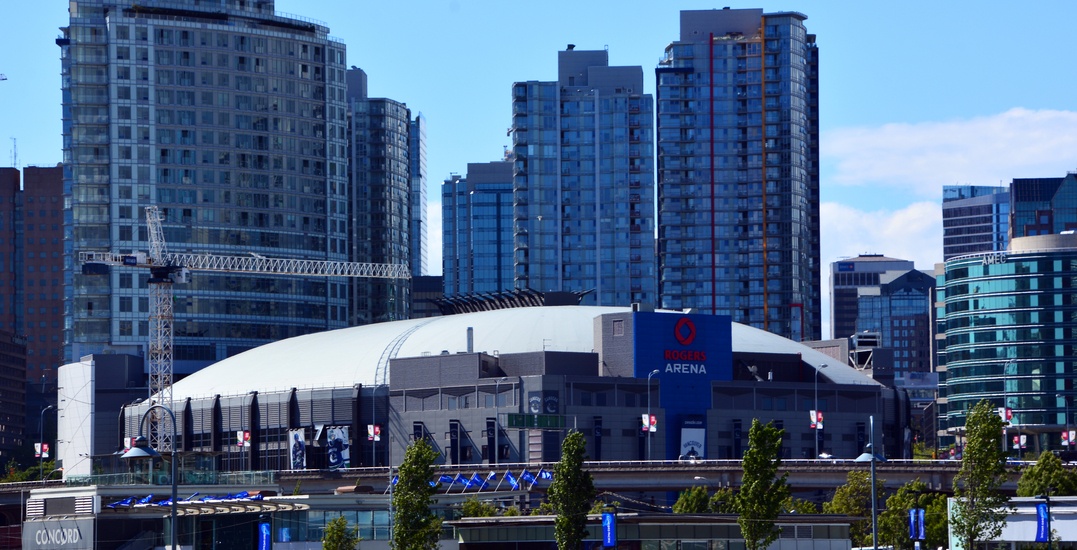 It’s not every day Vancouver gets to host an NHL event.

There aren’t many of them available.

The NHL Awards now take place in Las Vegas every year. The All-Star Game gets shared across the league, but Vancouver has only hosted on two occasions, in 1977 and 1998.

So it’s a rare occasion that the Canucks get to host a premier league event this week, as hosts of the NHL Draft on Friday and Saturday (they also hosted in 1990 and 2006).

Fans are excited about it, with the event selling out in minutes.

And yet, there’s something missing.

It was a weekend to remember. Thanks to everyone who came out to our #NHLDraft Fan Fest presented by Denny's! 🎆 pic.twitter.com/ctcxQNNFqr

Unlike the previous six events in Dallas, Chicago, Buffalo, Florida, Philadelphia, and New Jersey, this year’s NHL Draft will not be accompanied by a Fan Fest, which seems odd given interest in the city.

Last year’s Fan Fest in Dallas included a full day of “live music, authentic Texas BBQ, interactive exhibits, autograph sessions, and other special events,” helped by funding the city’s tourism board. The previous year in Chicago had the benefit of the NHL Centennial Fan Arena, which visited as part of the league’s 100th anniversary celebrations.

A Canucks spokesman tells Daily Hive that the team considered hosting a Fan Fest, but a decision was made to “focus on the event itself.” Securing space to hold such an event wasn’t as easy to come by as previous hosts, the Canucks say, and fan feedback indicated that the draft itself at Rogers Arena held the most importance.

The team promises that the event inside Rogers Arena will offer lots to see, with the type of pageantry that you’d expect from this kind of an event.

The Stanley Cup will be in the building, the Canucks tell us, as well as all the other major trophies for fans to see.

There’s also going to be a ‘party on the plaza’ beginning two hours prior to the event, though it’s on a smaller scale than Fan Fests previous cities have hosted.

That’s great and all, but this feels like a missed opportunity for the hockey club.

The Canucks are pointing to “limited space” around the arena, though surely there is enough space to put on an event to the east and south of the arena in empty parking lots. The Aurora Winter Festival that took place across the street last December had a sizeable footprint. So did the FIFA Fan Fest, which was set up in a parking lot at Beatty and Georgia during the Women’s World Cup in 2015.

While the NHL Draft is a league event, costs of a Fan Fest are put squarely on individual clubs. Vancouver isn’t a cheap city and putting on an event like this would have cost the team money.

Credit to the Canucks, they didn’t price gauge fans for the draft itself. They charged under $30 for tickets, and could have listed them for a lot more. The cheapest seats on Stub Hub are currently going for over $200 CAD. So this isn’t a case of the Canucks just trying to rake in as much money as possible.

It wouldn’t have been easy, but surely there was a way to incorporate companies that didn’t conflict with league sponsors help foot the bill for a Fan Fest. Could the City of Vancouver or Tourism Vancouver not gotten involved?

Last year’s Fan Fest was sponsored by Denny’s. Gerber Collision & Glass teamed up with MB Financial Bank to sponsored the Chicago event in 2017.

Organizers could have even charged money for entry and fans in Vancouver would have lined up down the block to get in. Our city goes bananas for food truck festivals, imagine what the interest would have been for something like this?

Maybe they could have set up an outdoor Canucks Team Store and sold some jerseys and draft merch.

Would it have cost money? Perhaps, but this was a chance to put on a show and involve more fans, particularly children, who are the season ticket holders of tomorrow. Given the team is kicking off their 50th anniversary season celebrations with the draft, it would have made sense.