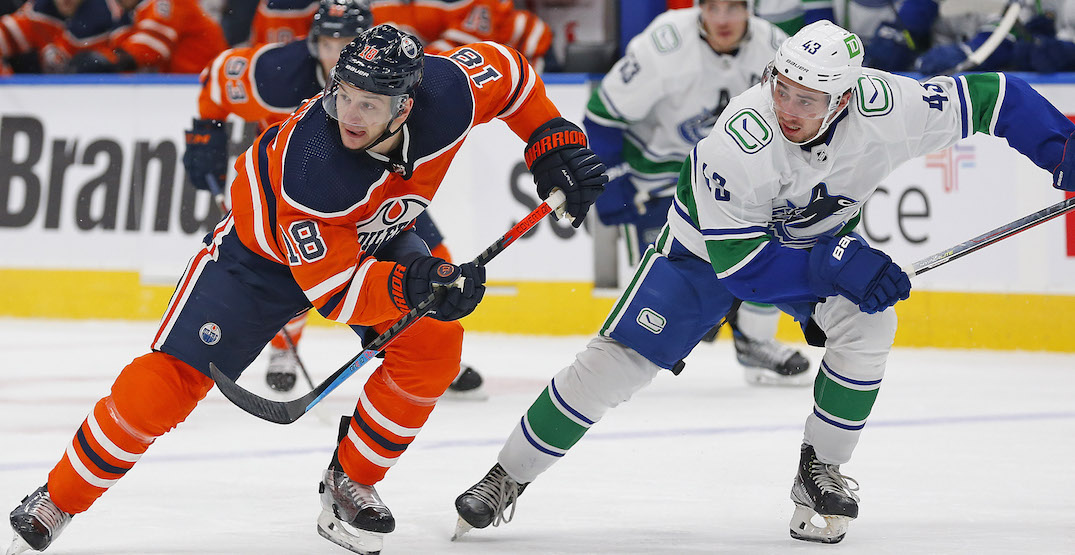 The Vancouver Canucks have dropped four spots in Forbes’ annual franchise value ranking and are now the fourth-ranked team in Canada.

The Canucks are now the 14th most valuable team in the NHL, according to Forbes. The Seattle Kraken (13th) have leapfrogged the Canucks in franchise value during their first season, as have the Pittsburgh Penguins (12th) and New York Islanders (10th).

Even the Edmonton Oilers have moved past Vancouver on Forbes’ list, into seventh position. That means the Canucks no longer the third-most valuable team in Canada — a position they’ve held for a long time.

Helped by superstars like Connor McDavid and Leon Draisaitl, as well as playing in a relatively new arena, no team went up in franchise value more than Edmonton in the last year. The Oilers doubled in value, says Forbes, from $550M in 2020 to $1.1B in 2021.

The Canucks were ranked as high as fourth in the NHL on Forbes’ list in 2013, but slipped one position in six consecutive years. Vancouver ranked 10th in each of 2019 and 2020.

It’s not all bad news though.

The New York Rangers are the NHL’s first $2B team, ranking ahead of the Toronto Maple Leafs ($1.8B) and Montreal Canadiens ($1.6B). The Oilers are Canada’s only other team worth over a billion dollars.