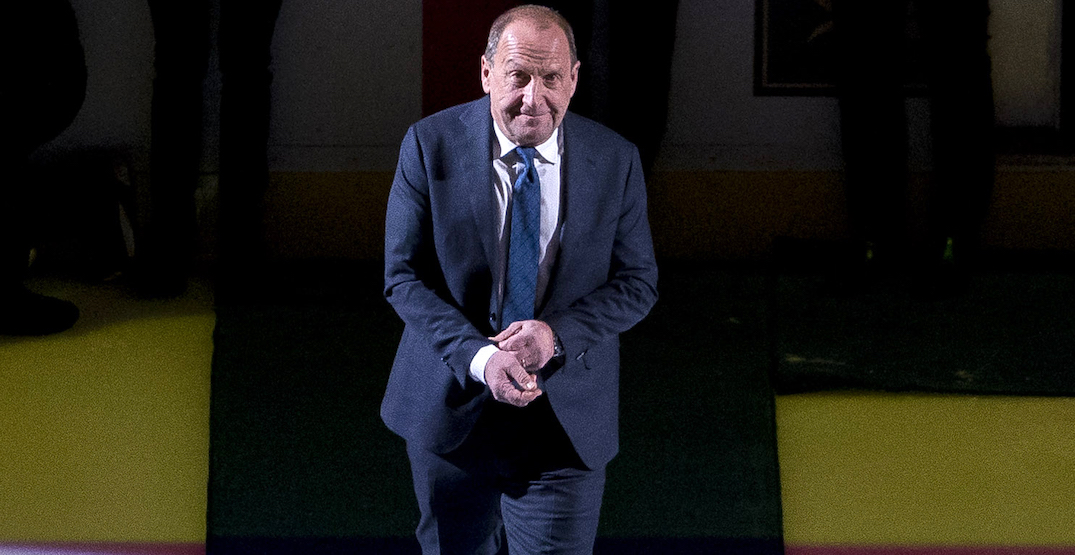 Who is the greatest general manager in Vancouver Canucks history?

Many would say Pat Quinn. Others would say Mike Gillis.

But there’s only one truly perfect GM, and his name is Stan Smyl.

The Canucks legend’s reign as interim general manager lasted just four days, as the team announced the hiring of Jim Rutherford today. Smyl will remain in the organization, but Rutherford will serve as president and interim GM.

It’s amazing what Steamer accomplished in four days though.

He didn’t make a trade, sign a contract, or draft a player during that time, but who cares? A legend was reborn, as Smyl has become a fan favourite for a whole new generation.

His Sunday press conference was both surprising and inspiring for Canucks fans, as Smyl’s passion for the only NHL team he’s ever known was obvious. He wasn’t afraid to call out the team’s failings, noting the Canucks had a lack of identity. Smyl even noted that he spoke up after Saturday’s embarrassing loss, making his feelings known to team owner Francesco Aquilini.

While his reign as GM was short, it was also perfect — as the Canucks won both games under Smyl’s leadership.

Hat tip to Stan Smyl, the only undefeated GM in #Canucks history

Stan Smyl leaves his post as Vancouver GM with the highest win % of any GM in the team's history (1.00%) and a 0.5 GAA. Truly a legend#Canucks

Stan Smyl 2-0 as GM. Only undefeated Canucks GM ever.

Gotta love Stan Smyl going out on a high note as the only undefeated GM in Vancouver history.

Don't cry because it's over, Smyl because it happened.

Update Steamer’s banner at the Rog. 2-0 all time as GM

To the greatest GM the #Canucks ever had.
He united us all. pic.twitter.com/0BYp3lEZj1