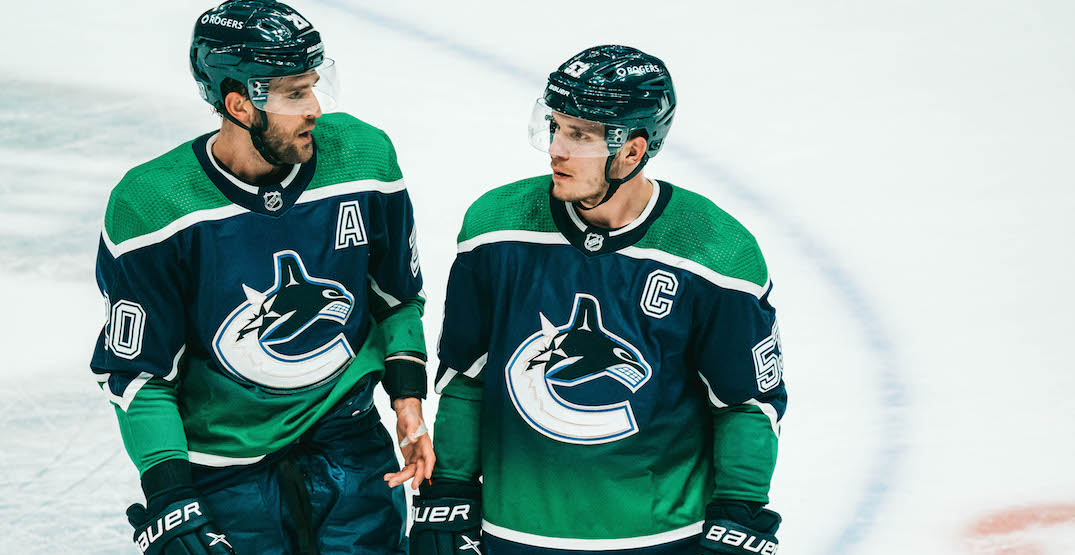 The Vancouver Canucks haven’t just had a poor start to this season, they’ve had one of the worst starts in franchise history.

Billed as the “reverse retro homestand,” the Canucks reversed themselves further down the North Division standings in their last four games at Rogers Arena. Who knows if we’ll ever see the green and navy gradient jerseys again (they’re not scheduled to wear them again this season), but it appears they may retire without ever having posted a win.

The Canucks suffered another loss on Thursday, 3-0 to the Edmonton Oilers. It dropped Vancouver’s record to 8-14-2, giving them the third-worst winning percentage (.375) in the NHL.

There have been many bad teams in the 51-year history of the franchise, but not many have been this poor through the first 24 games.

Willie Desjardins’ teams never had a start like this. Neither did John Tortorella’s.

Even the expansion-year Canucks had three more points at this point of the season.

You have to go all the way back to 1997-98, the beginning of the Mark Messier era, to find a Canucks team with a worse record after 24 games.

They went 7-14-3, for 17 points, but actually would have compiled 20 points under today’s rules which award a point for an overtime loss, as they went to overtime in six games, losing three times.

Prior to the Messier years, you have to go back to 1986-87 to find a team that has been as futile as the Canucks have been through 24 games. Only six times in Canucks history have they earned fewer than 18 points at this point of a season.

It remains to be seen if or when someone will pay the price for this debacle.

The Montreal Canadiens fired their coach earlier this week, and they’re still in a playoff spot. #FireBenning was trending on Twitter in Vancouver last night, as it has a few times this season. Jim Benning has been the team’s GM for nearly seven years, while head coach Travis Green was hired nearly four years ago.

It’s been nearly two weeks since Canucks owner Francesco Aquilini backed Benning and Green, saying he had “no plans to make changes.” That cooled rumours that a GM change might be imminent, and perhaps decisions on management will be saved until the offseason.

Trade rumours are getting louder, with names like Jake Virtanen and Adam Gaudette being discussed recently. Speculation is also beginning to build about the team potentially selling off pending free agents at the trade deadline, players like Tanner Pearson, Brandon Sutter, Alex Edler, Jordie Benn, and Travis Hamonic.