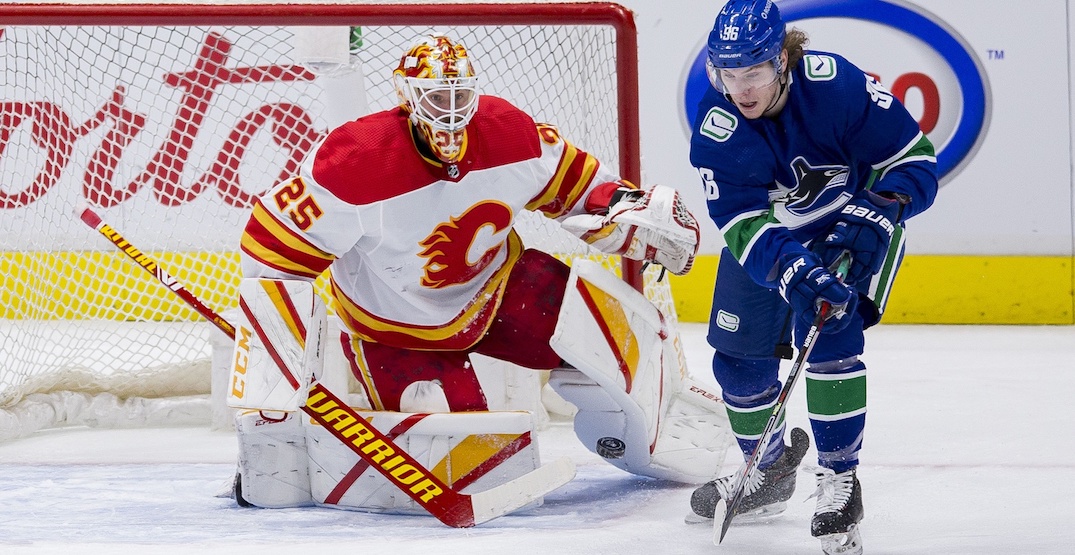 The temperature is starting to rise on Jim Benning.

The Vancouver Canucks general manager has been polarizing for much of his nearly seven years at the helm. But last season, things started looking up. Benning was praised for the great young core group of players that he had drafted. The controversial JT Miller trade turned out to be a home run for the Canucks.

One broadcaster even suggested that some Canucks fans owed Benning an apology.

Vancouver not only made the playoffs for the first time in five years in 2020, they also made some noise when they got there, knocking off the defending Stanley Cup champion St. Louis Blues and pushing the Vegas Golden Knights to seven games.

But this offseason did not go well. Saddled with so many bad contracts that he signed over the years, Benning and the Canucks were in salary cap hell. That meant that some tough decisions needed to be made, and notable free agents Jacob Markstrom, Chris Tanev, Tyler Toffoli, and Troy Stecher all walked out the door for nothing.

Markstrom, Tanev, and Toffoli have had strong starts with their new teams, including in many games against the Canucks this season in the North Division, making it even harder to ignore.

Toffoli has eight goals in five games against the Canucks this season. Markstrom has a .968 save percentage and a 3-0-0 record against his former team, which includes a shutout. He’s also been named one of the three stars in all three games against Vancouver, and is scheduled to play them three more times in the next five days.

Chris Tanev has been steady defensively for Calgary and has as many points this season as Nate Schmidt. Braden Holtby has a .885 save percentage. Jake Virtanen, who was one of the few free agents retained, can’t seem to get into the lineup, as a frequent healthy scratch.

The L’s are piling up on and off the ice.

Now, with the Canucks reeling, having lost six games in a row for the first time in more than two years — reducing their record to 6-11-0 — the whispers about Benning are getting louder.

“There’s a possibility of a change coming soon,” Elliotte Friedman said about Benning’s job security on Sportsnet 960 in Calgary this morning. “It certainly sounds like things are coming to a head here.”

Following Thursday’s loss — a game in which the Canucks played well but were still defeated 3-1 to the Flames at Rogers Arena — fans sounded off on Twitter.

Fans used the hashtag #ThankYouJim sarcastically, in response to something James Cybulski said on Sportsnet 650 earlier in the day. It was a top 10 trending topic in Canada for multiple hours after the game, and was even the No. 1 trending topic in Vancouver at one point.

Well it wasn’t a blowout. #ThankYouJim

Other teams when they see Myers and Sutter on the pk. #ThankyouJim #FireBenning #Canucks pic.twitter.com/AoFt1xjuim

#ThankYouJim Handing out $6,000,000 contracts to mid-tier players but not a top 3 goaltender in the league.

I could give a flying fuck about effort, the result was another loss. Comon @fr_aquilini it's time to do something, it really is🤬 #ThankYouJim #FireBenning

If #ThankYouJim Benning wanted to take some heat off, he could always hire Mark Messier as assistant GM. 😐

@SatiarShah will I watch the Canucks win a cup before I die. I’m 31. #ThankYouJim