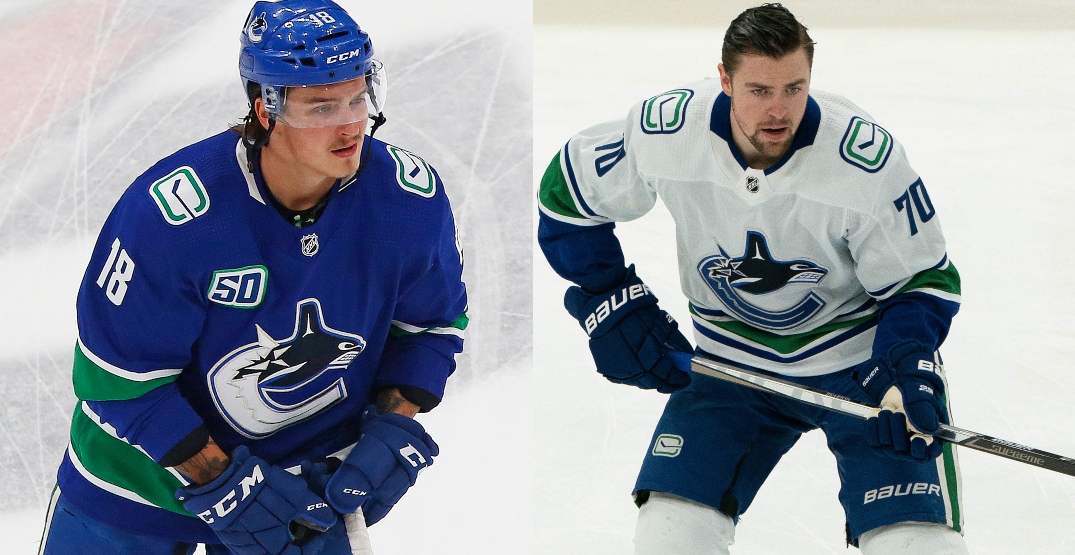 The Canucks appear to have an interested party in Tanner Pearson, but they may not be willing to deal him yet. They appear willing to move Jake Virtanen though, but his contract might scare away a potential deal.

Speaking on The Program with hosts Satiar Shah and Andrew Walker, Friedman expanded on something he wrote in his 31 Thoughts column today. It involves Pearson, a useful top-six forward for the Canucks who is also a pending unrestricted free agent.

“One thing I heard was the Coyotes had kicked around the idea of Tanner Pearson, if he becomes available. But there’s no proof at this time he is,” said Friedman. “I’m not saying the Canucks have put him out there. I just think he’s kind of on their radar if that does become a possibility.”

The Canucks may not be willing to move Pearson today, but if they fall further out of playoff contention by the April 12 trade deadline, he would be an obvious player to trade if he isn’t signed to an extension before then.

Pearson has nine points (5-4-9) in 22 games so far this year, and scored 21 goals and 45 points in 69 games last season. Arizona is in the mix for a playoff spot in the West Division, currently in a three-way tie in points for third place with Colorado and Los Angeles.

As for Virtanen, he has fallen out of favour completely this season, playing just 11:10 per game when he isn’t a healthy scratch. He has just one goal and zero assists in 17 games.

“The only thing I’ve heard Canucks-related recently was I think they’ve talked to Anaheim about Virtanen, but I think the second year of the deal is a challenge,” said Friedman.

Virtanen’s contract has one year remaining beyond this season, and carries a $2.55 million cap hit. He makes $1.7 million this season, but his salary shoots up to $3.4 million next year.

Given every team is losing money right now because of the pandemic, salary is of increased concern for many teams. The 24-year-old winger is set to become a restricted free agent in 2022, but he would need to be signed to a $3 million qualifying offer in order to retain his rights.

The Ducks are currently in last place in the West Division, and aren’t expected to challenge for a playoff spot.