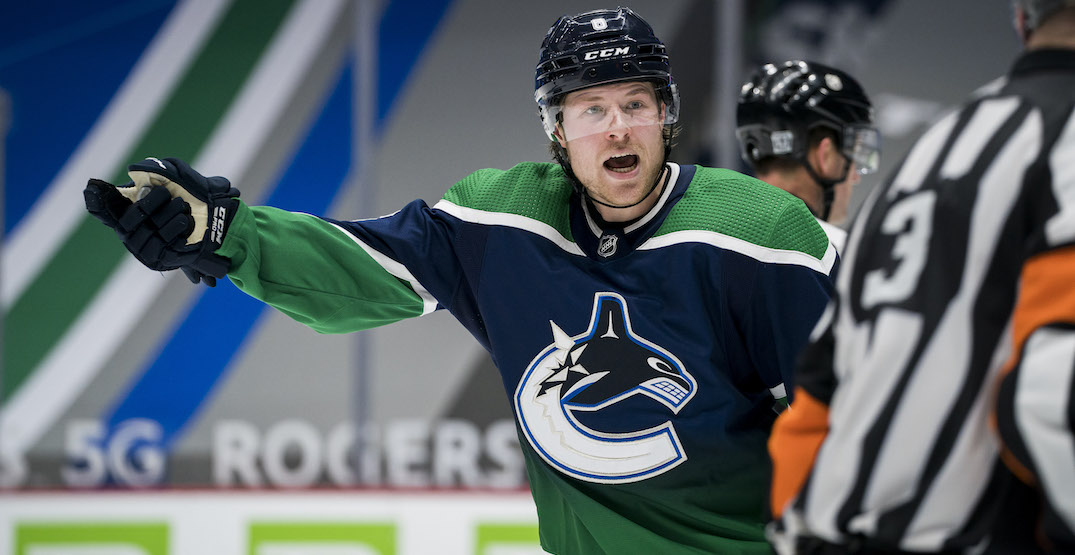 Sitting third-last in the NHL standings and likely in tough to make the playoffs this season, the Stanley Cup once again feels like nothing but a far-away dream for the Vancouver Canucks.

The team came out of the dark years last season, earning a playoff spot by defeating the Minnesota Wild in the play-in round, before disposing of the defending Stanley Cup champion St. Louis Blues for their first playoff series win since 2011. They pushed the Vegas Golden Knights to seven games, nearly making it to the Conference Final for just the fourth time in franchise history.

Flags waved, and car horns blared on Scott Road. Good times were had by all.

The narrative surrounding the Canucks was clear. With a great young core group of players, they were a team on the rise.

Well, that was then, and this is now.

Not much has gone according to plan this season, with the Canucks performing worse than even their harshest critics predicted. That doesn’t mean their core group of young players suddenly isn’t good enough — Elias Pettersson, Quinn Hughes, Brock Boeser, Bo Horvat, and J.T. Miller are the real deal.

To borrow a phrase from team owner Francesco Aquilini: “Progression is not always a straight line.”

What is a straight line, however, is age, and father time is undefeated.

Thatcher Demko will turn 26 later this year, and he hasn’t even proven himself to be a No. 1 goalie yet. We still talk about the potential of Jake Virtanen and Adam Gaudette, but they’re both turning 25 this year.

The NHL is becoming a young man’s game seemingly more every year. While some players remain good well into their 30s, an increasing number see their play drop off significantly after the age of 30.

Travis Hamonic is a prime example. When he was traded to the Calgary Flames, he was a highly-coveted 26-year-old top-pairing defenceman. Three and a half years later, at age 30, he had to settle for a $1.5 million contract in free agency from the Canucks.

“The wrong side of 30” is a phrase used often, but for good reason.

So while there’s lots of time to build around Pettersson (22) and Hughes (21), the supporting cast doesn’t have as much time as you might think.

Pettersson and Hughes are coming off their entry-level contracts after this season and will be due massive raises. Boeser’s contract is up after next season, and he’ll be in line for a bump in pay as well. In addition, we’re now just two years away from Horvat and Miller potentially becoming UFAs.

The goal is the Stanley Cup, and ideally, the Canucks would put together a supporting cast around their good young players to challenge for a championship for multiple years. If that’s going to happen, it needs to happen soon.

Many of Vancouver’s over-inflated salaries are set to come off their books in the next two years — Brandon Sutter ($4.375M), Alex Edler ($6M), Sven Baertschi ($3.37M) and Jordie Benn ($2M) are among the UFAs after this season. Loui Eriksson ($6M), Jay Beagle ($3M), and Antoine Roussel ($3M) have their contracts expire after next season.

The Canucks will also be free of Ryan Spooner’s buyout cap number ($1.03M) after this season, and Roberto Luongo’s $3.04M cap recapture penalty next year.

That should make the 2022-23 season the start of the Canucks’ Cup-contending window, provided the team makes the right moves from now until then.

But 2022-23 shouldn’t signal a leisurely entrance into contender status. By the time the 2023 postseason rolls around, Miller will be 30 and Horvat, 28 — not over the hill by any means, but they’ll be pushing up against that dangerous age for NHL players.

Most players reach their peak between about ages 22 and 25, with Pettersson and Hughes falling into that age range in 2022-23. Nils Hoglander and Vasily Podkolzin appear to have bright futures, so that will help as well, but the team did gut its draft in 2020, so that’s a missed year.

For as long as the Canucks have Pettersson and Hughes, there should be real hope about the future. But while the future is bright, the sooner the future becomes the present, the more opportunities it’ll give them to help bring the Canucks their first-ever Stanley Cup.

So, believe it or not, time is ticking, even for this young core.