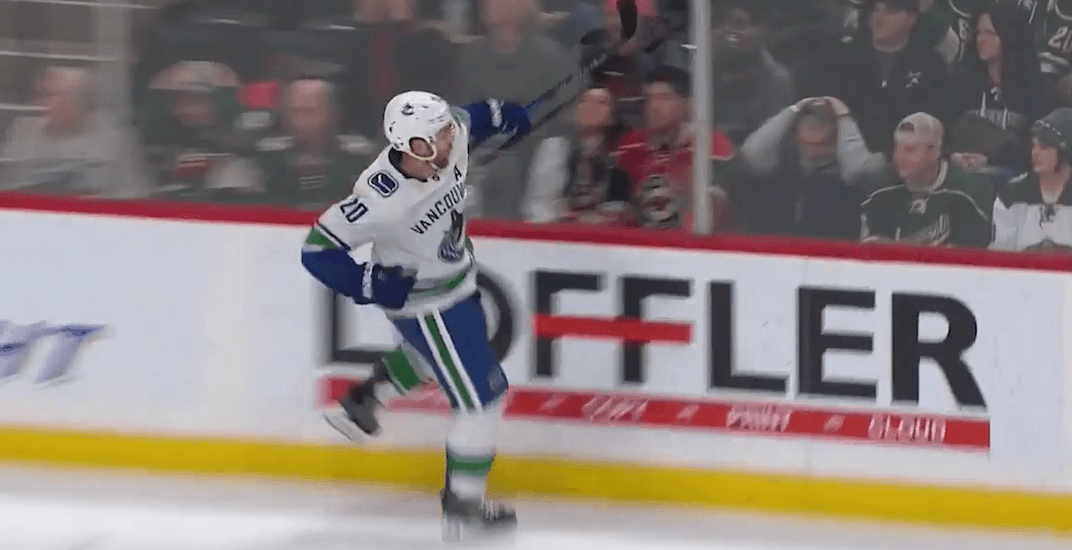 A game for the ages this was not.

Many will say it was because everyone in Minnesota was focused on a football game, but if we’re being honest it probably has more to do with a team that was on the second half of a back-to-back playing a team that’s really not great. (Sadly, the second one is your team).

Still, if anything could do it, that crazy, unreal end to the Vikings’ game might’ve drained the city of all emotional energy it had.

From the Wild’s Instagram account, here’s the scene in the concourse of the Xcel Energy Centre as the Wild game was starting.

Heck, even Vancouver’s best player was more into what was happening at the football field than the game he was about to start playing.

Boeser’s from Minnesota, so give him a pass.

Anyway, as I said before, if you’re into fun and excitement, this game was a dud. It was so bad that Canucks fans were annoyed when they tied it up and forced overtime.

But who knows, maybe you’re into sloppy hockey and stoppages and offsides and whistles and choppy play… if you are that sort of sick, twisted person, then you enjoyed Sunday’s game.

The Canucks did come back and win it 3-2 in overtime, so that saved things a bit.

And here is the SixPack.

With the game tied at 1-1, there was some serious thought that Dowd dipsy-doodling with the puck here in Minnesota’s end might be the most exciting play in the third period.

Solid dipsy-doodling from Dowd, you have to admit.

It was so bad that Canucks fans were coming up with tweets like this from Disco, and honestly, it was on point.

But then Vanek went and tipped this not overly dangerous looking shot to tie up the game. So let’s call him the SixPack superstar because it doesn’t really matter and clearly the goal meant a lot to him.

Nice assist from Edler, you have to admit.

And then there was this reaction from C-bull.

You picked Sutter to be your ride or die? You can have this win. Send out all the wrestling gifs you want. Enjoy the moment. This is your time.

With Daniel Sedin out because of back spasms, Eriksson played on a line with Virtanen and Henrik. He also got a goal and an assist. Here’s the goal.

Don’t look now but Loui has three points in two games. Now that is the kind of offence you hope for and expect from a $6-million player.

I mean, he only has three points in his last nine games, but that’s not fair, right?

What about 10 points in 33 games this season…

Oh man, four-and-a-half more years of this contract and I already never want to write about it again.

Not sure if Gudbranson was trying to sabotage the Canucks’ chances of winning or Vancouver’s shot at trading him, but he was working hard at something and you have to give him credit for that.

Here was the game’s opening goal scored by Minnesota on the power play. It’s a basic set play on the power play – pass down low, pass out front, hope the defence follows the puck and you have an open shot…

Honestly, it was so basic even Guddy saw it coming. Unfortunately he didn’t react quickly enough to stop the goal.

Later in the first my WTF radar lit up when Coyle went through the Canucks defence as if he was wearing Harry Potter’s invisibility cloak. Then I watched the replay and realized it was Guddy and Del Zotto on D and it made more sense.

Thought they were done there? Thought it couldn’t get any worse? Check out the Wild’s go ahead goal in the third.

I’m pretty sure Jordan Subban would’ve done better than either of them on that play is all I’m saying. 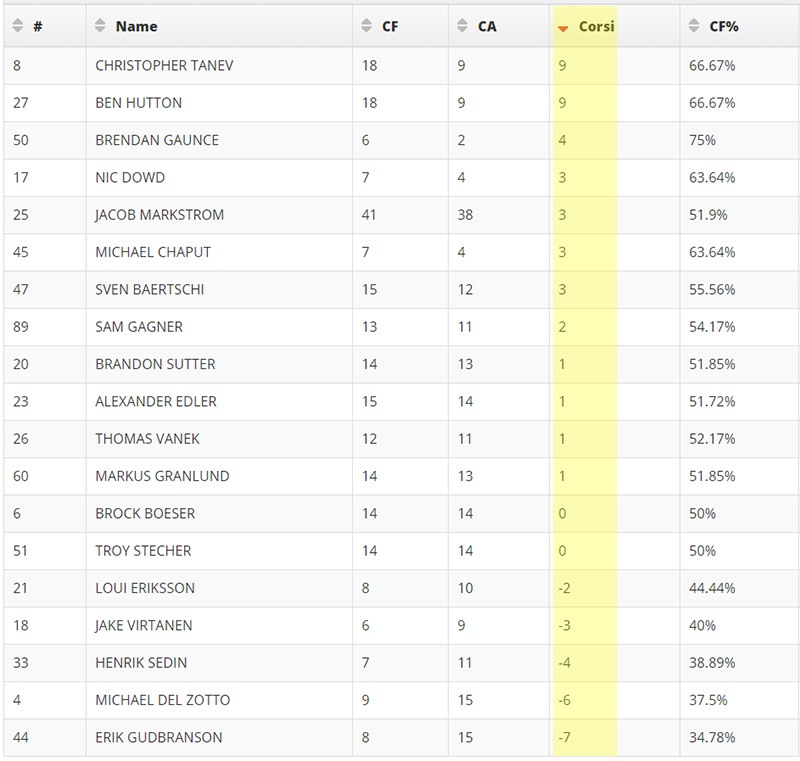 The Canucks are 27th in the league, they have a minus-28 goal differential, before Friday’s game they had lost five games in a row, and this is how Sportsnet’s analysts were seeing things:

Why the #Canucks are an example of a model rebuild. (@CoreyHirsch)https://t.co/awd9Ln2TYX pic.twitter.com/xa1Pf2HaF6

On #Canucks Goldobin being sent to Utica: From re-call Nov.30 to last night, Goldobin was given numerous opportunities to have offensive success. Skated alongside likes of Boeser, Horvat, & Sedins. 14 games played. 15 total shots on net.

Talk about getting out in front of it. It’s almost as if Kenward was given a heads up about Goldobin being sent down and was ‘asked’ to put a somewhat positive spin on the situation in anticipation of Canucks fans wanting to see their young players play.

When you drop off the money for the “Canucks are a model rebuild” article pic.twitter.com/4c5ek8GpwM

On Hirsch’s “Model Rebuild” article, most replies were incredulous, as you’d expect. But some… I mean, considering what’s going on with the Canucks right now, I’m worried about these people.

Great article Corey! Yes let’s hope TL and JB around to see this through 🤞

It’s nice to be positive and support your team at all, but living in a fantasy land is never a good thing.

With that in mind, I’ll let this CraftBeerGuy guy have the final word.

A model rebuild? Canucks are a model rebuild… hahaha. What next? An article on how Loui Eriksson is the definition of model UFA signings?

I’d like to say I’ll miss suffering through a Canucks hockey game during the upcoming by-week, but that would be a lie.