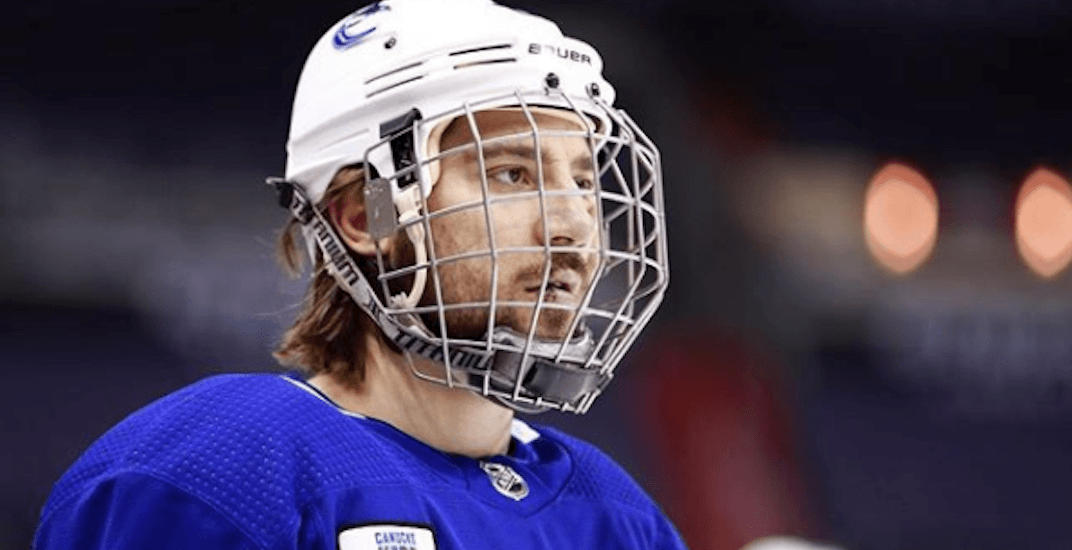 Bobby Clarke, eat your heart out.

#TBT to the one and only Bob Clarke who turns 66 today. Happy birthday, Bob! pic.twitter.com/qBRPD7FWpg

Chris Tanev suffered a pretty gruesome injury on Saturday. Early in the game in Toronto, the Canucks defenceman took a puck in the mouth.

As you can imagine, it caused a lot of damage.

Defence partner Michael Del Zotto was seen picking up teeth off the ice, as Tanev rushed to the dressing room for repairs.

Tanev said after practice on Thursday that he lost six and a half teeth. Not only that, but he says two of his front bottom teeth were pushed under his tongue.

Because he’s a hockey player, Tanev was back on the ice just a few days later. He’s expected to be in the lineup for Vancouver when they visit Columbus on Friday.

“It sucked at the time,” said Tanev, recounting the injury with reporters. “Doctors and dentists have done a good job up to this point. I still need some more work done over the bye week but it’s definitely getting better.”

Vancouver has two games remaining – Columbus on Friday and Minnesota on Sunday – before a league-mandated five-day bye week. They could sure use Tanev, who will wear cage when he returns. That’s something he hasn’t done since 2010 while playing for the Rochester Institute of Technology.

"My two front bottom teeth got pushed all the way under my tongue." Chris Tanev discusses his injury and updates his health status. pic.twitter.com/Hlv1LtlLhR

Cage or not, Tanev is one of the most important players the Canucks have. Their best and most dependable defenceman, the team is 11-12-4 with him in the lineup and a woeful 5-9-2 with him out of action.

The Canucks should also get a boost from Brandon Sutter, who skated on Thursday and is expected back by Sunday.

Without Sutter and Bo Horvat, who should return later this month, the Canucks have been forced to lean on some centres not suited for prime time. Sam Gagner was moved to the middle, as has Markus Granlund at times. Even newcomer Nic Dowd has received big minutes of late.

The absence of Tanev and reliable two-way centres, to go along with leaky goaltending, has the Canucks mired in a slump, winning just two of their last 15 games.