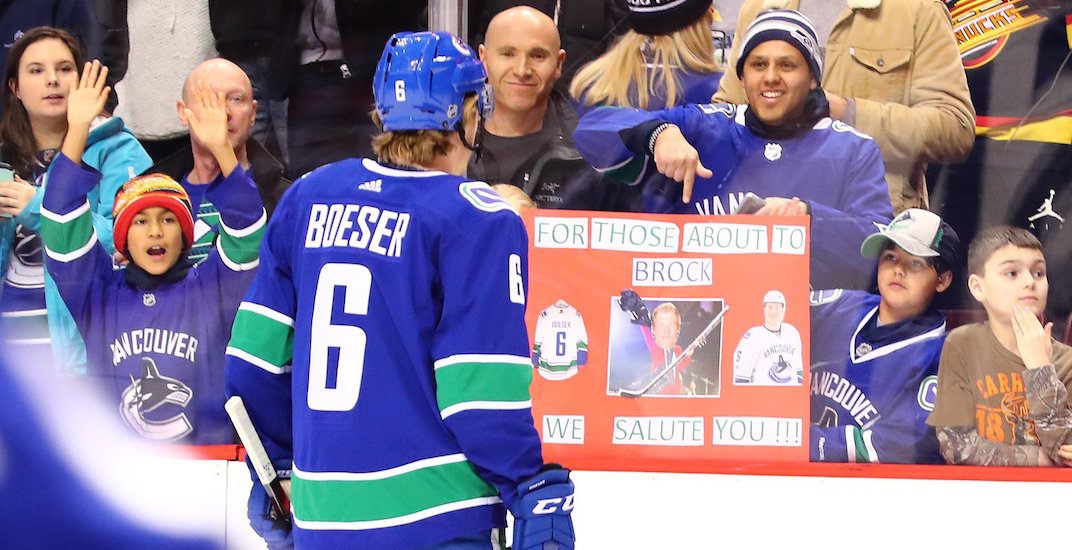 As if there was any doubt who their All-Star would be.

On Wednesday, the NHL made it official, naming Brock Boeser as the Canucks’ lone representative for the All-Star Game later this month in Tampa.

The Burnsville, Minnesota native will play on the Pacific Division team, as the NHL goes with a four-team three-on-three tournament format for the third consecutive year.

Boeser is the first Canucks rookie to be named to the game since Dale Tallon, who was Vancouver’s representative during their inaugural NHL season in 1970-71.

The 20-year-old rookie is the youngest Canucks player named to an All-Star Game since Trevor Linden, who was only a couple months younger than Boeser when he played in the 1991 game.

It’s the second straight year that the Canucks will be represented at the All-Star Game by a young player, as Bo Horvat played in last year’s game at age 21.

Boeser has been the shining light for the Canucks this season.

With 22 goals and 40 points, he’s the rookie leader in both categories. A point-a-game player this season, he’s also the favourite to become the first Canuck since Bure in 1992 to win the Calder Trophy as Rookie of the Year.

What’s been impressive of late is how Boeser has continued to score at a high rate, despite everything else going wrong with the team. With injuries piling up, the Canucks have lost 13 of their 15 games and are sinking fast in the overall standings.

But Boeser has found a way to still produce no matter who he’s playing with. Since the slump began after Horvat’s injury on December 5, Boeser has 15 points (9-6-15) in 15 games to lead all Canucks.

He’s also been remarkably consistent, never going more than two games without a point this season.

In terms of the NHL scoring race, Boeser is tied for 24th in points and fifth in goals. That puts him ahead of the likes of other young stars like Jack Eichel, Patrik Laine, and even Auston Matthews.