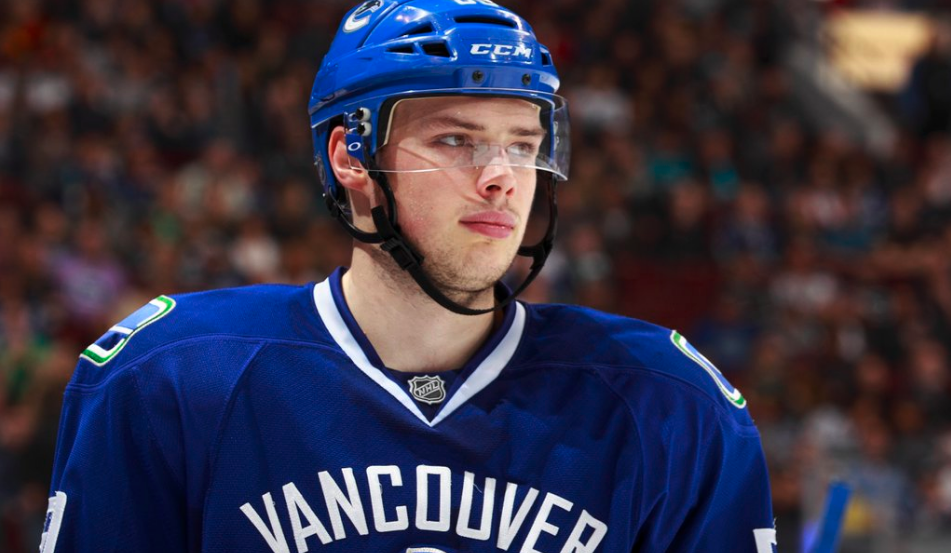 The protected and available lists of 30 teams were released for the NHL Expansion Draft on Sunday. The Vegas Golden Knights will take one player from every team, with the full expansion roster being announced on Wednesday during the NHL Awards.

With NHL roster sizes capped at 23, not all the players they select will be on the main roster. Some players will be dealt for draft picks, with others could be kept for their AHL affiliate.

From the Canucks perspective, they were relatively well set up. While Vancouver had to expose some role players, other teams had to expose young legitimate top-four defencemen.

Let’s take a look at who Vegas could have their eye on.

A first round pick by the Canucks back in 2012, Brendan Gaunce struggled last season to say the least.

Gaunce didn’t score a single goal in 57 games with Vancouver, and recorded only five assists. But despite playing with less than desirable linemates, his possession numbers were quite good. Despite having the lowest offensive zone start percentage of any Canuck forward, he still managed to lead all of them in Corsi For % with 51.3.

The 23-year-old has the highest upside of all the Canucks exposed, which could make him an intriguing fit for Vegas. As an RFA, he will need a new contract but his salary demands won’t be anything astronomical.

Of all the Canucks defencemen exposed, Luca Sbisa is the most likely to get picked. He’s the most accomplished blueliner of the bunch, having played in 465 regular season games in his career, including all 82 games last season.

The knocks on the 27-year-old are his contract and underlying numbers. He’ll carry a $3.6 million cap hit next year and was a possession drag on pretty much every player he played with at even strength. However, he only has one year left on his contract which lessens the burden.

With potential deals like the rumoured deal from Anaheim to not take Sami Vatanen or Josh Manson, there may be a need for Sbisa. Used in a sheltered third pairing role and not being relied on to play big minutes, he could be serviceable while providing toughness for an expansion franchise.

If Sbisa taken, it would mean the last piece of the Ryan Kesler trade would be gone just three years later.

Derek Dorsett is another player Vegas may have some interest in.

He was limited to just 14 games last season after having cervical fusion surgery, but when healthy, could be an adequate fourth line forward for the Golden Knights. His rough style of play and reputation for being a leader, combined the 30-year-old’s vast NHL experience is something an expansion team might covet.

Dorsett’s contract is the biggest stumbling block to his selection, given he carries a cap hit of $2.65 million for the next two seasons.

Like Gaunce, 23-year-old Reid Boucher would be a great upside pick for the Golden Knights.

Boucher’s value to Vegas would be as a shot generator. In his brief time with the Canucks last season – he had the highest shots per 60 rate of any Canuck forward who played over 300 minutes at even strength, as well as the highest relative to his teammates.

His five goals in 27 games puts him at around a 15-goal pace, which is great for a bottom-six forward. The question is, can the pending RFA play in his own end? If they think he can, then maybe he’s a surprise pick.