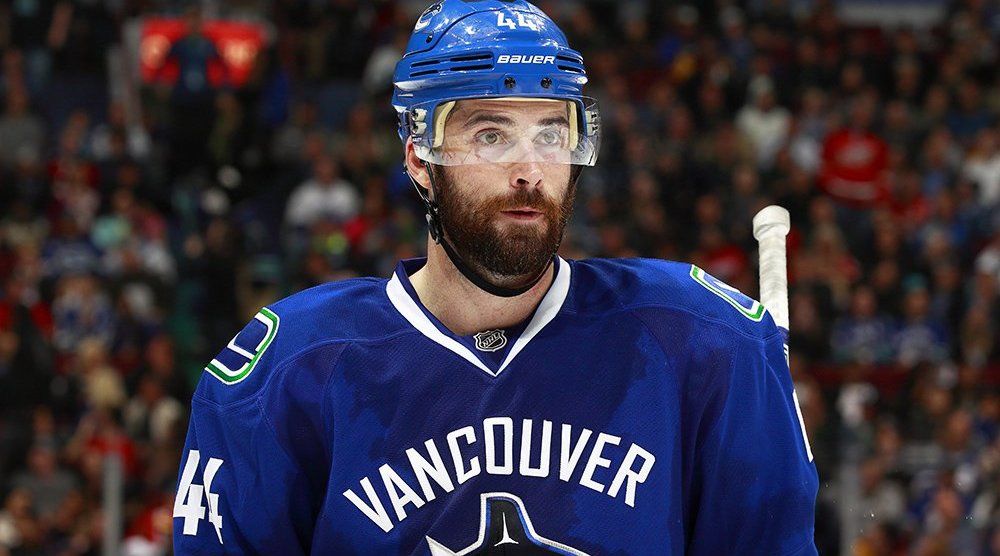 That’s the message the Vancouver Canucks are sending to defenceman Erik Gudbranson, who re-signed with the team on Thursday.

Gudbranson has signed a one-year contract extension that will pay him $3.5 million, the same salary he earned last season.

“Erik is a big, strong physical defender who I know feels has a lot to prove and has worked diligently in his injury rehab,” said Canucks general manager Jim Benning. “He has leadership qualities that will be important for our young team and we are excited to see him healthy and back on the blue line next season.”

Gudbranson missed 52 games last season due to injury to his wrist that needed surgery. He scored just six points (1-5-6) and 18 penalty minutes in 30 games before being shut down in December.

It’ll be interesting to see what the big blueliner can do with a longer look at full health. At 6-foot-5 and 220 pounds, Gudbranson’s size and leadership is unquestioned.

Not a favourite among those in the advanced stats community, the question for the 25-year-old is if he can become a bonafide top-four defenceman. He ranked ahead of only Luca Sbisa among Canucks defencemen in Corsi-For percentage last season.

The third overall pick in the 2010 NHL Draft hasn’t proven it yet in 339 career games with Vancouver and Florida.

Many fans will be relieved at the dollar figure of this contract, although if he impresses next season, the price could go up drastically. In signing a one-year deal, the pending restricted free agent will become a UFA next summer if his contract isn’t extended.

Gudbranson was acquired last offseason in a deal that saw Jared McCann and a second-round pick head to Florida.