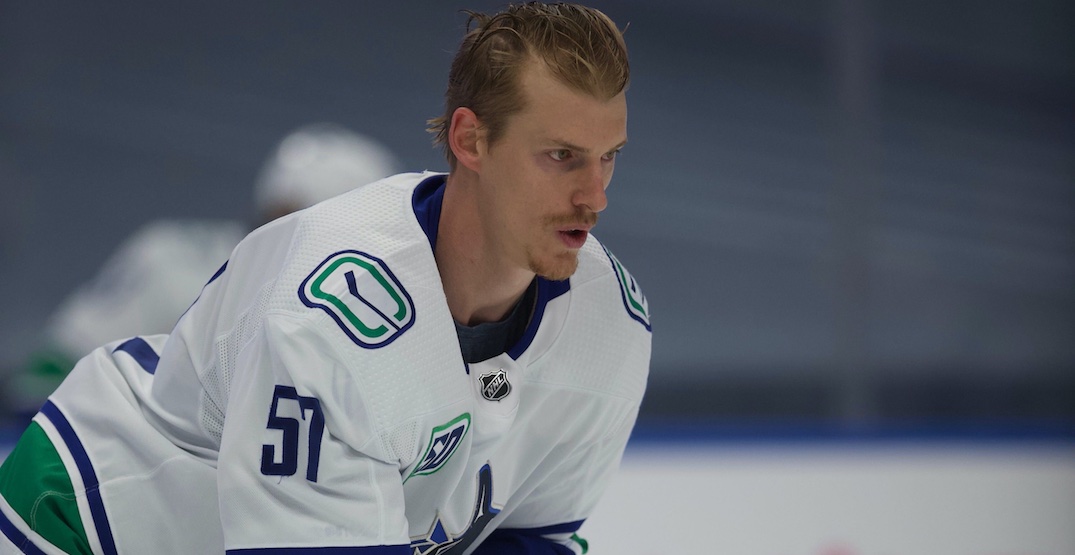 The Vancouver Canucks’ depth on defence will be tested tonight, as they look to take a stranglehold on their series against the St. Louis Blues.

Tyler Myers, who left Friday’s game early with an injury, will not be in tonight’s lineup according to a report from TSN 1040’s Matt Sekeres. Sekeres reports that Myers has suffered a shoulder injury, though not a concussion as some initially feared.

Shoulder injury for #Canucks D Tyler Myers (not a concussion).

He’s out tonight for G3 against #stlblues. Quick turnaround to G4 tomorrow night.

Travis Green spoke well of possible replacement Jordie Benn yesterday, but he was away for birth of child and missed camp.

Myers was crosschecked into the boards by Brayden Schenn in Game 2. Incredibly, Schenn was not penalized for the play.

Without Myers in the lineup, the Canucks will likely turn to Jordie Benn, a veteran defenceman who recently rejoined the team in the bubble after leaving training camp to witness the birth of his child in Dallas.

Benn hasn’t played since March 4, so he could be rusty. He shoots left, but would need to fill Myers’ spot on right defence, which is a position he thrived in while with the Montreal Canadiens.

If head coach Travis Green prefers to use a right-shot defenceman, his options are Brogan Rafferty or Jalen Chatfield, who have a combined two games of NHL experience.

This is just the second injury the Canucks have suffered on defence during the playoffs, as Olli Juolevi filled in for Oscar Fantenberg for one game during the Minnesota series.

The Canucks and Blues will play back-to-back games tonight and tomorrow, with each game starting at 7:30 pm PT.