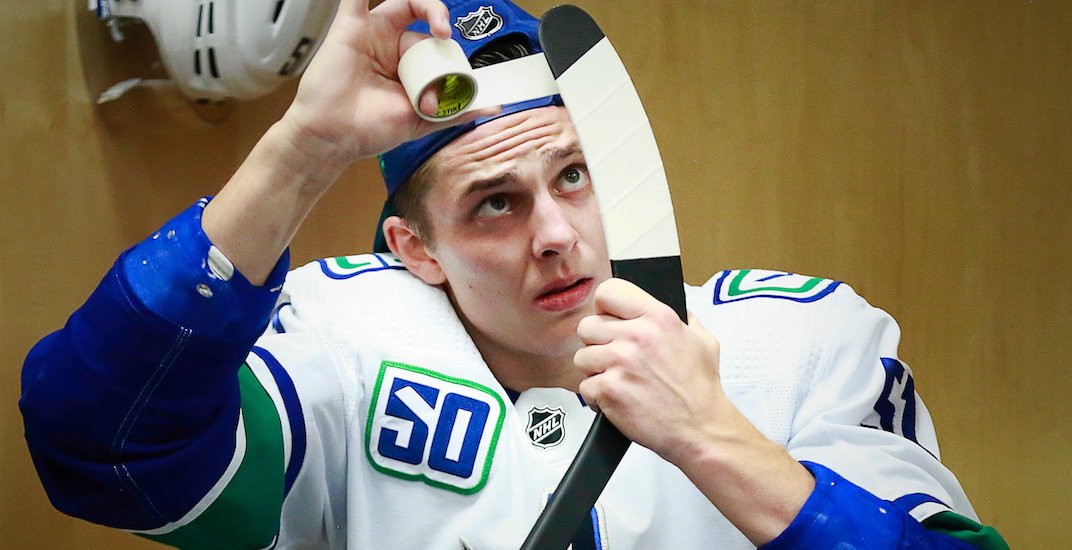 Troy Stecher is now an unrestricted free agent, as the Vancouver Canucks have chosen not to extend a qualifying offer to the Richmond native.

The #Canucks have extended qualifying offers to seven players:

To keep Stecher under team control, GM Jim Benning would have needed to qualify him at his current salary, $2.325 million. That would have made Stecher eligible for salary arbitration though, adding uncertainty to his cap number going forward.

Benning can still try to re-sign Stecher, but the 26-year-old defenceman will be eligible to sign with any team in the league when free agency opens on Friday.

The Canucks are in salary cap hell at the moment, and face the prospect of also losing unrestricted free agents Jacob Markstrom, Tyler Toffoli, and Chris Tanev. Benning has previously stated that he would like to move out salary, but that’s apparently proving to be rather difficult — which isn’t surprising given the number of undesirable deals that are currently on the Canucks’ books.

Stecher ranked fifth in ice time among Canucks defencemen last season, but he played in a top-four role quite a bit in the second half and in the playoffs as Alex Edler’s defence partner.

With Stecher and Tanev both pending UFAs, the team has only one right-shot NHL defenceman under contract beyond this season, in Tyler Myers.