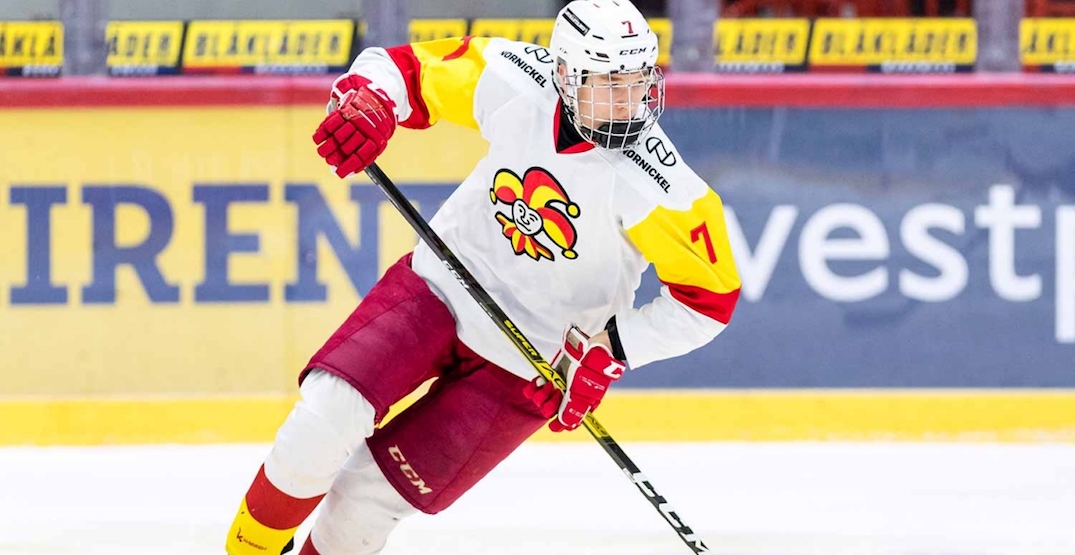 The Vancouver Canucks finally picked up a player at the NHL Draft, having to wait until the third round to do so.

After not taking any defencemen in last year’s draft in Vancouver, the Canucks chose a blueliner with their first selection today. The Canucks have added Finnish defenceman Joni Jurmo with the 82nd overall pick.

It’s a pick that’s being viewed positively by some of the local prospects experts, including Cam Robinson and JD Burke.

Joni Jurmo was #57 on my board. A nice pick by VAN at this spot.

6'4 LHD. Really nice skater but the decision-making has plagued him. Likely a 5v5 transitional guy. He's seeing limited minutes in the Liiga early on this year

I'm honestly astounded by the fact that Joni Jurmo was even available to the #Canucks. Totally slipped my mind as an option because it was hard to imagine he'd be there.

At 6-foot-4 and 198 pounds, Jurmo has good size, but he also brings mobility to the back end. The 18-year-old is a left-shot defenceman, who is currently playing with JYP in Liiga, the top pro league in Finland. Jurmo scored 28 points in 43 games last season with Jokerit’s U20 team.

"He had an awesome year last season…"

Elite Prospects’ scouting report describes Jurmo as a smooth skater and “one of the best puck-rushers in the Finnish U20 league” last season.