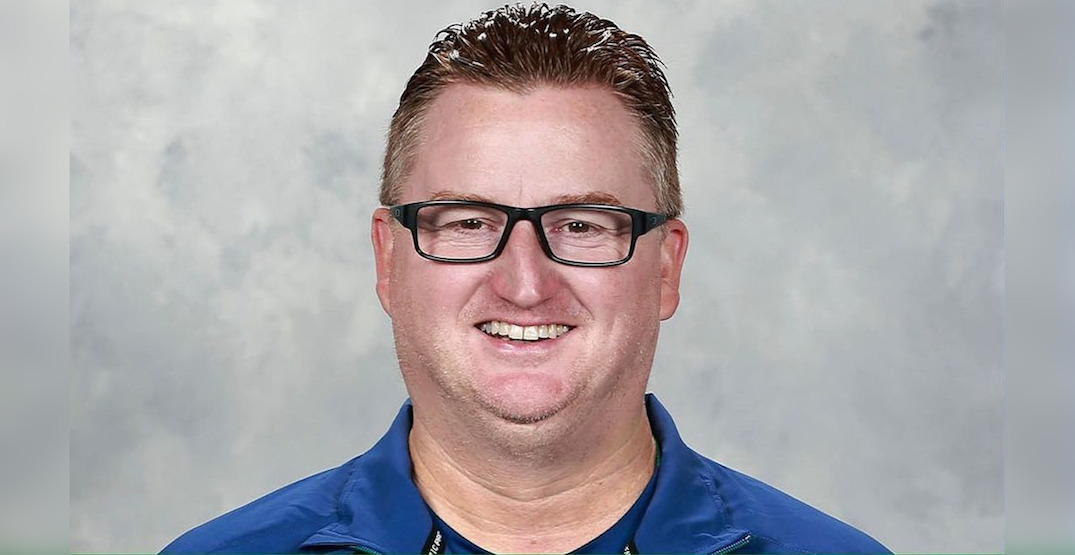 The Vancouver Canucks have found a real life hero.

During the first-ever Seattle Kraken home game on October 23, a fan sitting behind the Canucks bench noticed something very specific and very important — and it had nothing to do with the game being played on the ice.

It was a mole on the neck of Brian “Red” Hamilton, the Canucks assistant equipment manager.

She found the mole concerning enough to get the longtime Canucks trainer’s attention during the game.

Hamilton says the mole on the back of his neck was malignant melanoma, which is a type of skin cancer. Thanks to the fan, he had it looked at by a doctor, and got it removed.

“I am trying to find a very special person and I need the hockey community’s help,” Hamilton said in a letter posted to Canucks social media channels today. “To this woman I am trying to find, you changed my life, and now I want to find you to say THANK YOU SO VERY MUCH!”

The Canucks are playing in Seattle again tonight, making this the perfect time to reconnect.

“The message you showed me on your cell phone will forever be etched into my brain and has made a true life-changing difference for me and my family. Your instincts were right and that mole on the back of my neck was a malignant melanoma and thanks to your persistence and the quick work of our doctors, it is now gone.

“I want you all to know that this isn’t about me. It’s about an incredible person taking the time to notice something concerning and then finding a way to point it out during the chaos of a hockey game. Going to great lengths to get my attention from the stands while I did my job on the Canucks bench. We are looking for this incredible person and we need you to share this with your friends and families to help us find a real life hero, so I can express my sincerest gratitude.”

The woman has been identified already, the Canucks confirmed.

The woman has been found in our #ladiesoftheKraken group on Facebook. She will be reaching out to the team! @lasvegaspokers ❤️ pic.twitter.com/9bAqS8m0FP

It appears word spread through the “Ladies of the Kraken” Facebook group. A woman named Yukyung Nelson posted in the group that this was her daughter, who she says has been accepted into multiple medical schools.

Nelson added that they have season tickets behind the visiting team’s bench, and that her real life hero daughter will be at the game again tonight.