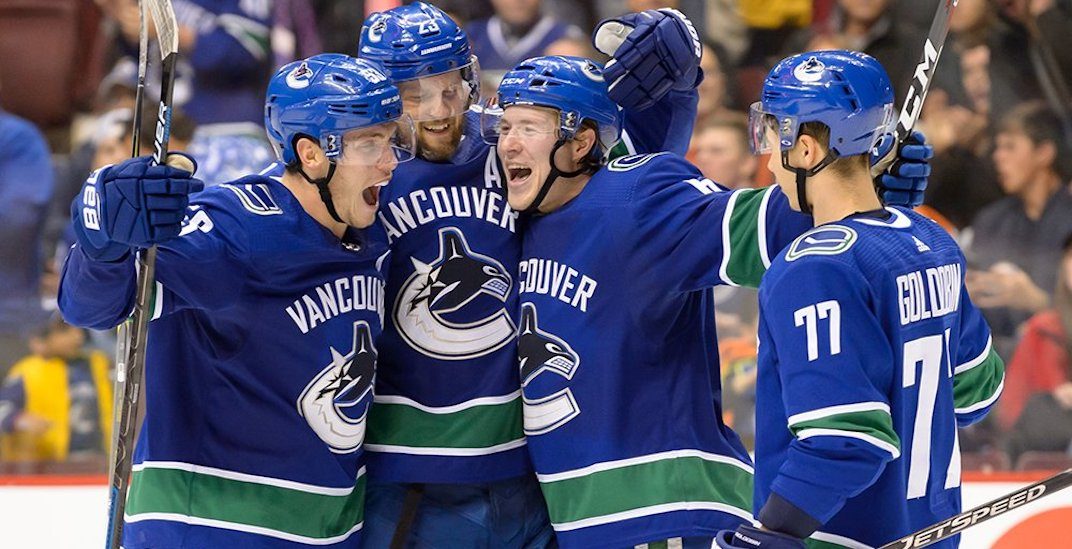 The Vancouver Canucks have been one of the surprise teams of the NHL this season.

Sunday’s win against Roberto Luongo and the Florida Panthers improved Vancouver’s record to 21-21-5, putting them in a three-way tie with Anaheim and Minnesota for the final playoff spot in the West – though both the Ducks and Wild have games in hand. 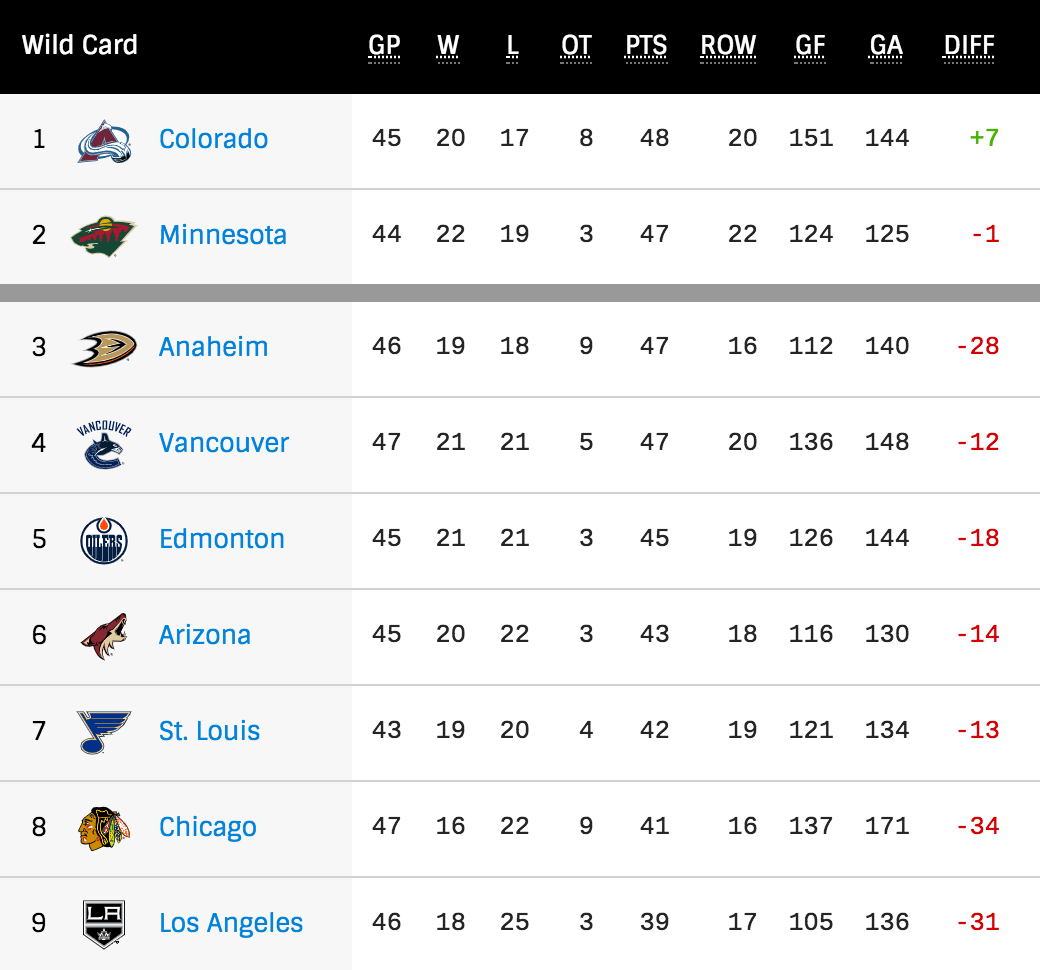 Not much was expected from a Canucks team that returned the same goaltenders and defencemen as last year, with the Sedins now missing on forward.

But a healthier roster and the emergence of Elias Pettersson has changed the game. The Canucks now appear to be a team on the rise with an impressive core group of young players that includes Pettersson, Brock Boeser, and Bo Horvat.

The analytics website SportsClubStats.com has the Canucks currently with a 32% chance to make the playoffs, far higher than anyone would have predicted at this point of the season.

With six weeks to go before the February 25th NHL trade deadline, the Canucks could be in an interesting spot.

A playoff berth would be fun for the city and valuable experience for the team’s young players, but let’s be real. This team is nowhere near a Stanley Cup, and needs to keep building for the future.

Having 47 points through 47 games is nothing to write home about — in fact it’s slightly behind the pace set by Willie Desjardins coached Canucks teams in 2016-17 and 2015-16.

Teams like the Canucks have been fooled with playoff appearances before. Look no further than the Colorado Avalanche, who made the playoffs with a number of good, young players in 2013-14 in Patrick Roy’s first season behind the bench. They missed the playoffs the next three years.

The Calgary Flames were feeling good about their team in 2014-15, making it to the second round of the playoffs during Johnny Gaudreau’s rookie season. They missed the postseason two of the next three years and haven’t won a playoff game since.

OFFICIAL: The #NJDevils have acquired forward Michael Grabner from the Rangers in exchange for a 2018 2nd Rd. Pick and prospect Yegor Rykov. pic.twitter.com/muRtpW4oJn

Think the New Jersey Devils would like a do-over from last year’s deadline? They gave up a second-round pick for Michael Grabner and a third-rounder for Patrick Maroon in an effort to make the playoffs. It worked, as the Devils made it in, but they were bounced in five games.

This season New Jersey is eight points out of a playoff spot, while Grabner and Maroon play for other teams, having left the team in free agency.

If they’re in position to make a run at the playoffs, the Canucks may decide to stand pat at the deadline. Or worse, they may be buyers.

As nice as the Canucks’ run has been this season, it’s important that GM Jim Benning keeps things in perspective. If Pettersson, who is enjoying the best rookie season in franchise history with 42 points in 38 games, and the Canucks’ young players drag them into the playoffs, that’s good news. It shows the team has some good young players that they can build around.

What it doesn’t do, is prove that the Canucks are in ‘win-now’ mode.

The trade deadline is the ideal time for rebuilding teams to stock their cupboards. Cup contenders desperate to put their team over the top are easy prey this time of year. How else could the Canucks fleece the Senators and Sharks in 2017, picking up prospects Jonathan Dahlen and Nikolay Goldobin for Alex Burrows and Jannik Hansen – two older players who are now out of the NHL?

The Canucks need to have their eyes on two years from now, when more of their prospects are in the lineup, and when their top players are more developed. You’d hate to see the team take a major step backwards by trading Alex Edler or Chris Tanev, though if an offer knocks their socks off, they have to consider it.

With Adam Gaudette showing enough flashes in his rookie season, Brandon Sutter, who turns 30 next month, seems like a logical player to shop.

The Canucks have a nice group of young forwards, but there are serious question marks remaining on defence. Outside of Quinn Hughes, who appears to have a bright future, there’s not a whole lot to get excited about.

When Olli Juolevi arrives and how good he’ll end up being is not clear. The Canucks have defence prospects Jett Woo, Toni Utunen, and Jack Rathbone in their system, but they’ve each got a long way to go before being impact players at the AHL level, nevermind the NHL.

The team still relies on Edler and Tanev a lot, which is of increased concern given they turn 33 and 30 in 2019, respectively.

This is a nice season and the Canucks are a good news story, but the rebuild is not over. Benning’s job is now to not succumb to temptation, like the Devils did last season. If the Canucks make the playoffs, that’s great, but it can’t be the goal.

In Vancouver, even with a team that hasn’t made the playoffs since 2015, Benning has one job: build towards winning the first Stanley Cup in franchise history.