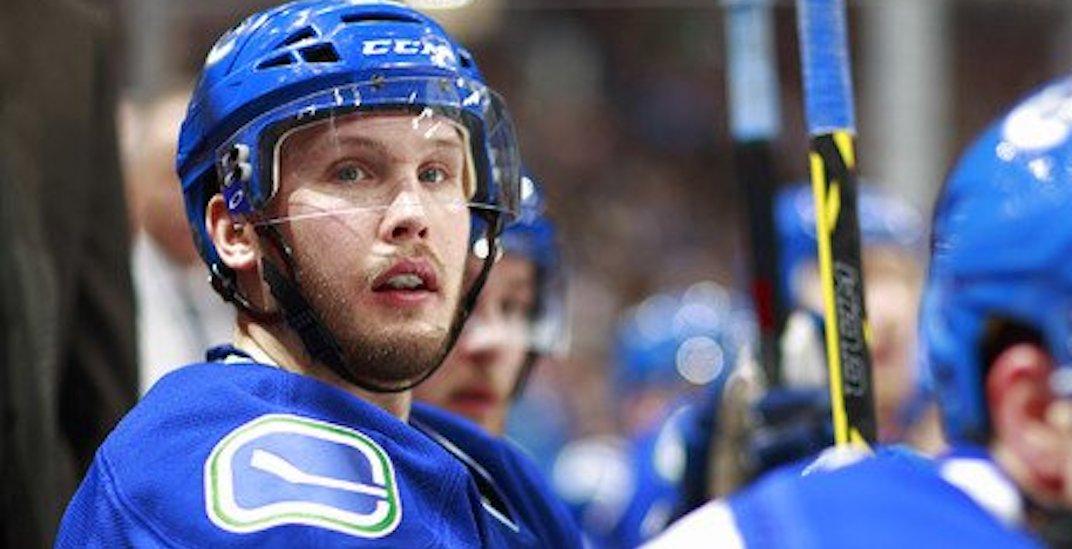 According to a report from Sportsnet 650’s Rick Dhaliwal, Biega doesn’t know he’s been traded yet because he’s already gone to bed. He must have his phone on do not disturb.

Biega, 31, was in his seventh season in the Canucks organization, split between Utica and Vancouver. After two full seasons with the Comets, Biega has served primarily as a depth defenceman on the Canucks’ NHL roster since 2015-16.

In Pope, the Canucks get a 25-year-old winger that has played just one season of pro hockey after four years with the University of Nebraska-Omaha. The 6-foot-3, 205-pound winger got a rude welcome to the AHL, scoring just three points (2-1-3) in 28 games last season. He also spent time in the ECHL, collecting four points (3-1-4) in seven games.

He showed some promise in college though, scoring 72 points in 69 games in his final two seasons with UNO.

"I got a shot to make the NHL. I just got to have a good summer and work on a few things" – David Pope, who was signed to a two-year entry-level contract by the #RedWings in May. | #DRWDC #LGRW pic.twitter.com/okQj6ywyaT

A native of Edmonton, Pope played his junior hockey in the BCHL between 2011 and 2014. He was selected by the Red Wings in the fourth round (109th overall) in the 2013 NHL Draft. Pope should begin his tenure in the Canucks’ organization with the Utica Comets.

The Canucks will save some money with this deal, as Pope is in the final year of his entry-level contract, paying him $70,000 while he’s in the AHL. Biega is in the last year of a one-way deal that pays him $700,000, regardless of whether he’s playing in the NHL or AHL.