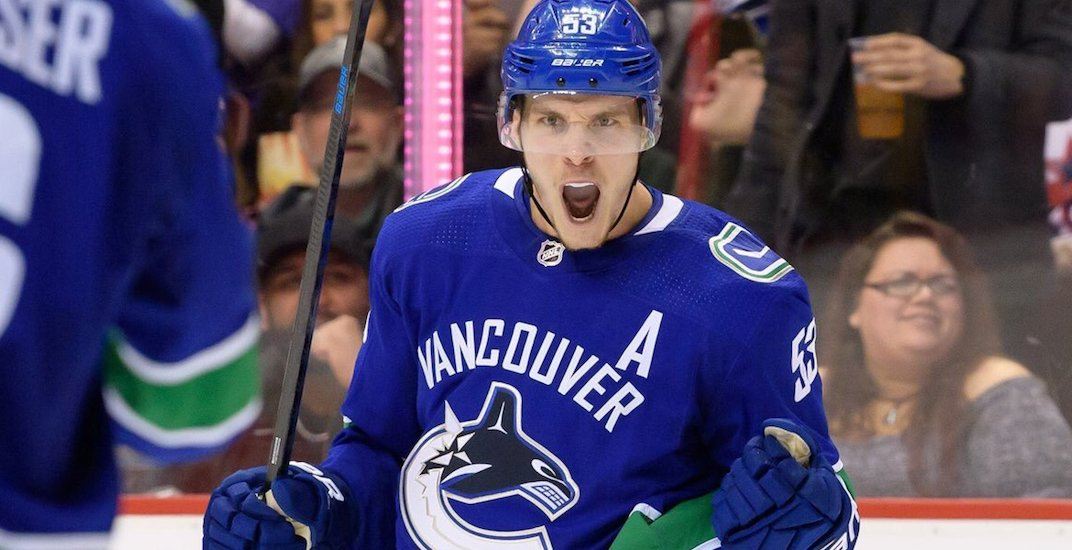 On the eve of the 2019-20 season, the Vancouver Canucks still don’t have a captain.

At least, not publicly.

The Canucks announced on Tuesday that nobody will wear the C in their first two regular season games, both on the road, in Edmonton and Calgary.

They’re going to save the captaincy announcement for the third game of the regular season — their home opener — to kick off their 50th anniversary season.

“We are going to name a captain this season,” Travis Green confirmed after Tuesday’s practice. “We’ve put a lot of thought into it. We don’t take it lightly. We think that it’s the right time for our organization, the right time for the person we’re going to name. We think it’s a special moment and something that our fans should be able to witness first hand. We’re going to make the announcement on our first home game Wednesday night.”

The Canucks haven’t had a captain since Henrik Sedin retired at the end of the 2017-18 season. Last season, the team chose to go with four alternate captains: Bo Horvat, Alex Edler, Chris Tanev, and Brandon Sutter. Those four players will also form the leadership group this season, the team announced.

#Canucks leadership group for this season:

As for the captain, we'll find out soon…👀 pic.twitter.com/Qoh6sFg9aj

The heavy favourite to be named captain is Bo Horvat, who could have been handed the C last season. There’s been some support from fans for Elias Pettersson, though that would seem premature given his age and experience.