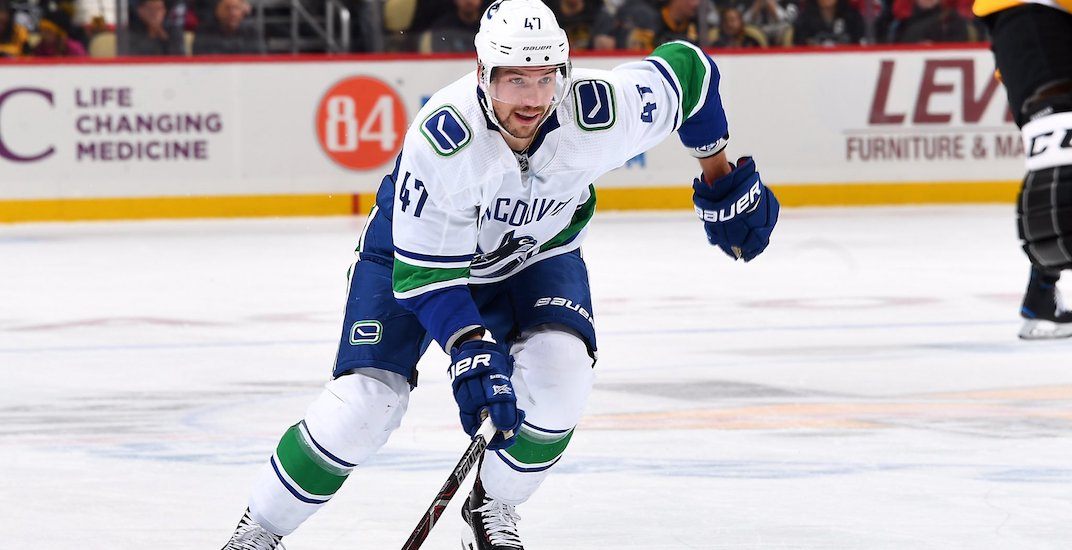 We may not have seen the last of Sven Baertschi in a Vancouver Canucks uniform after all.

All three players, who were cut and placed on waivers by the Canucks yesterday, cleared this morning.

The other 30 NHL teams passed on the trio of Canucks castoffs, who will all report to the Utica Comets.

In terms of how this affects the Canucks’ salary cap, both the salaries of Goldobin ($900,000) and Biega ($825,000) will come off the books while they’re playing in the AHL. The Canucks will still be on the hook for $2.29 million of Baertschi’s $3.36 million cap hit though, as the max teams are allowed to bury in the minors on any given contract is $1.075 million.

Baertschi’s contract is likely the reason he wasn’t claimed off waivers, as a number of teams are don’t have much money left to spend. The 26-year-old Swiss winger has two years left on his current deal.

The Canucks open the regular season Wednesday in Edmonton.