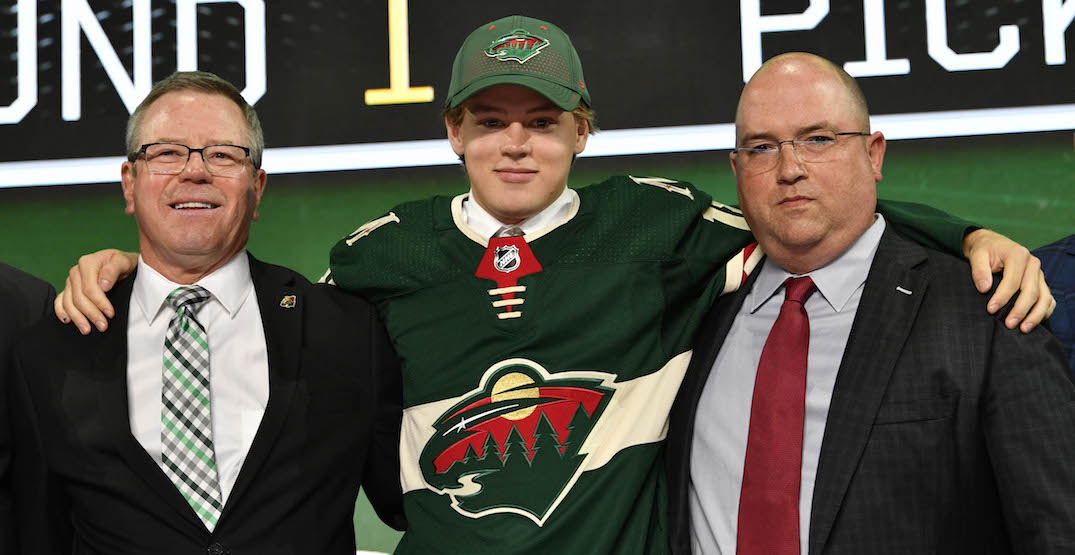 The Vancouver Canucks have added another new prospect.

GM Patrik Allvin is delivering on his promise to supplement the team’s shallow prospect pool by adding European free agents.

Six days after the Canucks signed free agent centre Nils Aman, Allvin has snapped up another 22-year-old Swede. Filip Johansson, a 6-foot-1 defenceman, has signed a two-year deal with the Canucks.

“Filip plays a solid defensive game and has shown consistent improvement over the past three seasons,” said Allvin. “He will continue to develop his game in Sweden with Frölunda next season, but we look forward to welcoming him to Vancouver for Development Camp at UBC next month.”

Welcome to the #Canucks, Filip! pic.twitter.com/t7mAKzRB0Z

Having not picked in the first round of the NHL Draft in consecutive years for the first time in team history, the Canucks added a first-rounder today — albeit one whose stock has fallen. Johansson was the Minnesota Wild’s first-round pick in 2018, selected 24th overall.

Johansson scored just 11 points (3-8-11) with Frölunda in the SHL last season, sixth-most among defencemen on his team. He did have a productive playoffs though, scoring seven points, including five goals, in nine postseason games.

Filip Johansson with a rip off the rush for Frolunda #mnwild pic.twitter.com/GrlQDom1i9

Minnesota opted not to sign Johansson earlier this month, instead choosing to receive a pick at the end of the second round, which the NHL awards to teams that don’t sign their first-rounders.

European free agent signings was one area Allvin identified as a way to improve after he was hired as GM back in January.

“This organization, with fewer [draft] picks coming up, I think this is a great landing spot for a lot of European and college Canadian players. So you’re gonna get opportunities,” Allvin said at the time. “We don’t want to use any excuses. We need to find ways to get better every day and I’m sure our scouting staff will be up for the task to find more players, better players.”

The Canucks are reportedly one of the finalists to sign this year’s most coveted European free agent, Andrei Kuzmenko. CHEK’s Rick Dhaliwal reported that Kuzmenko will meet with the Canucks this week, with Darren Dreger of TSN adding that the Russian winger will also meet with Edmonton and two US-based teams.