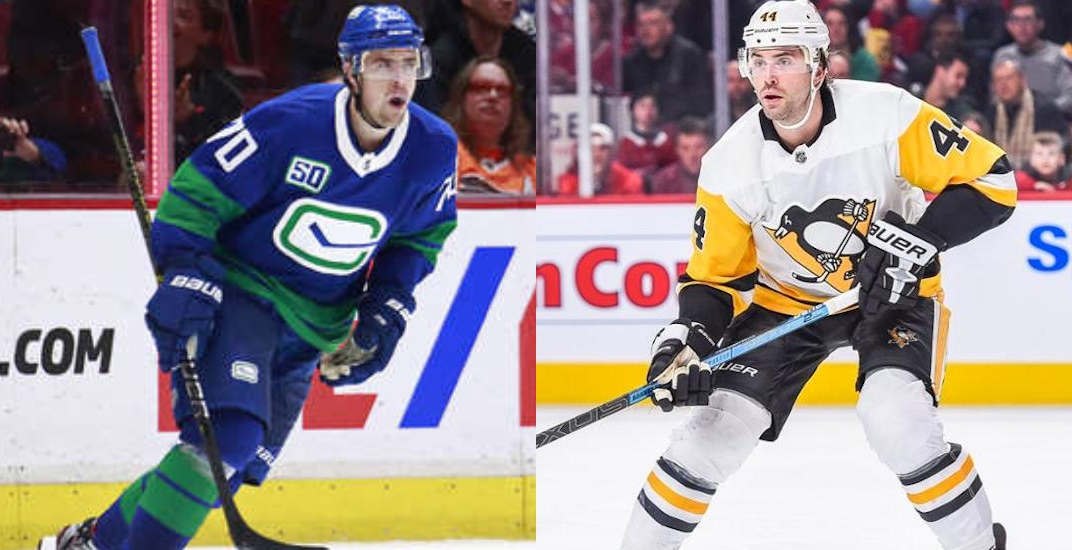 After opening with a pair of losses in Alberta, Canucks fans held their breath heading into the opening homestand of the season.

A third loss in a row, especially to a team like the Los Angeles Kings, would be a tough pill to swallow after coming into the season with optimism for the first time in years.

What a difference a week makes, as the Canucks are on a three-game winning streak — perfect since naming Bo Horvat captain.

Part of that success can be attributed to Tanner Pearson, a player who flew under the radar when he was acquired by the Canucks at the trade deadline in February.

Most of the focus was understandably on the departure of Erik Gudbranson, who struggled mightily in three seasons in Vancouver. What was less obvious was the fact that Canucks GM Jim Benning was finally able to pick up a reliable top-six winger — something he had been openly coveting for years.

Finding a home in Vancouver

The Canucks bought low on Pearson, who was in the midst of his worst season since breaking into the NHL in 2013-14. After registering zero goals and just one assist in 17 games to start the season, the LA Kings traded Pearson to the Pittsburgh Penguins in November. It didn’t go much better with the Pens, as Pearson scored only 14 points (9-5-14) in 44 games before being moved again to Vancouver.

“I got away from my game a bit last year with going to the net and being hard on the forecheck,” Pearson told Daily Hive after practice on Tuesday. “Obviously it was a bit of a different year last year being moved twice but that’s the way this business is. I found a home here in Vancouver and it’s been awesome so far.”

Thanks for Pearson @penguins

Pearson has been excellent in blue and green, scoring 12 points (9-3-12) in 19 games to end last season and has added another four points (2-2-4) in five games. He came out of the gates quick, registering an eye-popping 11 shots on goal in the season-opener in Edmonton.

The 27-year-old has been used in a variety of different situations, holding the distinction of being the only forward being relied upon regularly by Travis Green for both the power play and the penalty kill. He was also used in the shootout on Saturday, scoring the game-winner against the Philadelphia Flyers.

It’s early into his Canucks tenure, but Pearson is scoring at a 37-goal and 54-point pace with his new team. While that pace is sure to slow, he certainly he looks more like the player that averaged 18 goals and 40 points spread over three seasons with the low-scoring Kings than the guy who lost his way last year.

Pearson has produced in Vancouver while fitting in well on Horvat’s wing, as the regular linemate the new Canucks captain had been missing.

“I think chemistry’s such a big part of this game,” he said. “I like to think we think the game the same way. We’re not the fanciest guys, but we’ll use our big bodies on the forecheck and take care of our own end and go from there.”

Combined with the offseason additions of JT Miller and Micheal Ferland, suddenly the Canucks have some size on their top three lines. That’s something Pearson was familiar with during his time with the Kings, of course.

“When I first got into the league, LA was such a defensive-minded team. I think that helped me out to mature as a player. Playing with Carts (Jeff Carter) or Kopi (Anze Kopitar), they’re always good in their D-end and let that do the work and go north from there and Bo’s pretty similar to that.”

Tanner Pearson tips the Tanev shot past Carter Hart to put the #Canucks ahead again. pic.twitter.com/MH9a7H6Sk4

While he doesn’t play a bang-and-crash game like Ferland, Pearson has gone to the dirty areas for both of his goals this season, scoring on a pair of deflections against the Oilers and Flyers.

Meanwhile in Pittsburgh, after a promising start to his Penguins career, it appears Gudbranson is the player analytics experts said he was all along.

Not only is Gudbranson not a top four defenceman in Pittsburgh, he may not even be a top six blueliner anymore. Gudbranson has been a healthy scratch in two of the Penguins’ first six games, and ranks second-last among Pens d-men with a 44.83 Corsi-For percentage. He’s been relied on to play just 15:11 in the games he’s suited up for, last among all Pittsburgh defencemen.

The Penguins are stuck with Gudbranson for two more years at a $4 million cap hit. Pearson, who is seven months younger than Gudbranson, is also signed for two more seasons and will count $3.75 million against the Canucks’ cap.