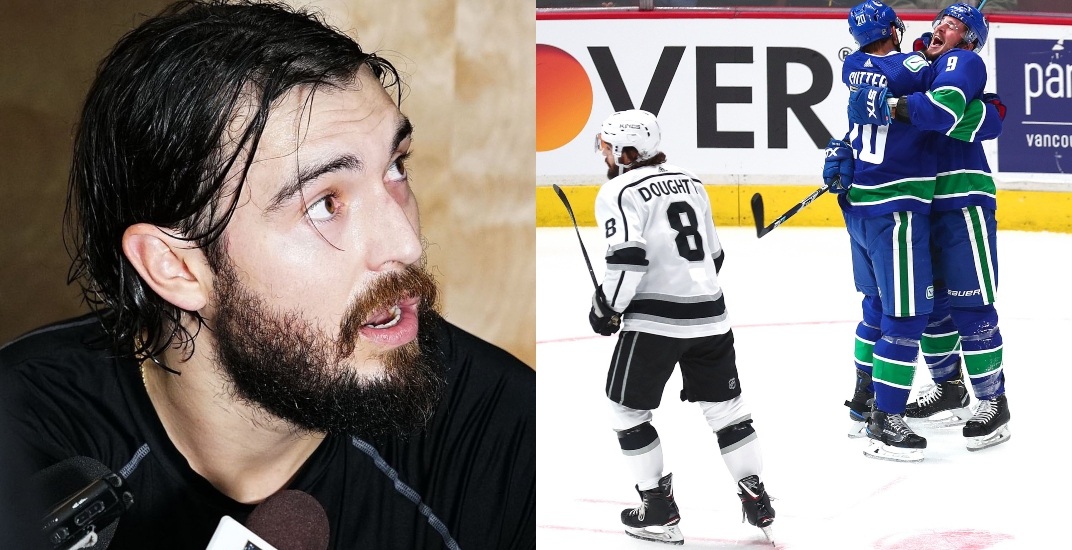 Drew Doughty didn’t downplay his disappointment after his team lost 8-2 to the Vancouver Canucks on Wednesday.

The LA Kings defenceman sounded off post-game, upset at the result in part because of who they lost to. Doughty told reporters in his post-game scrum that the loss was “embarrassing” and that “a team like that” should not be beating them 8-2.

He also mixed in an expletive, according to NHL.com’s Kevin Woodley:

Kings defenseman Drew Doughty wasn’t holding back after 8-2 loss to the Canucks tonight: “It’s (expletive) just embarrassing. A team like that should not be beating a team like ours 8-2, there’s absolutely no way."

“I know they had a lot of energy right off the bat because it’s their home opener and they had their whole ordeal with the captain and whatever,” Doughty said (quote transcribed from LA Kings insider Jon Rosen). “But we had chances to come back, and then we just gave up a goal right after we scored a goal. It was a bad team effort by everyone on this team, I thought.”

While Doughty seemed mostly upset at his own team’s performance, there was a bit of extra disbelief that they could lose to the Canucks.

It couldn’t have gone much better for the Canucks during their home opener. On a night in which they began celebrating their 50th anniversary season and handed the captain’s C to Bo Horvat, the Canucks got all the bounces. Seven different Canucks scored a goal, with 14 of 18 skaters picking up at least a point. The night also included the first career goal from rookie defenceman Quinn Hughes.