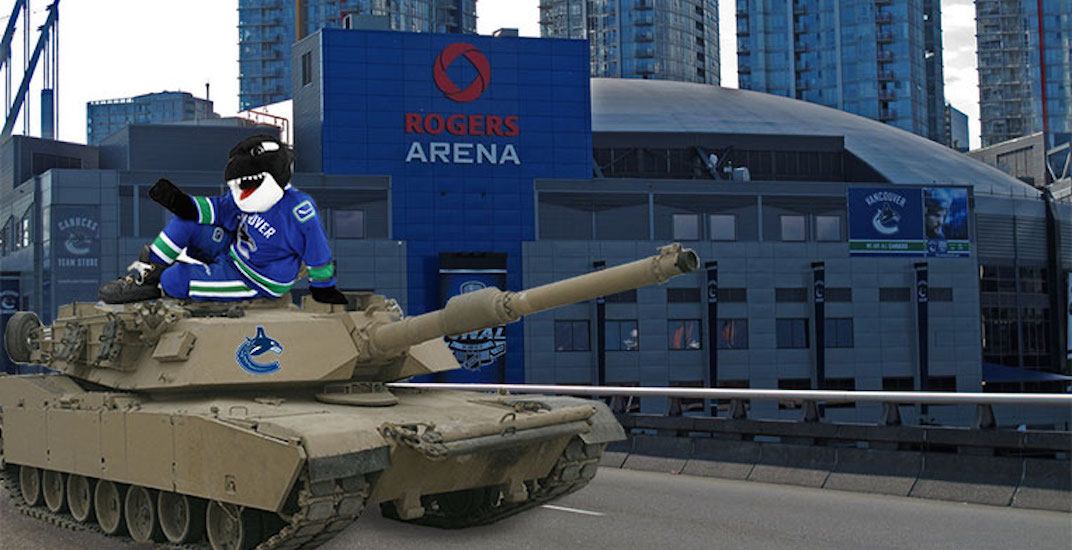 It’s a weird time to be a Vancouver Canucks fan.

With the team realistically out of playoff contention for many weeks, there hasn’t been a lot to look forward to. Now that the trade deadline has passed and Brock Boeser likely out for the season, everyone has their eyes on a now-annual tradition around these parts.

This year’s draft prize is Rasmus Dahlin, a 17-year-old Swedish defenceman with Norris Trophy potential. He’s precisely what the Canucks need in their organization, and would give the franchise the type of blueliner they have never had since entering the league in 1970.

With 12 games left, the name of the game is sinking to the bottom of the standings. The Canucks, to their credit, have done a terrific job of it the last few months (years?).

The Canucks have been the worst team in the NHL since November 1st. They’re 2-6-2 in their last 10 games.

If you’re a member of Team Tank, you certainly got your wish on Tuesday night, as the stars aligned for the Arizona Coyotes, Ottawa Senators, and Montreal Canadiens to all win on the same night.

The Canucks are now just three points from last place, which would give them the best chance to draft Dahlin.

The NHL hasn’t made this year’s lottery odds public yet, so we’ll have to take an educated guess in this regard.

They will be different from last year, in which the expansion Vegas Golden Knights were given the same odds as the third-last placed team. But they shouldn’t be too different from the previous year.

Tankathon.com estimates that the odds of picking first overall for the worst team (31st overall) will be 18% this season. The maximum number of spots you can move down is three, so finishing 31st guarantees a top-four finish. 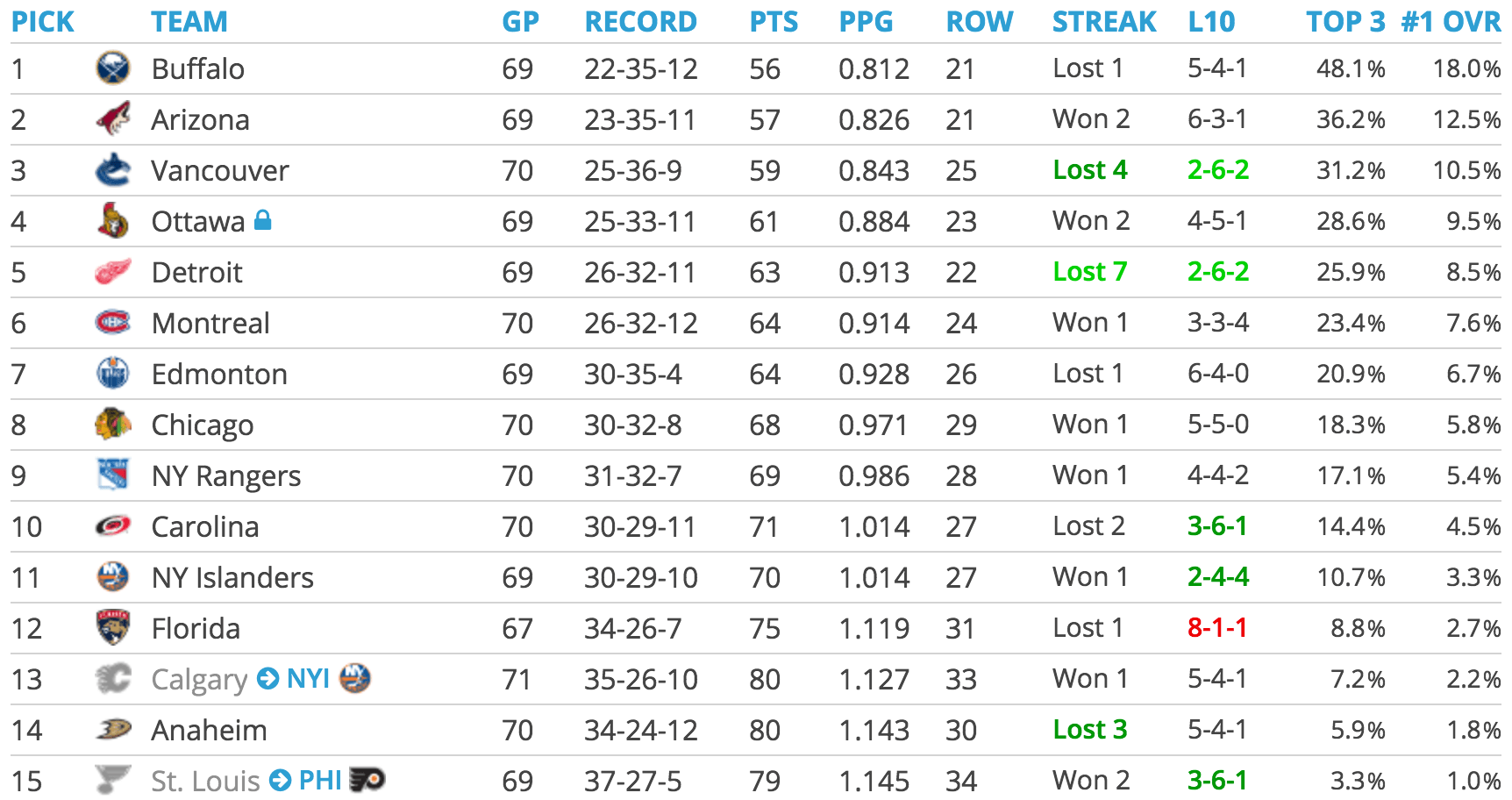 Lost in all the tanking hoopla is the reality of the above odds. The most likely position the 31st team will pick is fourth (51.9%), which is exactly what happened to the Colorado Avalanche last year.

No matter where you finish, the odds are stacked against you.

If you’re a Canucks fan, you already know what I’m going to say.

If Vancouver didn’t have bad luck, they’d never have any luck at all.

The fallacy that many people make is concluding that tanking doesn’t work. While finishing last doesn’t guarantee a top-three pick, there are still benefits beyond increasing your odds in the lottery.

While a team like Philadelphia moved all the way from 13th to second overall last year, you can’t bank on luck. No team can plan on winning the lottery, but that’s not the only thing that matters. It’s better to pick fourth than fifth, sixth, or seventh.

The Canucks finished second-last a year ago, which guaranteed no worse than fifth pick. They wound up with Elias Pettersson because of it.

The other benefit of tanking is getting a higher pick in rounds 2-7, as the draft lottery only affects the first round.

How many losses do they need?

The analytics website SportsClubStats.com estimates that if the Canucks go 0-12-0, they’ll have close to a 100% chance at finishing 31st overall. That’s not surprising.

So the Canucks will need to be bad.

The Canucks have 12 games left, with most of the teams surrounding them holding a game in hand.

Half of their final games are at home, though that likely won’t matter because their home and away records are nearly identical. The Canucks have just one back-to-back game scheduled, coming against Chicago and St Louis next week.

The Canucks have a reasonably difficult schedule ahead of them, with just four games against teams that are virtually guaranteed to miss the playoffs.

With three and a half weeks to go in the season, it’s crunch time. Here’s how the worst of the worst stack up: