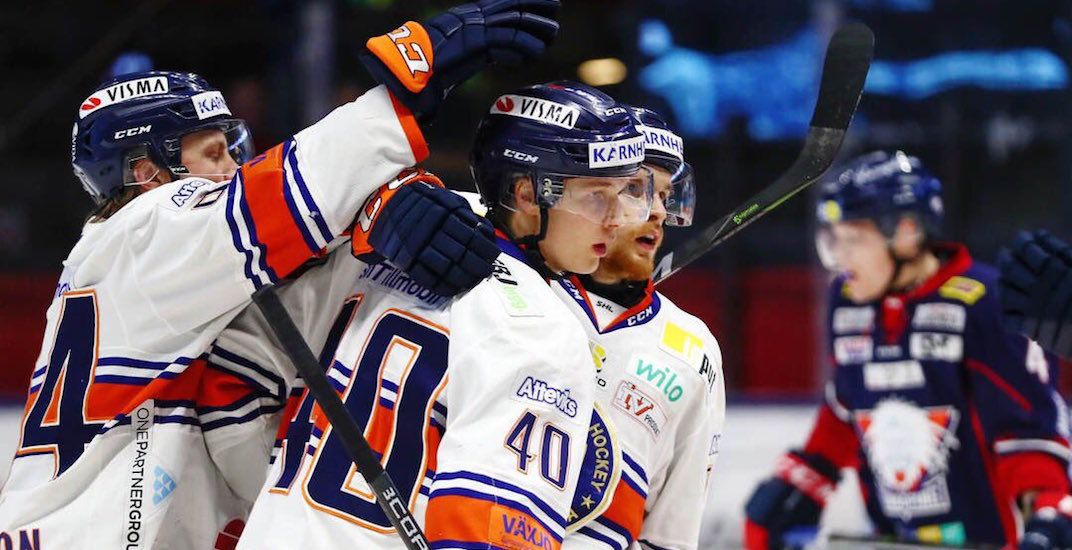 After scoring four points on Thursday to set a new points record for a junior-aged player in the Swedish Hockey League, Elias Pettersson had an encore performance on Saturday.

Pettersson added another goal in Vaxjo’s final game of the regular season, which gave the 19-year-old Canucks prospect the scoring title. It marks the first time since 1976 that a teenager has led the top Swedish pro league in scoring.

The only U20 player to do it before this season was Kent Nilsson, the man whose record Pettersson beat two days ago.

The goal that clinched it was appropriately scored on the power play, with one of Pettersson’s patented wrist shots from the off-wing.

With 56 points (24-32-56) on the season, Pettersson beat out American Ryan Lasch by one point, despite missing eight games due to his participation in the World Juniors. Pettersson also topped the league in plus-minus (+27) and points per game (among players that played more than 16 games).

Vancouver’s first round pick from last year also finished second in goals and fourth in assists.