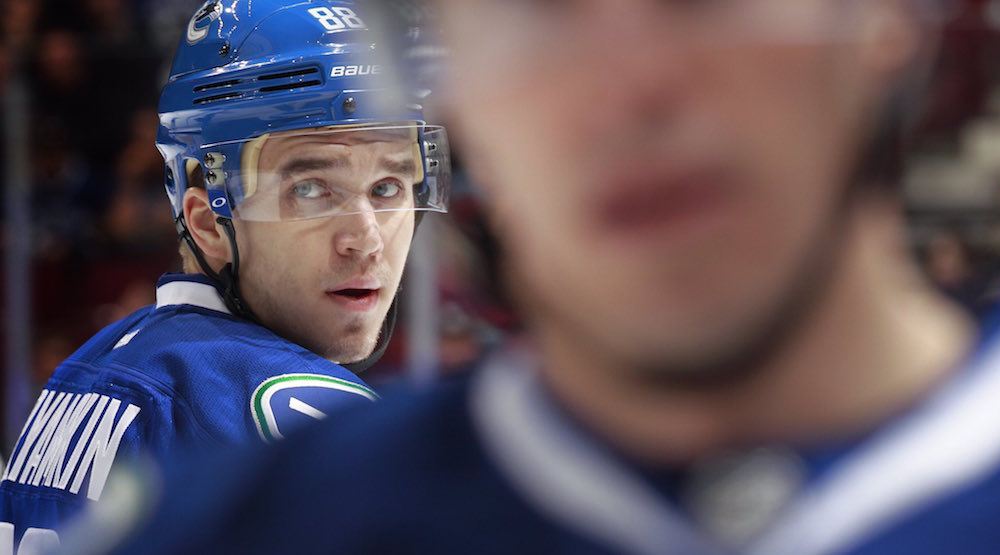 Canucks fans want answers, and they want them now.

If you haven’t heard about this, let me fill you in.

Six-foot-seven defenceman Nikita Tryamkin has become somewhat of a fan favourite this season.

The “Crushin’ Russian” has entertained fans by destroying the opposition with bone-crushing hits like no one else on the roster.

The 22-year-old has also developed into a pretty reliable defenceman for the surprising Canucks over the last two months.

It should be no wonder then, that Canucks fans want to get in on Tryamkin mania. 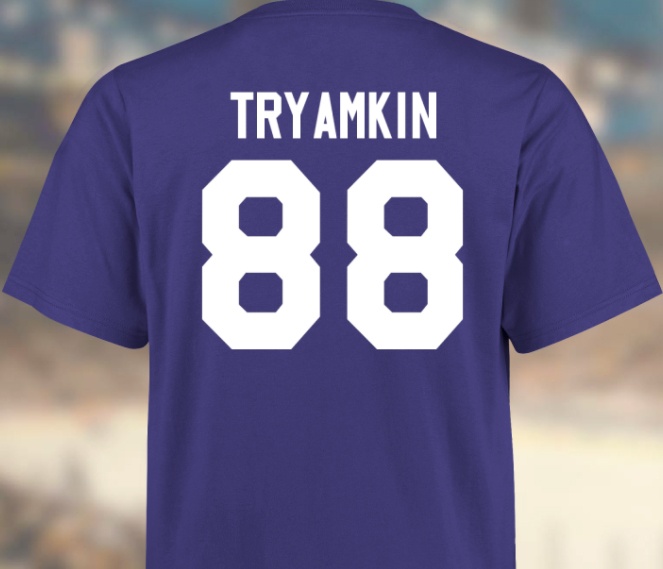 It all began with our own Wyatt Arndt earlier last month, wondering if the Canucks Team Store carried Nikita Tryamkin name and number t-shirts, or ‘shirseys’ as they are known to many.

The answer was no, and we all moved on with our lives. That was until, like any good reporter, he began to dig deeper.

@TheStanchion Unfortunately, we do not have Tryamkin Name and Number tees in store, and do not have plans to bring them in this season.

“Do not have plans to bring them in this season,” excuse me???

The people were outraged.

Does management secretly not like Tryamkin? Is he getting traded? We cannot let this stand! The Twitterverse went to work…

@CanucksStore @TheStanchion The canucks clearly have a huge disconnect with the fans. The people want Tryamkin shirts!!! WTF is wrong?!

@CanucksStore @TheStanchion typical… however u have time to fix THIS!. Do u listen to @BlakePriceTSN ?? He's convinced me for home & away

@CanucksStore WE NEED THESE. Do you not like to make money?

The polling numbers spoke for themselves…

Let's just poll it up, make it easy for @CanucksStore to know what the people want. Do you want them to stock a Tryamkin Shirsey?

Trevor Linden was even asked about it while interviewed on TSN 1040 on Tuesday.

“Why no Tryamkin shirseys in the Canucks Team Store?” Blake Price bravely asked the president.

Linden danced around the question without answering it. Perhaps he didn’t know the answer.

I couldn’t let a major story like this slide, so I did some investigative journalism.

The Canucks Team Store does not have as much autonomy as you might think. Because of the association with the NHL, some parts of the business are league controlled. For instance, the store is not allowed to sell merchandise online.

Tryamkin, who the Canucks wanted to send to the AHL in October when he was out of shape and a healthy scratch for multiple games, was not anticipated to be such a fan favourite.

By the time he found his groove in December, time became a factor for the store.

Player number t-shirts, as they are known in the industry, are produced by Reebok and need to be shipped in from out of market. This can lead to a slower turnaround than something produced locally. The Canucks have attempted to get a rush shipment in due to increased demand, but minimum orders are quite high.

In any other season, that wouldn’t be a problem. Get a huge shipment and sell the shirseys over the summer and into next season.

But with Adidas taking over the official merchandising contract next season, any excess Reebok inventory by June 30th cannot be made available for sale.

For now, if a rush shipment becomes possible, then we may see some Tryamkin shirseys this season. Otherwise, plans are in place to come up with some other type of Tryamkin t-shirt that can be produced locally.

Once the Adidas takes over, you can bet the Team Store will be well stocked with shirseys. Wyatt and I will be the first two people in line.