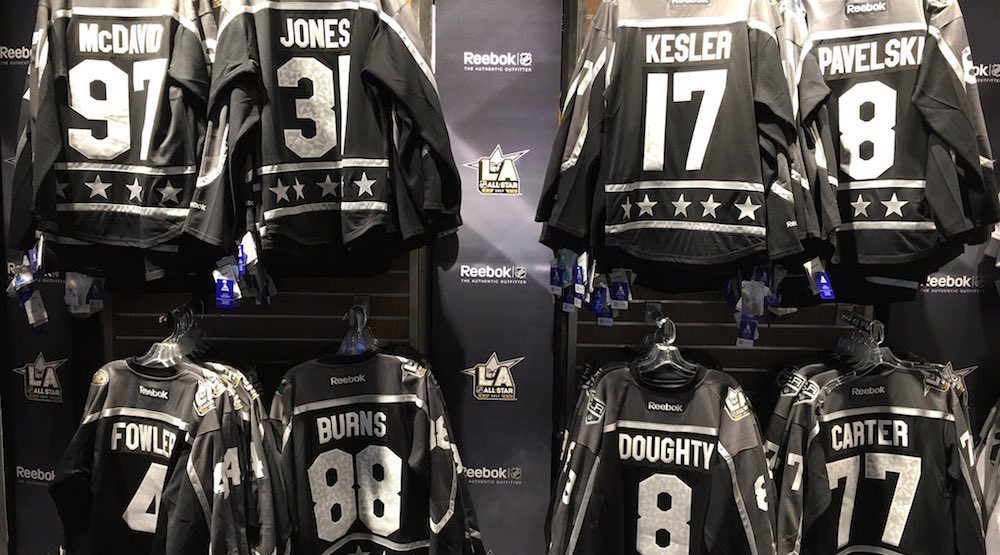 Bo Horvat is in Los Angeles, preparing for his first ever NHL All-Star Game appearance.

It’s a big deal for the 21-year-old, who currently shares the lead in scoring on the Canucks with Henrik Sedin.

Horvat’s parents, grandparents, brother, and girlfriend have all made the trip, too. Bo played in Arizona on Thursday night, but flew all the way back to Vancouver instead of flying direct to LA because he wanted to accompany his girlfriend Holly. What a guy!

Anyways, I bet Bo’s family would love to snag a few NHL All-Star jerseys with #53 Horvat on the back before Saturday’s Skills Competition.

Well, it turns out, they can’t.

Now, you can understand them not carrying every player’s jersey in-store. Given the game is in California, it makes sense to load up on Kings, Ducks, and Sharks. Make sure to have big name guys like Sidney Crosby and Alex Ovechkin too.

No problem then, just go and get a customized jersey, right?

Horvat's parents are in LA and just tried to get a custom Horvat jersey made. Denied. The store is out of Rs. #Hovat 😡

Ok come on now! The NHL All-Star festivities just begun and they’ve already ran out of R’s? Run out of X’s or Z’s, maybe. But R’s?

Give me a break, NHL!