On Friday, the NHL revealed their list of the best 100 players of all-time. The list was not overflowing with Canucks, although three former players did make the list.

STOP YELLING AT ME!

Yes, Mark Messier and Mats Sundin technically played for the Canucks, and you bet they’re on my all-time team.

You’ve seen a million all-time best Canucks lists, but this one is different. The NHL 100 list got me thinking, what would an all-time team filled with the best players to ever play in Vancouver, regardless of if their greatness came with the Canucks, look like?

The criteria for this list is fairly simple. We’re picking the players who had the best hockey careers, with one stipulation: each player has to have played at least one game for the Vancouver Canucks.

That means the third leading scorer in NHL history, Mark Messier, is a lock for the team despite his underwhelming years in Vancouver. 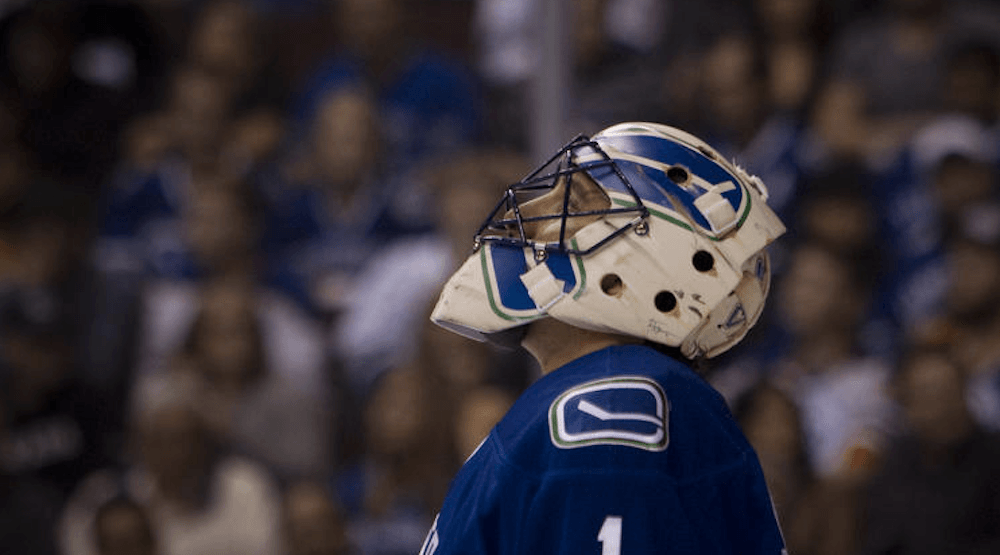 Where is Kirk McLean you ask? His Canucks career was very good, but his resume doesn’t match up to some others on the list when you consider the totality of their careers.

Comparing goaltenders from different eras with stats like goals against average and save percentage is brutally unfair given the advancement of the goaltending technology and techniques. Instead, we’ll analyze wins and performance against their peers in the same time period.

Ryan Miller ranks 20th on the all-time wins list, has a Vezina Trophy, and nearly stole an Olympic gold medal for his country.

Roberto Luongo, who is fifth on the all-time wins list, is a mortal lock for this team. Not only is he the best goalie in Canucks history, when you factor in his time with Florida, he’s looks that much better. 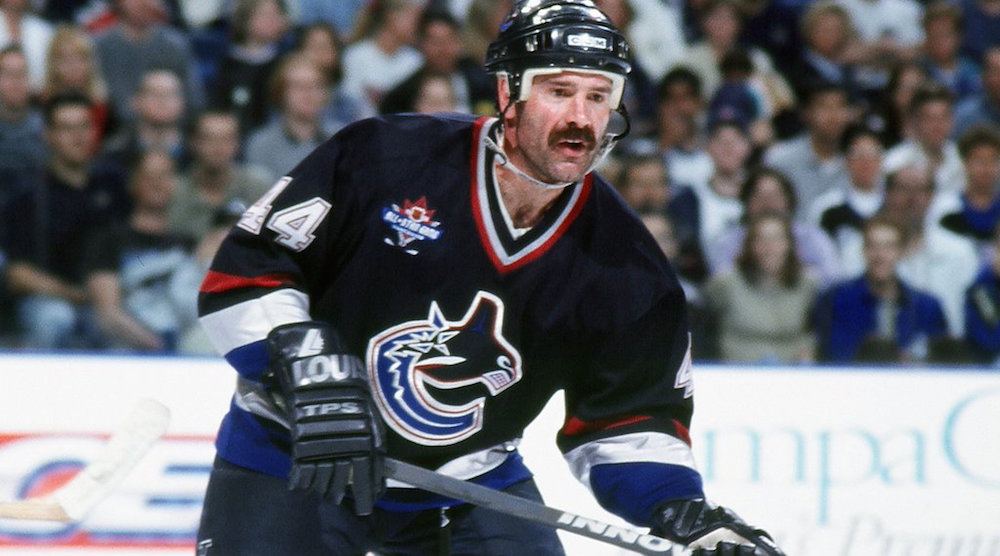 When you think of the best Canucks defencemen of all-time, you think might think of the likes of Jyrki Lumme, Sami Salo, Doug Lidster, and Dennis Kearns.

For context, let’s take a look at players that have suited up for the Canucks that also rank in the top-100 defencemen in scoring.

Mattias Ohlund and Ed Jovanovski should be very familiar to everyone. Ohlund makes the team mostly for his defensive play and physical edge. Jovanovski is on the list because of his offence and toughness, and don’t forget, he had some good years with the Florida Panthers before joining the Canucks in 1999.

Canucks fans remember Dave Babych as a tough as nails stay-at-home defenceman, but prior to coming to Vancouver, he was an offensive dynamo. With Winnipeg, Babych scored 321 points in 390 games. He ranks 25th on the all-time d-man points list, ahead of players like Chris Pronger, Dan Boyle, and Zdeno Chara. Sure he played in a different era, but that’s still impressive.

Paul Reinhart played just two seasons in Vancouver, leading the team in scoring in 1989-90, and also had nine good seasons with the Flames organization. He finished with 559 points in an injury-shortened 648-game career.

On this date in 2009, the Vancouver Canucks signed Mathieu Schneider to a one-year, $1.55 million contract.

Mathieu Schneider is 22nd all-time in scoring among d-men. He put up 743 points (just five in a Canucks jersey), and was a consistent point producer in his career.

Jeff Brown didn’t play as long as Schneider, but also produced points at a high rate. His career year came in 1992-93, when he put up 78 points in 72 games with the St. Louis Blues. 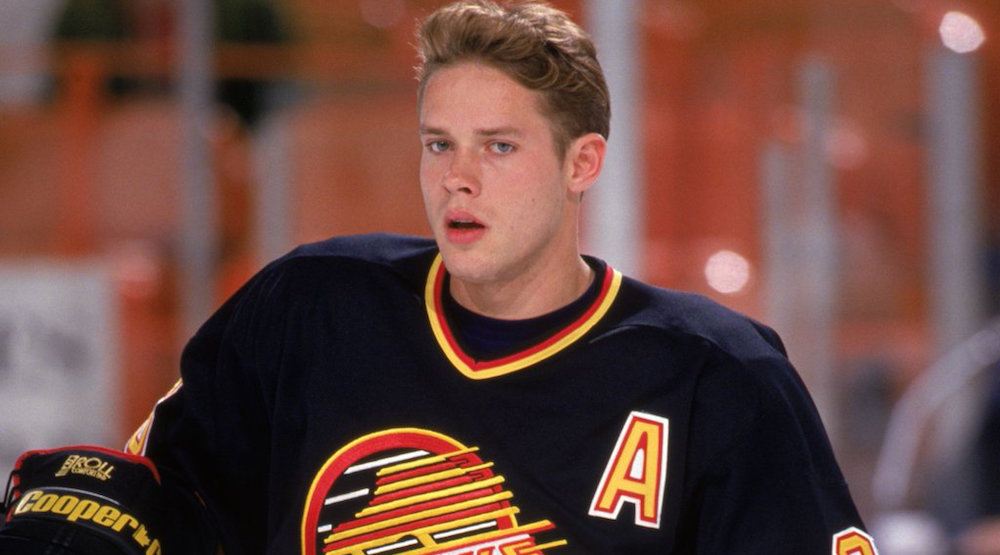 Messier, who played some left wing in his career, lines up on an all-Hall-of-Famer first line with Mats Sundin and Pavel Bure.

"One of the best phone calls I ever got was Mike Keenan telling me I'd play with Bure & Messier" – Brad May http://t.co/tjc49j5l

Cam Neely is in the Hall of Fame too, and he’s on a line with the Daniel and Henrik Sedin, who are destined for the Hall one day also.

Vladimir Krutov played just 61 NHL games, but he’s not on this list because of his career in North America. He didn’t arrive in Vancouver until he was 29, and was already a legend in Russia before his NHL career flamed out.

Krutov is in the IIHF Hall of Fame, as was his former linemate, Igor Larionov. Larionov had a very good NHL career, scoring 644 points, which is why he’s in the Hockey Hall of Fame too.

LRT On this day in 1989 Alex Mogilny defected from the USSR to join the #Sabres. His 76 goals in 1993 are the single season franchise record

Alex Mogilny scored 1032 points in his NHL career, including a 76-goal season when he was with the Sabres.

Markus Naslund led the Canucks in scoring for seven straight seasons, and was named the MVP of the league by his peers in 2003.

Cliff Ronning was an excellent scorer over his career, which included a number of productive seasons after he left the Canucks. He scored 48+ points seven times after he left Vancouver, all coming during the dead puck era.

Ronning actually has two more points than Trevor Linden did in his career, although Linden’s physical edge and leadership qualities help boost his value. Linden is best remembered for his play during the Stanley Cup run in 1994, but don’t forget he was also selected to play for Team Canada on two occasions in a best-on-best format in 1996 and 1998.

Here’s a look at former Canucks forwards who rank in the top-200 in NHL scoring: