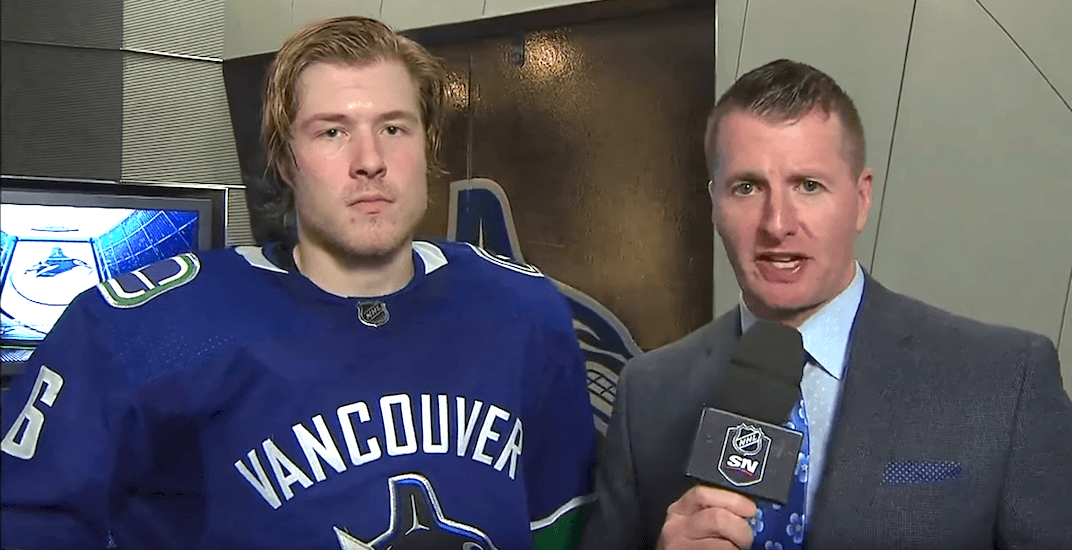 For the second year in a row, Sportsnet is the exclusive broadcast home of the Vancouver Canucks.

The long-standing dream team of John Shorthouse and John Garrett will handle things in the broadcast booth, with host Dan Murphy and rink-side reporter Irfaan Gaffar on the television side for regional games.

Sportsnet 650 enters its second year of Canucks play-by-play, with the duo of Brendan Batchelor and Corey Hirsch calling games. Mira Laurence is the newcomer to the team, replacing Ann Schmaltz, who is no longer with the station, as the rink-side reporter. Joey Kenward and Alex Auld are the intermission and post-game hosts once again.

Canucks games will air nationally on 34 occasions, including 17 appearances on Hockey Night in Canada. Though Hockey Night in Canada remains on CBC, the program has been run by Sportsnet since 2014 after Rogers paid $5.2 billion as part of a 12-year broadcast rights deal agreement with the NHL.

The remaining 48 games will be shown regionally, 46 on Sportsnet Pacific and two on Sportsnet Vancouver Hockey (Sportsnet One’s companion channel, typically used when there’s a conflict with the station’s other channels).

The Canucks kick off the regular season with a home-and-home against the Calgary Flames on October 3 and 6. 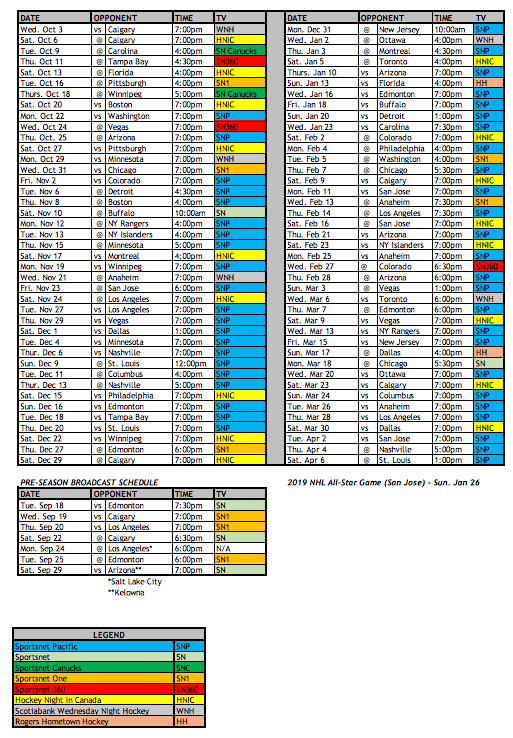