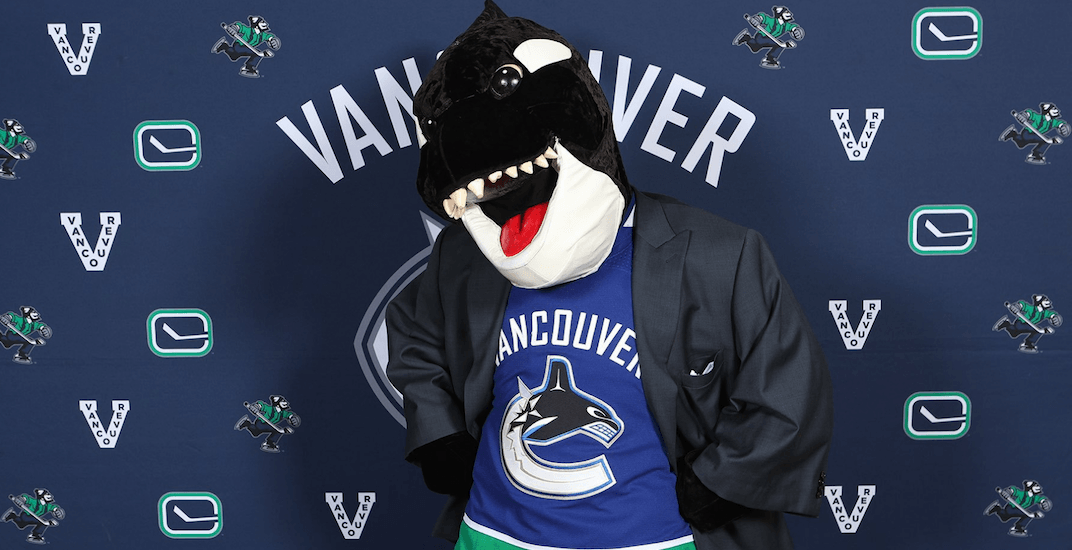 The Vancouver Canucks’ 50th anniversary season promises to be a special one.

As the team announced last week, they’ll wear their popular 1990s Skate jersey for select games in 2019-20, as the result of a fan vote. Speaking on TSN 1040 on Wednesday, Canucks Chief Operating Officer Jeff Stipec confirmed plans for the team’s new alternate jersey.

The Canucks will wear their current home and away Orca jerseys, the black Skate jersey, and a brand new one – to be unveiled in 2019-20.

“We’re going to launch a third jersey – a new jersey – to the marketplace,” Stipec said during an hour-long interview with Matt Sekeres and Blake Price.

With the introduction of Adidas as the NHL’s new official jersey supplier last season, no team in the league wore a third jersey in 2017-18. That will change next season, with more than half of teams introducing a new alternate uniform.

What it will look like, is yet to be revealed. They’ve certainly got options though.

If you thought the team would honour Henrik and Daniel Sedin by retiring their jerseys immediately, think again.

“The decision on when (to retire No. 22 and 33) has not been decided,” Stipec said. Reason for the delay is because the organization might want to save the celebration for the 50th anniversary season in 2019-20.

Given that the Canucks’ home arena is named after a damn phone company, it’s about bloody time they provided wifi for fans.

Stipec mentioned this in passing during the interview, and quite frankly, it’s long overdue.

Providing fans wifi in-arena will bring Rogers Arena up to par with a number of stadiums across North America. As it stood, wifi was only available for staff and media – and even that was subpar.

Rogers Arena’s seats will be getting a makeover at some point.

“We’re coming up to the life of those seats and I think when we do change them, they’ll be more aligned with the brand and the colours of the organization,” said Stipec. “I can’t see us bringing in the crimson red seats as a new buy. I think it would be in the blue and green just to match the team.”

I’d bet on blue and green stripes filling the arena, as the team embraces its original colour scheme. Perhaps they’ll make that change in time for the 50th anniversary?