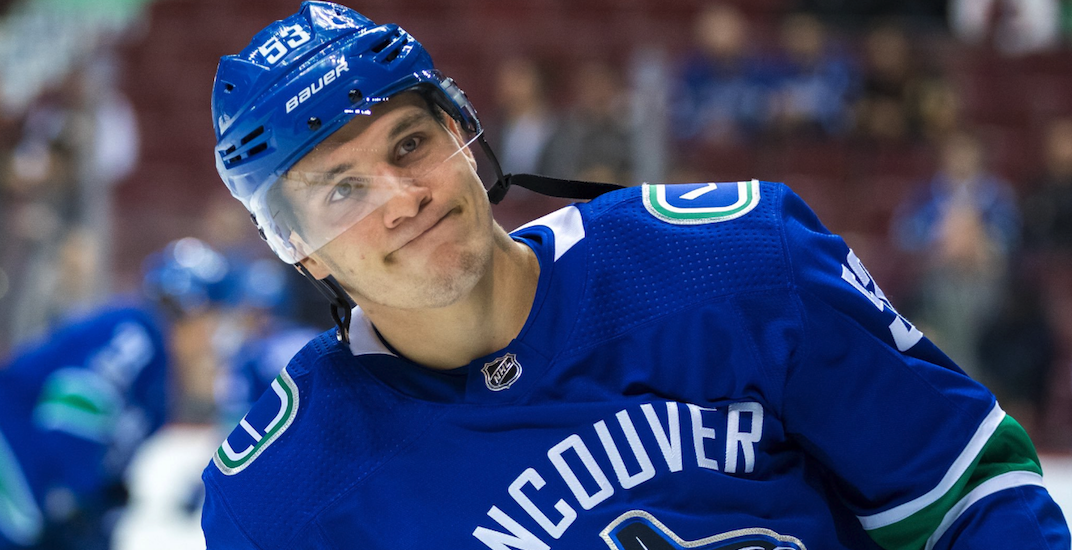 NBC released its 2018-19 NHL broadcast schedule on Monday, revealing a more diverse array of games than we’re used to seeing from an American national television broadcaster.

Hockey can be a tough sell in the US, so it’s no surprise that television stations south of the border have relied heavily on traditional ratings power teams to carry the day. The New Yorks, Philadelphias, and Chicagos of the world always get a lot of exposure.

Arizona, Carolina, or any team in Canada, not so much.

“We are touching Canada in a way we never have before,” Sam Flood, president and executive producer of NBC and NBC Sports, told USA Today.

Indeed it is, with the Edmonton Oilers appearing on NBCSN seven times. The Toronto Maple Leafs will be shown six times, including a rare all-Canadian matchup on US television against the Winnipeg Jets.

The Jets will be shown five times in total.

“We need to embrace and celebrate those teams more than we ever have before,” Flood said, adding that the network is scrapping the “Wednesday Night Rivalry” format.

The result is more teams getting more exposure than ever before, with 29 of the NHL’s 31 teams being featured.

While NBC wants to “embrace and celebrate” more teams, they have limits. As such, the network will not subject the Vancouver Canucks or Ottawa Senators on their viewership.

You can understand why NBC wouldn’t want to pick up the Canucks or Sens, given where they’re expected to finish in the standings. The Canucks have been the worst team, cumulatively, over the past three seasons. Ottawa is the most dysfunctional team in the league, finishing second-last in the overall standings in 2017-18.

Quite frankly, I’m not sure Hockey Night in Canada would want to air a Vancouver-Ottawa game next season, despite their proud history as Heritage Classic rivals.

While the Sens were shown on NBCSN once last season, it’s been a while for the Canucks. They haven’t been featured on American national television in at least five seasons.

The Canucks have the potential to become a US television darling one day – as much as you could expect from a West Coast team from Canada – with a number of young American stars in the pipeline.

Minnesotan Brock Boeser was the Calder Trophy runner-up, while Massachusetts product Adam Gaudette also made his NHL debut last season. Add in countrymen Quinn Hughes and Thatcher Demko, who are both expected to become full-time NHLers in another year, and American viewers may one day see the Canucks play hockey on national television.