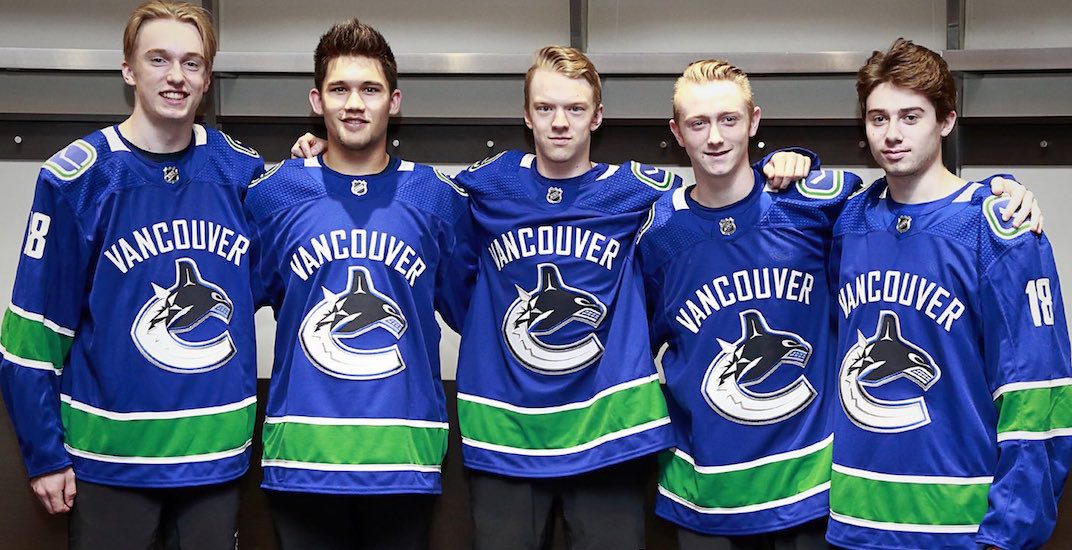 Years of losing are starting to show results for the Vancouver Canucks’ prospect pool.

While nobody’s picking the Canucks as a playoff team anytime soon, that could soon change, depending on how fast the young players in the organization develop.

Will Elias Pettersson follow the Brock Boeser learning curve, or will he take many years to establish himself as a top-line scorer like the Sedins did? Or will he – heaven forbid – end up like Cody Hodgson?

It’s hard to predict prospects, which is why fans follow their every move no matter where in the world they happen to be playing.

Here are the top Canucks prospects, and where you’re likely going to see them play next season:

Barring an early end to his NCAA season, you’re unlikely to see Quinn Hughes – or anyone else from the 2018 draft class – in a Canucks uniform this season.

Age: 18
Position: Defence
X-Factor: Canucks fans will marvel at his skill all season

Hughes is returning to Michigan for his sophomore season, where he’s expected to build upon his outstanding freshman year that saw him score 29 points in 37 games. He’s also a shoo-in to represent Team USA at the World Juniors in Vancouver and Victoria this December.

While the Canucks might like to bring him in for an end-of-season cameo appearance like they did with Boeser and Adam Gaudette the past two years, if his team qualifies for the Frozen Four, Michigan’s season will run longer than Vancouver’s.

Defenceman Jett Woo will return to Moose Jaw, for his third full season in the WHL. The Canucks’ second-round pick participated in the World Junior Showcase tournament this summer, but he’s considered to be a long shot to make Team Canada’s World Junior team.

American centre Tyler Madden will make his NCAA debut with Northeastern University, after playing last year in the USHL. The Canucks’ third-round pick is the son of John Madden.

Defenceman Toni Utunen is expected to become a regular in the top Finnish pro league next season, after appearing in just 11 games with Tappara last year. We could also see the Canucks’ fifth-rounder play at the World Juniors.

Skilled, undersized forward Artyom Manukyan is expected to play in the KHL full-time next season, after appearing in just 24 games with Avangard Omsk last year.

Age: 18
Position: Goaltender
X-Factor: He starred in a low-level league

Don’t expect to see Matthew Thiessen in Vancouver anytime soon. After an outstanding year in the Manitoba Junior Hockey League, he’s moving up to the USHL next season and is committed to play for the University of Maine the year after that. 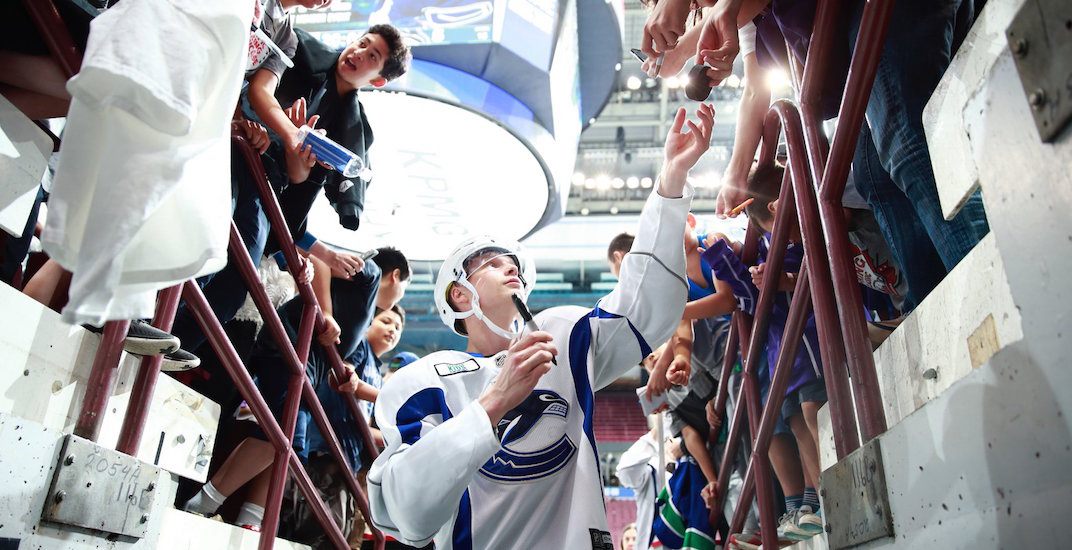 Most expect Elias Pettersson to start in Vancouver next season, likely as a winger given that’s where he spent most of his time during his outstanding season in Sweden last year.

The Canucks have the option of sending him to Utica, perhaps to gain experience at centre while he adjusts to the North American game.

Kole Lind is expected to play the full season in Utica, after an outstanding season with the Kelowna Rockets of the WHL, where he scored 95 points in 58 games.

Vancouver’s other second-rounder from 2017, Jonah Gadjovich will make his pro debut with what is expected to be a much improved Utica Comets team.

Age: 19
Position: Goaltender
X-Factor: He could be Canada’s starting goaltender at the World Juniors

All eyes could be on Michael DiPietro, who is a strong contender to be Canada’s starting goalie at the World Juniors. If that happens, we’ll find out how he deals with pressure.

Canucks fans haven’t seen much of Jack Rathbone, a smooth-skating defenceman picked in the fourth round in 2017. He spent most of last year playing high school hockey, so there’s not much video of him.

That will change next season, when he begins playing with Harvard University in the NCAA.

Kristoffer Gunnarsson better be one hell of a defensive player, because he doesn’t do much offensively. He’s still searching for his first career point in the Swedish Hockey League, in 69 career games.

Finnish winger Petrus Palmu is moving back to North America to begin playing with the Utica Comets, after one season back home. He was named the top rookie in the Liiga, Finland’s top pro league.

Matt Brassard is returning to Oshawa for an overage season in the OHL. His stat-line was impressive last season, scoring 51 points in 67 games.

The following players will play pro hockey in North America, with the Canucks in the NHL, or the Comets in the AHL:

From that list, Adam Gaudette is the most likely to stick in Vancouver, as he didn’t look out of place when he made his Canucks debut last year. Jonathan Dahlen and Olli Juolevi have a lot of potential, but the team hasn’t exactly cleared room for them on the NHL roster. They still have a lot to prove.

Thatcher Demko is expected to play one more season as Utica’s starter, before making the jump to the NHL in 2019.

Will Lockwood will play his third season in the NCAA, with Quinn Hughes at the University of Michigan. He was the Canucks’ third-round pick in 2016.

Let’s not forget about Nikita Tryamkin. He bolted for the KHL last year, but is still Canucks property and has left the door open to return to Vancouver when his contract is up in 2020.