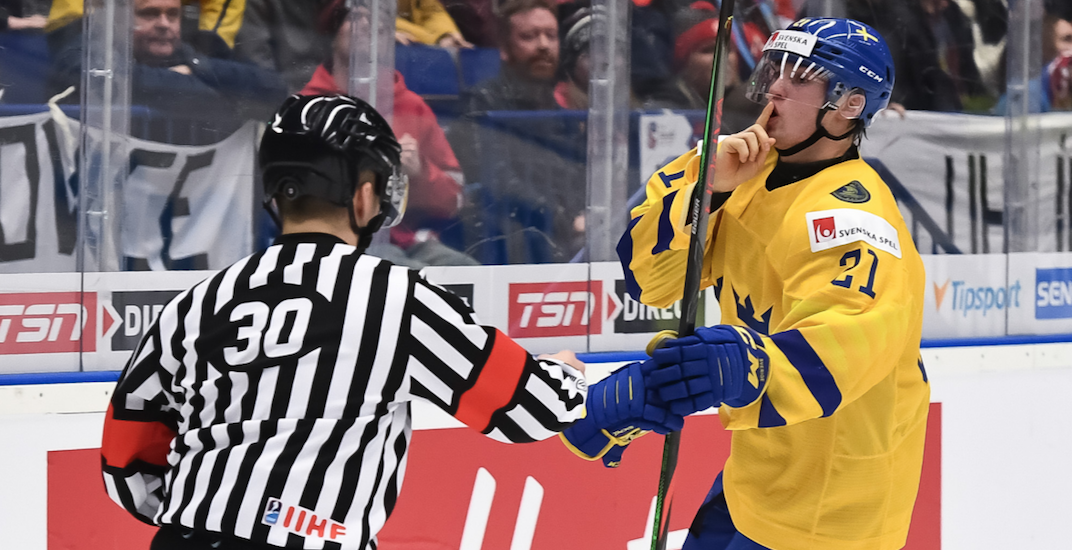 The Vancouver Canucks have signed one of their most promising prospects to a three-year entry level contract.

Nils Hoglander, a supremely-talented winger who the Canucks selected in the second-round of the 2019 NHL Draft, put pen to paper, and will likely make the move to North America next season.

“Nils is a dynamic player with a high skill level and a strong work ethic,” said Canucks GM Jim Benning. “He’s a creative playmaker with great hands and goal scoring abilities. We’re pleased to sign Nils today and look forward to seeing continued development in his game next season.”

Hoglander’s skill is plain to see, highlighted by his ability to score the lacrosse-style goal on multiple occasions. His next task will be proving he can translate that skill to the North American pro game.

The Hoglander signing comes just one day after the NHL extended its player development agreement with a number of IIHF federations, including Sweden. The Canucks were also reportedly in hot pursuit of 25-year-old Swedish free agent winger Mathias Brome, who ultimately chose to sign with the Detroit Red Wings instead.