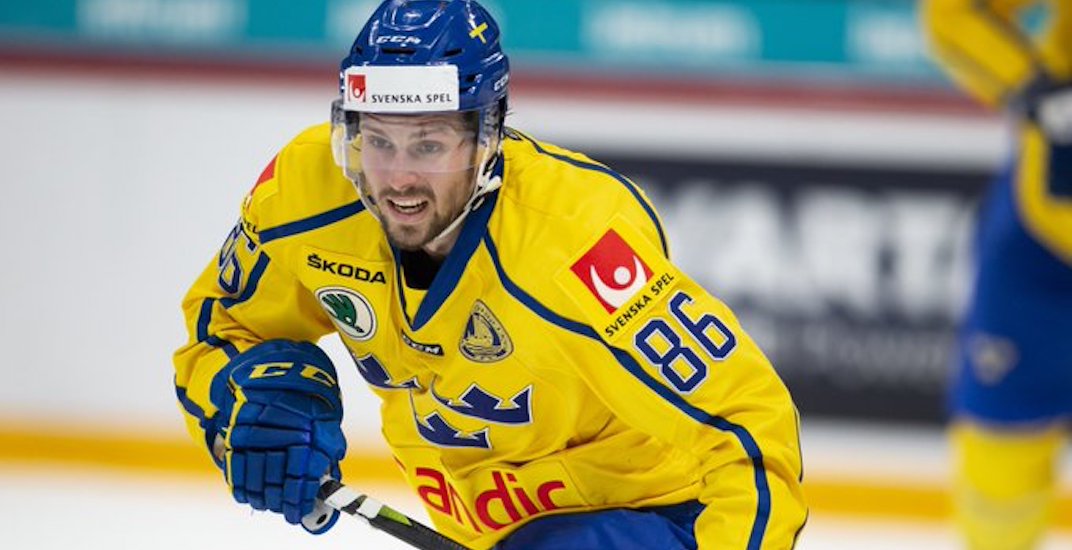 It’s down to the Vancouver Canucks and Detroit Red Wings in the Mathias Brome sweepstakes, according to a report from TSN 1040’s Rick Dhaliwal.

I expect Swedish free agent F Mathias Brome to sign soon, it’s down to the #Canucks and Red Wings.

Brome, a 25-year-old free agent left winger who finished sixth in scoring in the Swedish Hockey League last season with 43 points in 52 games, was first linked to the Canucks more than a month ago.

“Brome is a late-bloomer that only found himself a few short years ago in Sweden’s professional ranks, at which point his speed, puck skills and peskiness made him a top-flight scorer for Orebro HK,” says JD Burke, editor-in-chief of EliteProspects. “He’s defensively responsible, and he might even have utility on an NHL penalty kill. His scoring profile, while impressive relative to the SHL, isn’t what one might expect from a high-end piece, particularly when one adjusts for age, but the parts of his game that make him successful in Sweden are highly transferrable to the NHL.”

Brome made the move to the SHL in 2017, playing two seasons with Mora IK before starring with Orebro HK in 2019-20. The 6-foot, 183-pound forward has seen a jump in his goals, assists, and points in each SHL season.

Here’s an example of Brome’s speed and skill as he used the Forsberg move on a breakaway back in September:

The NHL announced earlier today that it had extended its player development agreement with a number of federations around the world, including Sweden, enabling a deal to now get done immediately.

The @NHL extends Player Development Agreements for the 2020-21 season. pic.twitter.com/ttigXvENjZ

Canucks fans will also be eagerly awaiting news of a deal with Nils Hoglander, the impressive 19-year-old they picked in the second round of last year’s draft. Their first-rounder from that year, Vasily Podkolzin, still has one year left on his KHL contract.