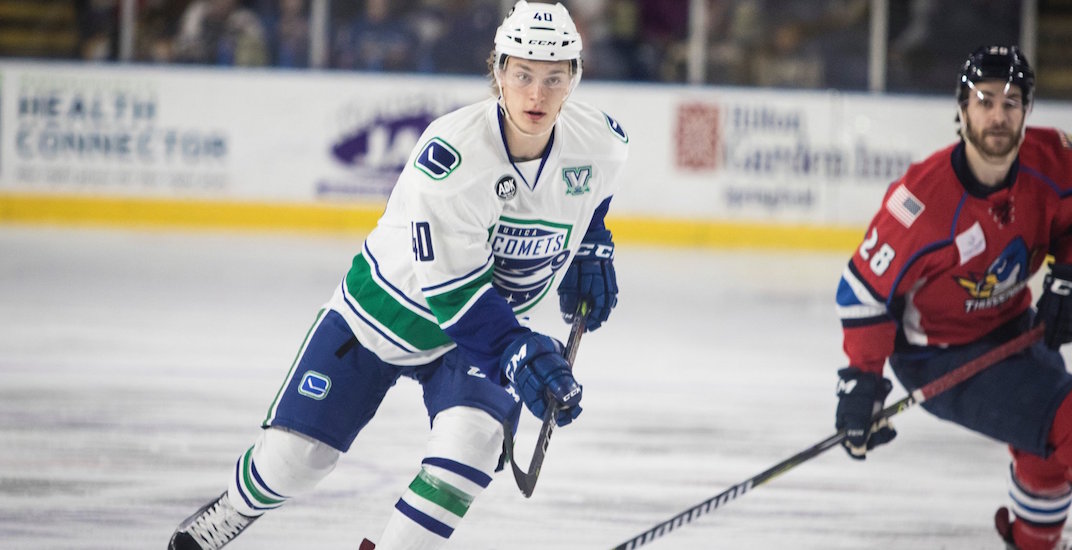 What a long, strange trip it has been for Canucks prospect Lukas Jasek.

A sixth-round pick by Vancouver in 2015, the Czech Republic native has bounced around different leagues in his home country ever since.

Jasek signed a two-year contract with a Czech Extraliga team last May, which seemed like a bad sign for a skilled forward who failed to register a single point in 18 games with Trinec in the top Czech league in 2016-17.

In 48 games with Liberec this season, his numbers were a little more respectable, scoring 18 points, which placed him ninth on the team in scoring.

Then, out of nowhere, Jasek was signed to a professional tryout contract with the Utica Comets last month, and for whatever reason, things have clicked for him since.

Since making his debut with the Comets on March 31, Jasek has three goals and four assists in six games.

That must have impressed Canucks management, because on Friday, April 20, Jim Benning announced that the team has signed Jasek to a three-year entry-level contract. Listed at 6-foot-1 and 172 pounds, he’ll need to put on weight and get stronger before making the jump to the NHL.

Until then, it’ll be interesting to follow Jasek’s progression in the AHL, which continues on Saturday when Utica begins the playoffs on the road against the Toronto Marlies.