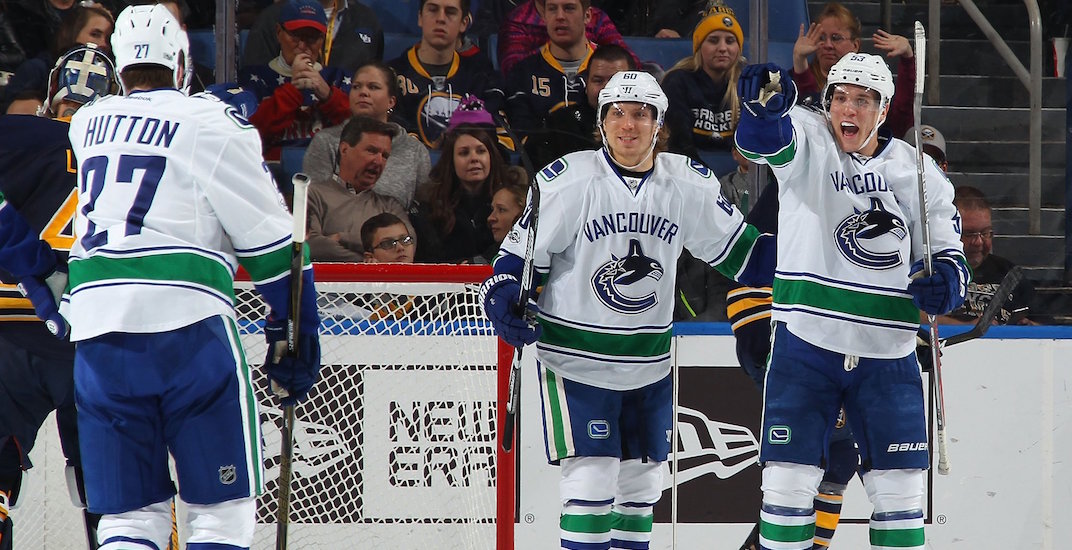 In a season filled with bad news, one of the true good news stories for the Vancouver Canucks in 2017-18 was their power play.

The team improved from having the second-worst power play percentage in the league (14.1%) under Willie Desjardins, to ninth-best (21.4%) in Travis Green’s first season.

Vancouver’s top unit was a mix of young and old, with veterans Henrik and Daniel Sedin, as well as Alex Edler, mixing with Bo Horvat and Brock Boeser to form a formidable first unit.

With the Sedins retiring and the Canucks seemingly content to enter next season with a youthful lineup, just how that first unit will look is anybody’s guess.

The Canucks’ top power play unit since 2006-07 has included Henrik Sedin quarterbacking on the half wall. He’s missed just 20 of 950 games since then, so it will seem odd when someone else takes his spot to start the year.

Daniel, for the most part, has played adjacent to Henrik, rotating between the slot and the down-low option.

To refresh your memory on how the team lined up this year, check out the image below. You can see Henrik (bottom-right) and Daniel (hashmarks) in their usual spots, with Edler on the right point, Boeser at the top of the left circle, and Horvat as the net-front presence. 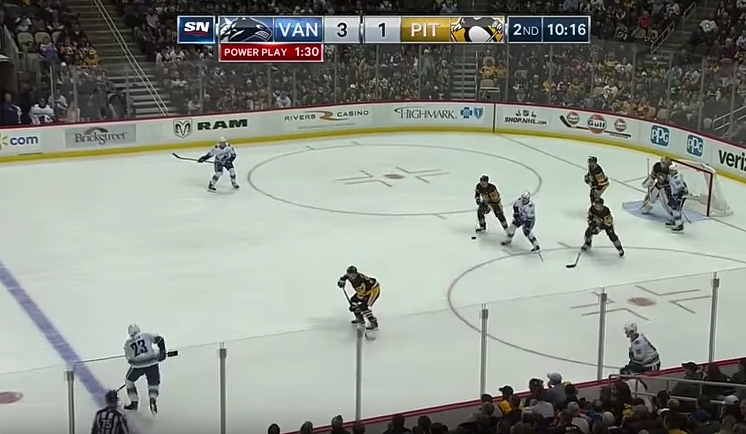 So what’s the plan going forward?

While the Canucks could sign free agents or make a trade, let’s focus on the current crop of players.

Boeser was great occupying the ‘Ovechkin spot,’ so he’s not moving.

The job of quarterbacking very well could fall to Bo Horvat, who likes Henrik, is a left-shot. Horvat doesn’t have the vision or passing ability of Henrik, though he’s as well-suited as anyone. And he certainly has a better shot.

Moving Horvat to Henrik’s spot would leave an opening for the net-front presence, which Loui Eriksson has done before. Eriksson is now the highest-paid player on the team, so they might as well try to get their money’s worth.

Daniel’s job is probably a suitable spot for Sven Baertschi (a left shot), although you could make a case for Sam Gagner (right shot) as well.

The job as power play quarterback will likely belong to Elias Pettersson one day, though counting on him to produce right away is a tall ask.

Maybe he’s ready, which would give the Canucks excellent shots on both sides of the ice – similar to Steve Stamkos and Nikita Kucherov in Tampa Bay.

But if he’s not, he’ll probably be relegated to the second unit.

There’s a number of forwards who will be vying for power play time on the second unit, including Markus Granlund, who played effective minutes as the net-front presence while Horvat was injured.

Jake Virtanen is right-handed and has a good shot, so he could be a one-timer option on the left side of the ice – a poor man’s Boeser, if you will. Green could also try to groom Virtanen as a net-front guy.

Other forwards in the mix include Gagner, Brendan Leipsic, and Nikolay Goldobin – as well as Adam Gaudette and Jonathan Dahlen if they make the team.

Edler should keep his spot on the top unit, leaving Derrick Pouliot, Michael Del Zotto, Troy Stecher, and Ben Hutton fighting for the last 1-2 spots on the second unit.

Pouliot saw the most power play time of any defenceman after Edler last season, and he took advantage of his opportunity with nine power play points.

Stecher, who led all Canucks blueliners in power play ice time the year before, could and should be given more of a look.

Hutton, who Green leaned on heavily early in the season, will need to find his way out of the coach’s doghouse first.

If I had to guess, here’s how the Canucks will start the season with their power play units: