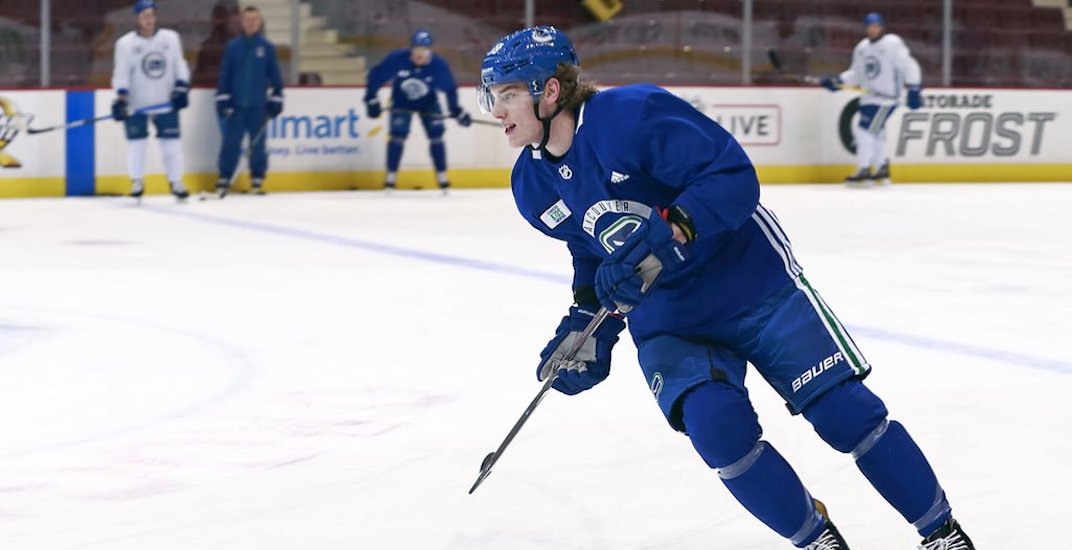 The Vancouver Canucks announced on Thursday that they have assigned Adam Gaudette to the Utica Comets.

After an outstanding preseason, where he forced his way onto the team, opportunities have been few and far between for the 23-year-old, who has found his way into the lineup just three times in nine games.

Gaudette, who has one assist in 11:31 of average ice time, hasn’t played in nearly two weeks. And with a player who doesn’t need to pass through waivers to be sent to Utica, sending Gaudette to the American Hockey League is an easy choice if he’s not going to get into Travis Green’s lineup.

This likely won’t be the last we see of Gaudette this season, as the Canucks are one injury away from calling him back up.

The Comets, by the way, have been enjoying an exceptional start to their season, winning all five games they’ve played. Reid Boucher leads them in scoring with 10 points, while Canucks cuts Nikolay Goldobin (nine points) and Sven Baertschi (eight points) are not far behind.

After going 3-1 on their most recent road trip, the Canucks are back at home for a pair of games, against Washington on Friday and Florida on Monday.