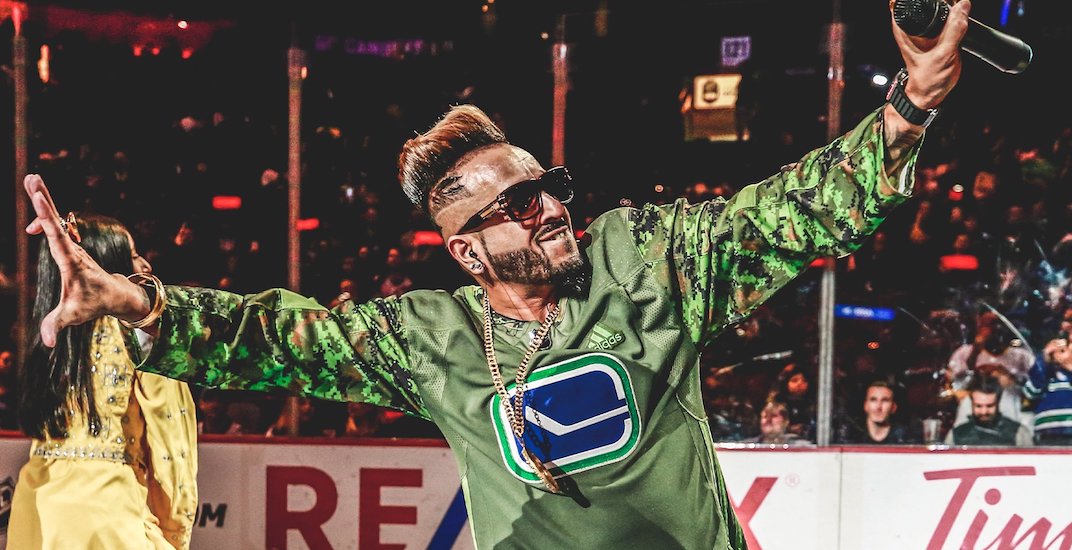 The Vancouver Canucks are getting a head start on Diwali this Friday.

For the third year in a row, the Canucks will dedicate one night to celebrating South Asian culture.

Honouring one of the most popular festivals in the South Asian calendar, Diwali Night this Friday will be “bigger and brighter” than ever, the Canucks say.

The commemoration of Diwali is the festival of lights, widely celebrated around the world. It’s recognized by several South Asian faiths, including Hinduism and Sikhism (Bandi Chhor Divas).

Dhol Drummers and 100 flash mob dancers in traditional dress will kick off the festivities at 5 pm outside of Rogers Arena on the North Plaza. Prior to the 7 pm game against the Washington Capitals, a Bollywood-style Canadian anthem will be sung.

Inside the arena, six complimentary South Asian food sample tables will be available on the concourse.

You can take an interactive photo outside Section 111 and enter to win lunch with Canucks assistant coach Manny Malhotra at his favourite Indian restaurant. You can even learn how to dance Bhangra at Section 101.

The ‘Crowned Prince of Bhangra,’ Jazzy B is back for a second straight year and will perform during the first intermission.

A DJ BIG musical set headlines the second intermission entertainment, while DJ Heer will be spinning tracks pre-game at the Party on the Plaza as well as post-game at the Rogers Arena SportsBar after party.

What: Honouring Diwali traditions and South Asian culture before, during, and after the Vancouver Canucks game against the Washington Capitals.